“But let judgment run down as waters and righteousness as a mighty stream.” Amos 5:24

I read with interest the media statement of the Hon Dr Ewart Brown dated March 12, 2018. Interestingly enough, these were the same words that I used at the end of my book entitled, ‘Let Justice Flow – A Black Woman’s Struggle for Equality in Bermuda’. (1999)

In Chapter 4, I describe the wrongful, unfair and unjust treatment meted out to me by the two top civil servants at the time. Mr Sinclair Richards was the Chief Education Officer and Mr Mansfield Brock was the Permanent Secretary.

On page 130, Dr Eva Hodgson, in spite of having three (3) Master’s degrees and a PhD in African and African American studies was frequently displaced by white expatriates.

In the Foreward, written by Dr Hodgson, she very aptly and clearly describes, ‘How Decision Making Blacks Treat Other Blacks’.

Mr Brock and Mr Richards have never been held accountable by this country for their unfair, unjust and wrongful treatment. It was a travesty. The whole nation stood idly by and let it happen to two of its fellow Bermudians.

Hon Former Premier, you are without excuse about knowing of the insults, injustices and indignities meted out to Dr Hodgson and me. You were the Premier from October 30th, 2006 – October 29th, 2010.

I have written every Premier from Sir John Swan to the present day Premier, the Hon David Burt. I have also written the Foreign and Commonwealth Office to the Rt Hon Jack Straw, the Rt Hon Robin Cook, the Rt Hon David Milliband, Baroness Symons and the Rt Hon Boris Johnson.

In a letter dated December 1, 2009, Hugo Frost, the Desk Officer of the Foreign and Commonwealth Office stated:

“I note the grievances raised about your experiences of employment in Bermuda but have to advise you that these issues are the responsibility of the Government of Bermuda, rather than the Foreign and Commonwealth Office.

“Should you wish to take your grievances further I suggest you contact the Ombudsman or the Human Rights Commission.”

Lost Cause! Did these organizations have the grit, gumption, guts and the will to take the bull by the horns with Bermuda’s vexing problem of institutionalized racism by whites and internalized racism by blacks? Not in my opinion!

What were some of my experiences when you were Premier?

Former Premier Brown, what is justice? Justice is conduct that shows that one is acting in accordance with what is morally right or fair.

Now that the shoe is on your foot you want to scream justice. What about the 40 years that Dr Hodgson and I have been fighting for Justice? The silence has been deafening. Do I expect to get Justice? Of course, because I have come to the place where God is all I have and God is all I need.

He will intervene in this country and ensure that Dr Hodgson and I get Justice. If there is no Justice for us, then, there is no for anyone else in Bermuda.

I declare and decree that until we get justice, the public school system will be a failure.

If you want justice, Mr Former Premier, start with two of your subjects who were ignored and never had a job commensurate with their competencies, skills, qualifications and abilities. Then, only then, after they have gotten justice, will it be your turn for justice. 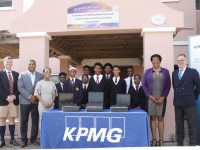 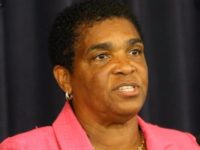