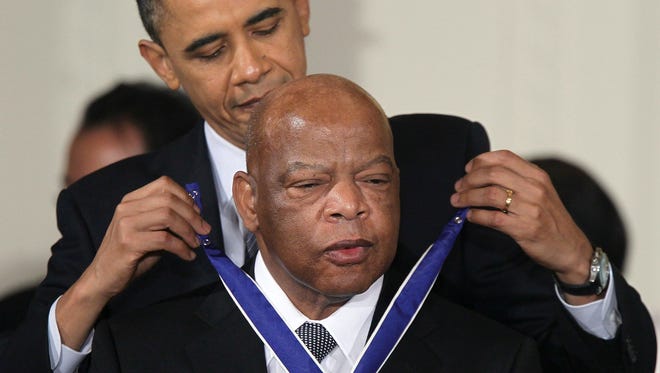 The Georgia lawmaker had been suffering from Stage IV pancreatic cancer since December. He was 80.

The son of Alabama sharecroppers, Lewis served in Congress for more than three decades, pushing the causes he championed as an original Freedom Rider challenging segregation, discrimination and injustice in the Deep South – issues reverberating today in the Black Lives Matter movement.

Along with Martin Luther King Jr., he was an organizer of the March on Washington in 1963, a seminal moment in the Civil Rights Movement that led to the passage of voting rights for Blacks two years later.

“(A)ll these years later, he is known as the Conscience of the United States Congress, still speaking his mind on issues of justice and equality,” Obama said in 2011, as he was bestowing the Medal of Freedom. “And generations from now, when parents teach their children what is meant by courage, the story of John Lewis will come to mind – an American who knew that change could not wait for some other person or some other time; whose life is a lesson in the fierce urgency of now.”

A national figure at an early age

Apart from the Freedom Riders, a group of black and white civil rights activists who rode interstate buses to fight segregation across the South, Lewis was one of the founding members of the Student Nonviolent Coordinating Committee, which advocated for civil rights with demonstrations at lunch counters and voter-registration drives.

After four African American college students sat down on Feb. 1, 1960, at a whites-only lunch counter at a Woolworth’s in Greensboro, North Carolina, Lewis helped organize similar sit-ins around the South that drew national attention to the rampant racism that pervaded southern states.

“Martin Luther King Jr. was so pleased. He was gratified, He was deeply moved and touched to see this new militancy on the part of the students,” the congressman continued. “He knew then that his message of non-violence and passive resistance would live, and it would be moving around the South, embedded in the very being of these young people.”

Arrested, jailed and beaten for challenging Jim Crow laws, Lewis would become a national figure by his early 20s. He later became the youngest of the Big Six civil rights leaders and, at 23, helped organize the March on Washington. There, he provided a keynote speech at the landmark event for civil rights.

“As it stands now, the voting section of this bill will not help the thousands of black people who want to vote,” Lewis said. “It will not help the citizens of Mississippi, of Alabama and Georgia who are qualified to vote but lack a sixth-grade education. One man, one vote is the African cry. It is ours, too. It must be ours.”

Two years later, he helped organize the voting-rights march in Alabama that became known as “Bloody Sunday,” when state troopers attacked demonstrators, a nationally televised melee hastened passage of the Voting Rights Act. Lewis’ skull was fractured in the demonstration

His death comes shortly after the release of a new documentary that’s giving a new generation of civil rights activists a timely glimpse into his historic contributions.

“My greatest fear is that one day we may wake up and our democracy is gone,” Lewis, 80, says in the film.

A civil rights leader in Congress

In Congress, the soft-spoken Lewis was known for his work on voting rights. He long fought for more access to the polls, particularly for voters of color. In December, he banged the gavel in the House signaling passage of a voting rights bill he had championed.

A close ally of Speaker Nancy Pelosi, D-Calif., Lewis served in leadership posts. But the Georgia Democrat’s real power came from his stature as a civil rights icon. Lewis was one of the first lawmakers new members wanted to meet and he remained a revered figure, both by Republicans and Democrats, until his death.

“How fitting it is that even in the last weeks of his battle with cancer, John summoned the strength to visit the peaceful protests where the newest generation of Americans had poured into the streets to take up the unfinished work of racial justice,” Pelosi said in a statement after Lewis’ death. “In the Congress, John Lewis was revered and beloved on both sides of the aisle and both sides of the Capitol.”

Lewis often feuded with President Donald Trump, clashing over civil rights and voting rights. In September, Lewis urged his colleagues to begin impeachment proceedings against the president, telling them: “the future of our democracy is at stake.”

He boycotted Trump’s inauguration after the president attacked  him and his congressional district via Twitter. Lewis called Trump’s presidency illegitimate because of the Russian government’s clandestine campaign to sway the election in his favor.

In 2017, the congressman boycotted the opening of a civil rights museum in Mississippi because Trump was invited. Lewis and other members of the Congressional Black Caucus attended a separate ceremony.

Lewis called out Trump for his tweet last year telling four congresswomen of color to “go back” to their countries of origin.

“I know racism when I see it,’’ Lewis said in response.

He embraced the Black Lives Movement, telling the Washington Post in an interview in June that he was “inspired” to see throngs of people marching in the United States and around the world.

Last month, in one of his last public appearances Lewis joined Washington, D.C. Mayor Muriel Bowser at Black Lives Matter Plaza. The two posed for pictures where the yellow letters of Black Lives Matter are painted on the street leading up to the White House.

A best-selling author, he championed civil rights throughout his career. His graphic memoir, “MARCH,” won the National Book Award for children’s literature in 2016.

He led an annual pilgrimage back to Selma, Alabama, where he and other members of Congress marched across the Edmund-Pettus bridge to commemorate the 1965 march from Selma to Montgomery.

“I think it’s so fitting and so right that this group is able to go there and to go back to that site … where (King) said, ‘I have seen the Promised Land. I may not get there with you, but as a people we will get there,’” Lewis told USA TODAY.

In 2016, Lewis led a sit-in of Democratic lawmakers on the House floor, halting legislative business as they demanded a vote on gun control legislation.

“What is the tipping point? Are we blind? Can we see? How many more mothers, how many more fathers need to shed tears of grief before we do something?” he said then. 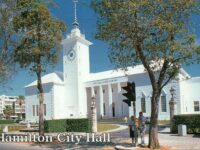 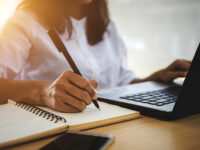 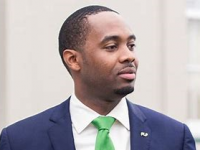