The Bermuda Police Service released two images today in connection with that early morning sexual assault near the entrance to Fairylands on Sunday (Sept 20).

In a statement released this afternoon, Detective Superintendent Nicholas Pedro, of the Serious Crime Division said: “We believe someone in the community may recognise the person on this bike, whether they saw them that same morning, or because they know them personally.

“Detectives are continuing to comb through the evidence obtained so far,” he added.
“The images show a person on a motorcycle at the junction of Par La Ville Road & Front Street at 6:30am and we believe the cycle may be a YAMAHA GT 125, ‘Ferrari’ red in colour.
“We implore anyone who has any information or idea of the identity of this person to make contact with us without delay.
“The suspect is believed to have left this area soon after these images were captured, and brutally sexually assaulted the victim at knifepoint on Fairylands Road.
“We are confident the public will help us solve this case, and urge people to come forward in confidence to the Vulnerable Persons Unit. Acting Det. Inspector Sharnita Tankard can be contacted on 247-1739, or 717-0709.
“Alternatively, call Crime Stoppers on 800-8477. Or call the main Police number on 295-0011.
“Please, call today.” 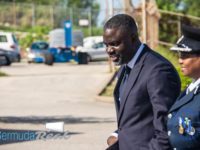 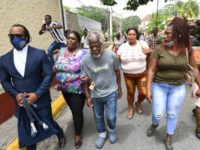