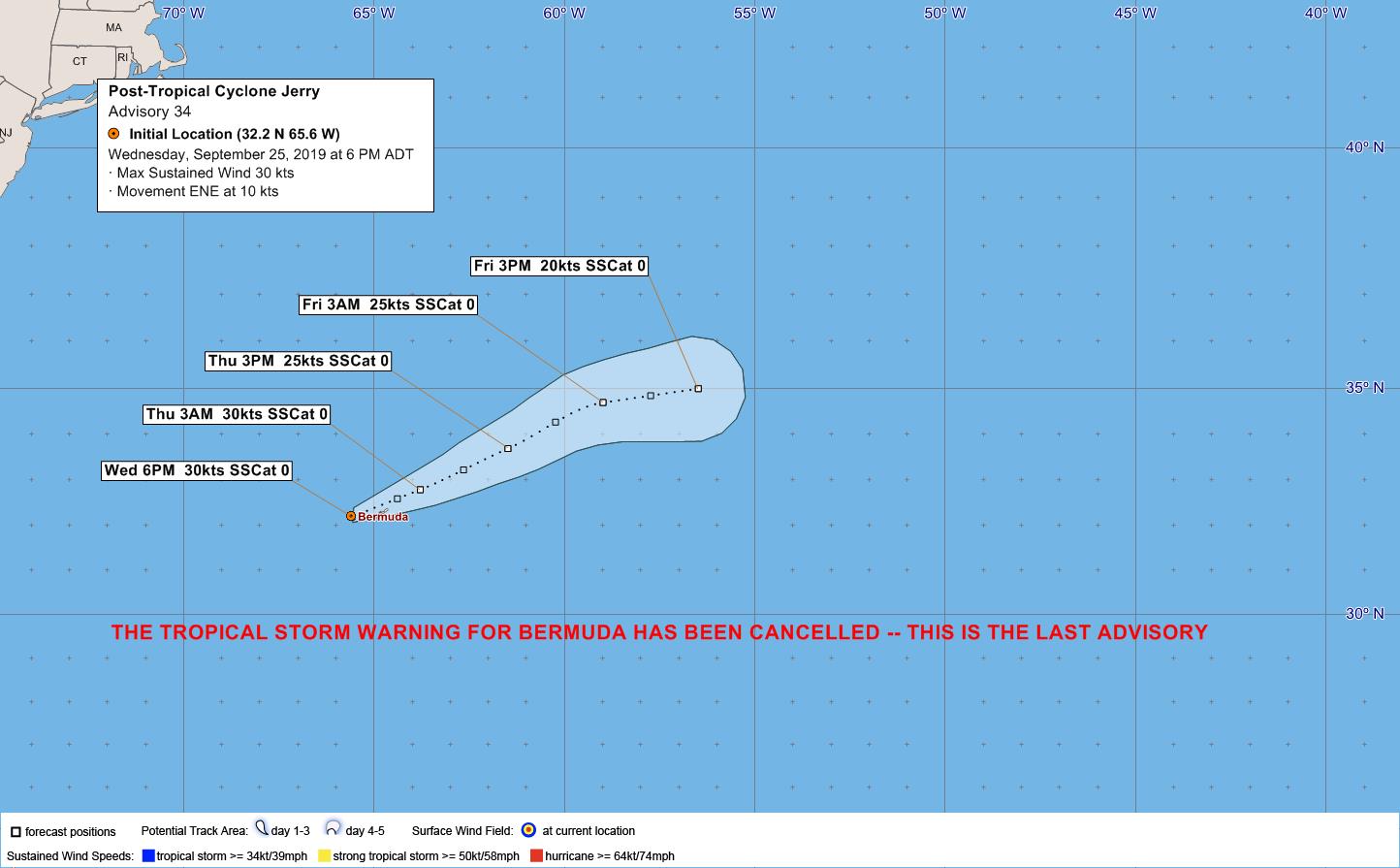 Forecasters lifted the tropical storm warning as “the remnants of Jerry” quietly moved away from the local area Wednesday night.
But according to the Bermuda Weather Service (BWS), Tropical Storm Karen now poses a potential threat to Bermuda, although “high pressure building to our west will likely hinder it’s northward progress”.
Karen’s closest point of approach to Bermuda within 72 hrs is forecast to be 323 nm to the SSE, around 9am on Friday, September 27.
“This system may move closer to Bermuda after this time period depending upon its track,” the BWS said.

The National Hurricane Center (NHC) added. “A north- northeastward to northeastward motion with a decrease in forward speed is expected through early Friday.

“Karen is then expected to slow down and make a clockwise loop over the southwestern Atlantic into the weekend.

“Maximum sustained winds are near 45 mph [75 km/h] with higher gusts. 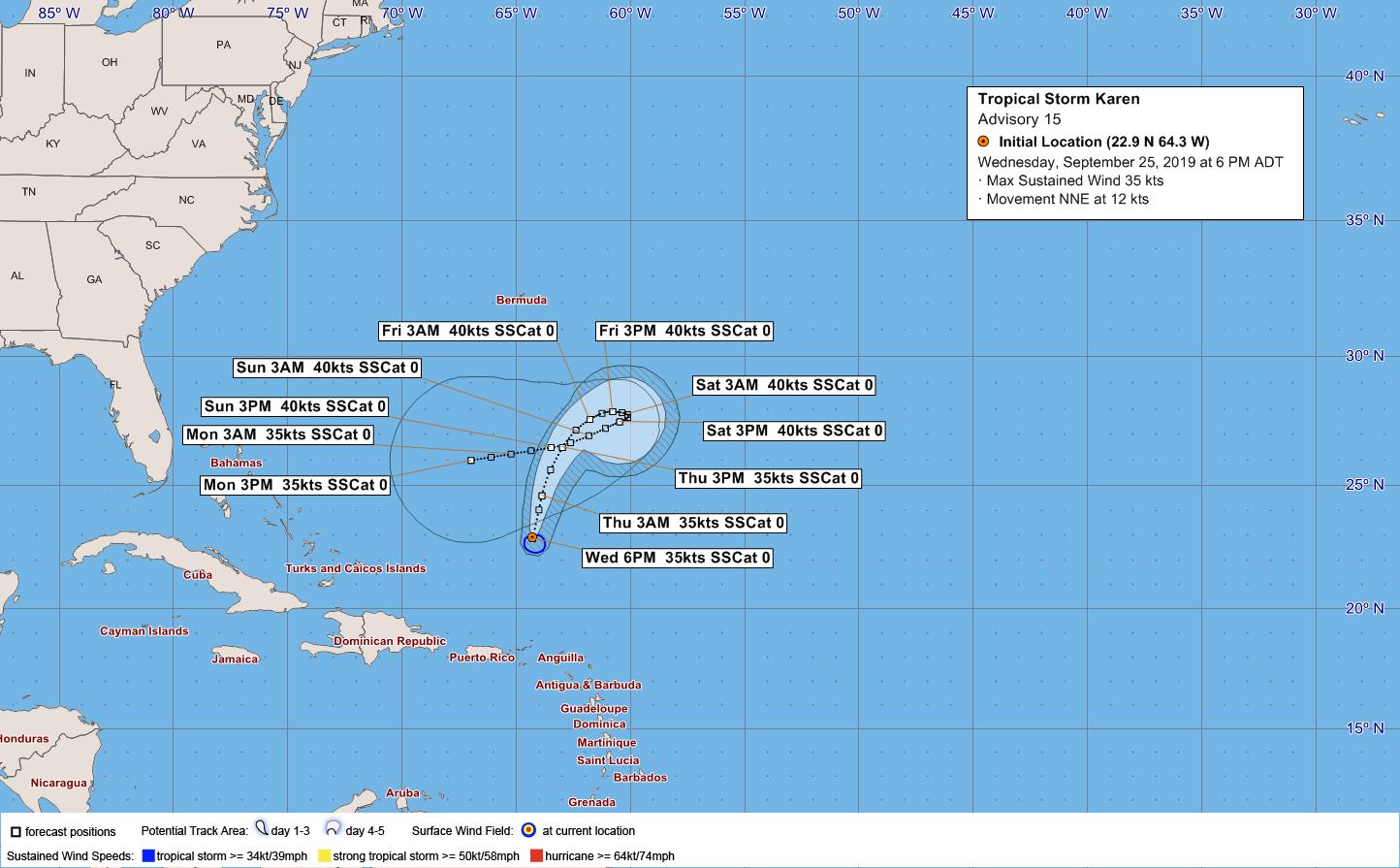 The NHC said: “Lorenzo is forecast to become a major hurricane on Thursday, with some additional strengthening possible through Friday.

“Hurricane-force-winds extend outward up to 35 miles/55 km/h) from the center and tropical-storm-force winds extend up to 205 miles/ 33 km/h). 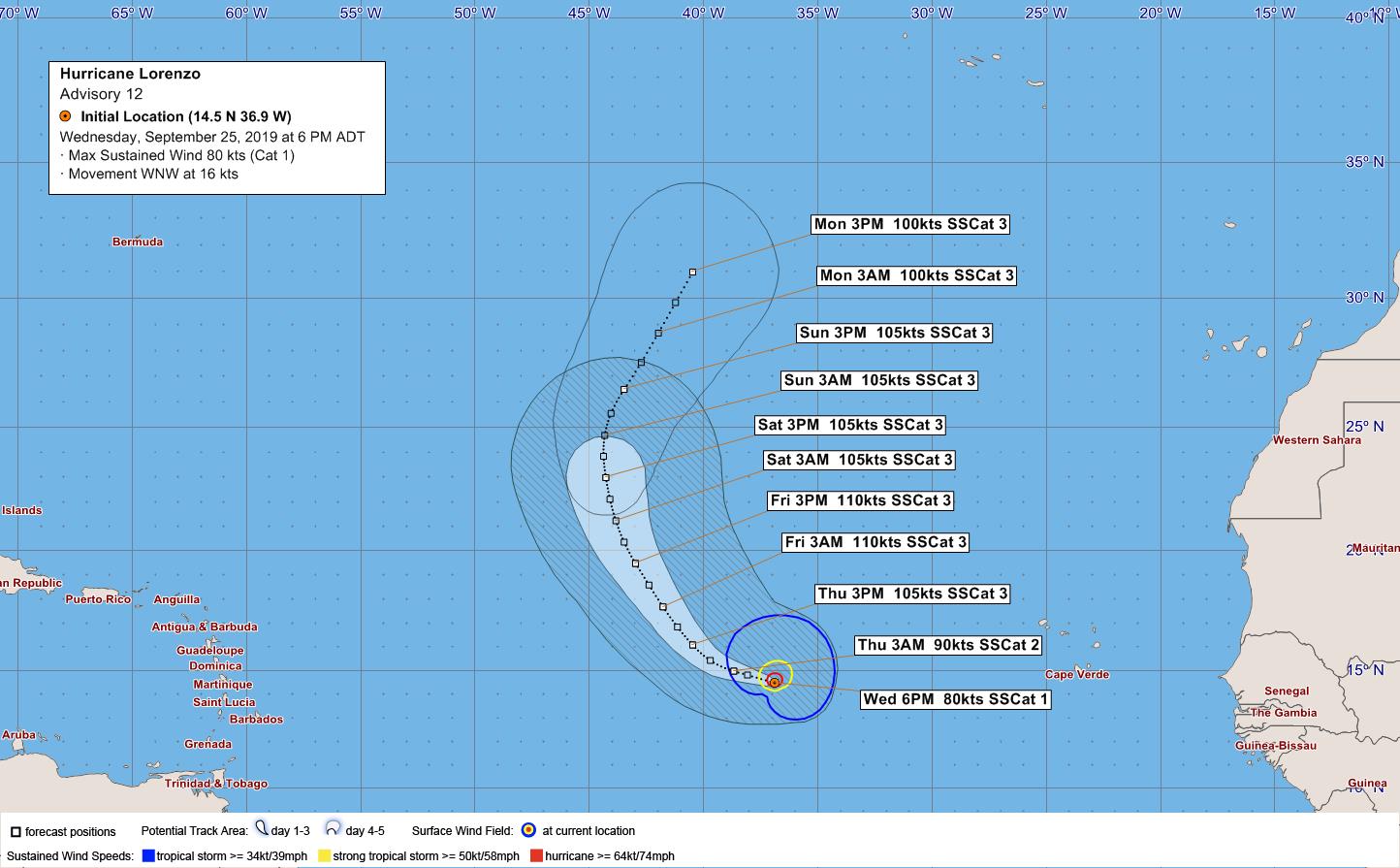