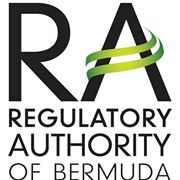 News Release: Hamilton, Bermuda – The Minister of Home Affairs, Walter Roban, is pleased to announce the Regulatory Authority’s approval of the operating licence for the new solar farm at the ‘Finger’ at L. F. Wade International Airport.

The licence marks the culmination of many months of hard work on the part of both the Regulatory Authority and the project’s developers, Saturn Solar Bermuda, and is the first license to a fully-independent power producer. The only other entities who hold generation licences are BELCO and the Government-owned Tynes Bay Waste-to-Energy facility.

The project had its beginnings in late 2015, when consultants were hired to assist the Department of Energy with crafting a procurement to ultimately select the best developer for the project. It was always envisioned that the project would be owned privately, and the project would also be separate from the airport redevelopment.

After a rigorous selection process, Saturn was selected as the most experienced bidder who would be able to deliver power to the grid for the lowest possible price. With this licence, Saturn will provide power to the grid at 10.3 cents per kilowatt-hour. The six-megawatt installation will offset a portion of Bermuda’s variable peak power demand. Note that because the project does not include storage – as that would have increased the power purchase price – it does not displace any generation assets, but rather stabilizes and decreases a portion of the fuel used to supply power to end users.

The solar farm uses about 19 acres of otherwise unusable land, as it is surrounded by the airport and the waters of Castle Harbour. The panels themselves are placed on a tarmacked area of disused runway, preserving much of the vegetation on the perimeter of the peninsula. This means that the panels are largely obscured from most viewpoints, minimizing their visual impact.

Among the many who contributed to the success of this project apart from Saturn Bermuda are:

•         Onsite Engineering (for their work going back to the tender period)

•         Castalia Advisors (consultants throughout the project from the time of inception)

Last but certainly not least, the Bermudian workforce on the ground building this project deserve tremendous kudos. As of March 31st, there were 31 Bermudians representing the majority of the work force, with over 1,500 man-hours of labour supplied.

Minister Roban looks forward to the Saturn project being fully operational in the next few months, if not sooner. “This project, the first of its kind, proves the concept that large-scale solar power is not only viable for developers, but beneficial to all rate-payers.

“This new solar farm opens the door to a cleaner future of power generation for Bermuda, one in which Bermudians can fully realize the potential of brown-field sites throughout these islands.

“The Department of Energy continues working to identify other potential development areas on Government lands and buildings and we look forward to seeing more projects like this as the timelines of the IRP are met.”

NYC Gets Hit With Second Snowstorm In A Week, Could See Up To Seven Inches Of Snow