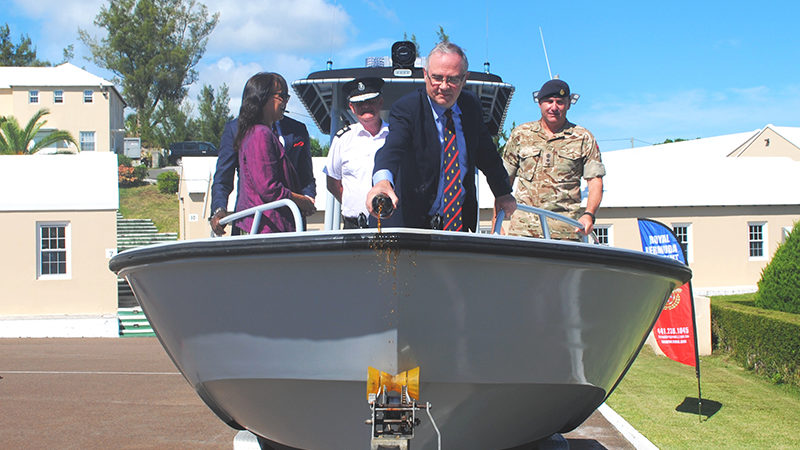 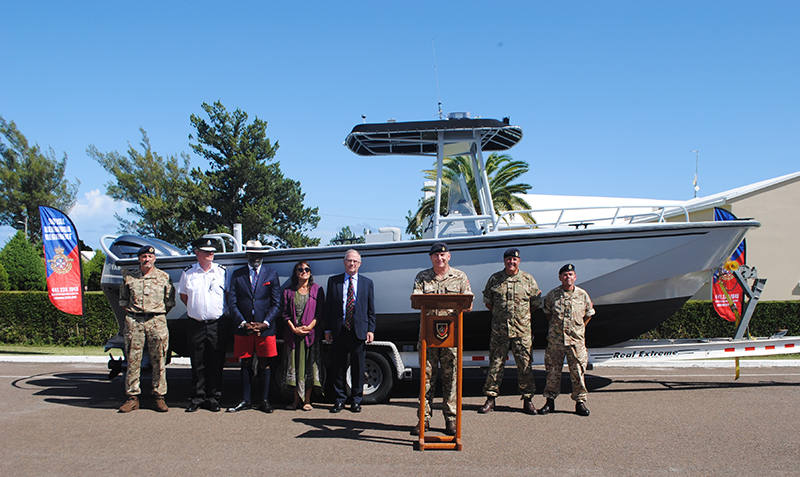 Governor Rankin said: “Ensuring the safety of people in Bermuda is the top priority of all of us in our respective roles – ensuring safety on land and also ensuring safety at sea.”

The RBR Commander-in-Chief also thanked the Bermuda Police Service (BPS) for the role of its marine unit.

“I am equally delighted that the Royal Bermuda Regiment is now expanding its role, in conjunction with the police, to ensure safety at sea,” he added.

He also noted that the new boat will play a key role in RBR Coast Guard operations.

“That’s not going to be achieved overnight – we need all the services with experience in this area to work together, but this is an important first step.”

The Governor also said that he was “satisfied” that the regiment’s Boat Troop would “operate in a professional fashion and further develop the capacity in this area over the coming months”.

Mr Caines added: “This might seem like just another boat, but this is the start of something spectacular.

“It’s something you don’t often see – both have areas of expertise and both could have stayed in their own silos of responsibility, but both see the benefit of pooling their resources to the benefit of the community,” he added.

He also urged residents and visitors alike to exercise “responsible driving and responsible behaviour on the water”. 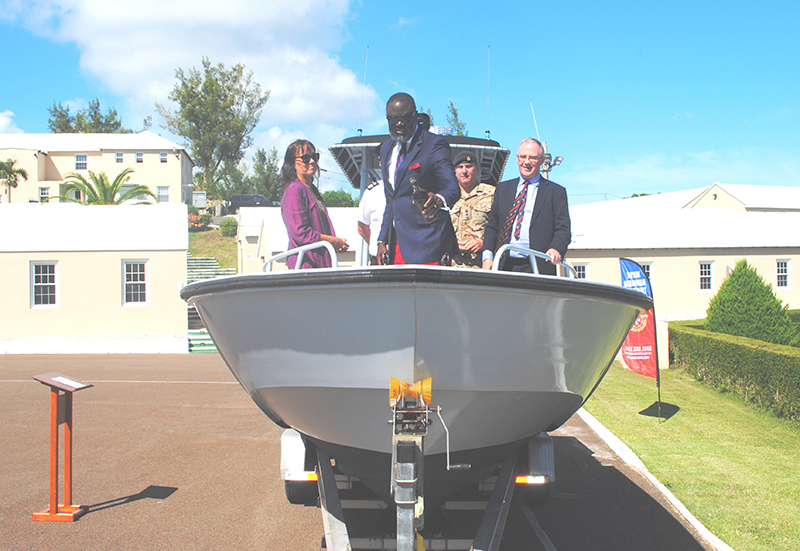 He also noted that the Boat Troop had worked with the police for 15 years on joint maritime operations in inshore waters.

“This has resulted in the RBR Boat Troop gaining valuable operational experience in supporting and reinforcing the BPS marine unit with general patrols during the summer and special events such as Cup Match, the America’s Cup and public holidays over the years,” said Colonel Curley.

Police Commissioner Stephen Corbishley noted that the joint services operation last weekend found and rescued the young man who fell off a boat in Hamilton Harbour.

“That is the tangible effect of what we’re seeking to offer,” he said.

Royal Navy Commander Marcus Jacques, who is based in Key West, Florida, also attended the ceremony. He was asked by the Governor to help “move the Coast Guard forward and give a slightly different perspective on how that might be achieved”.

Pleased with the work done and the outcome, Sgt Maj Patterson said final result took “more than a year’s work by part-time volunteer soldiers” that “did not interfere with their operational commitments”. 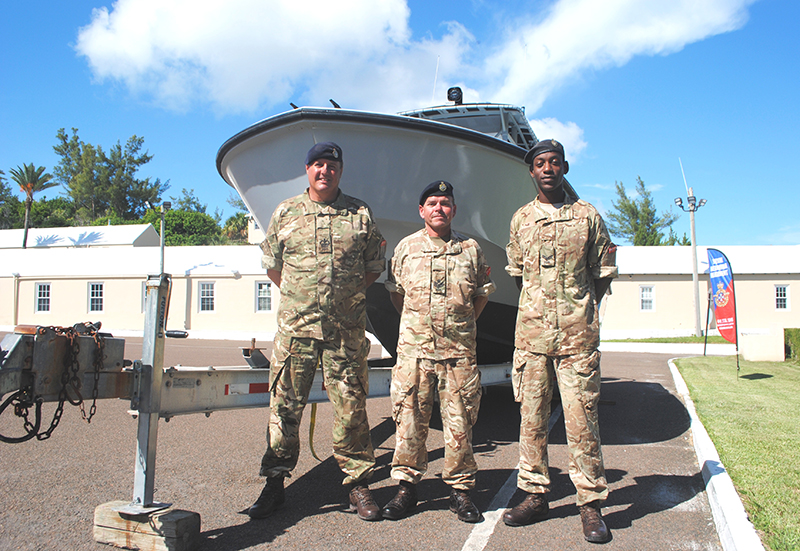 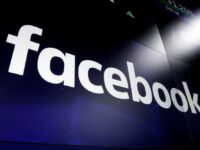 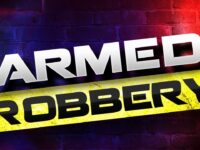