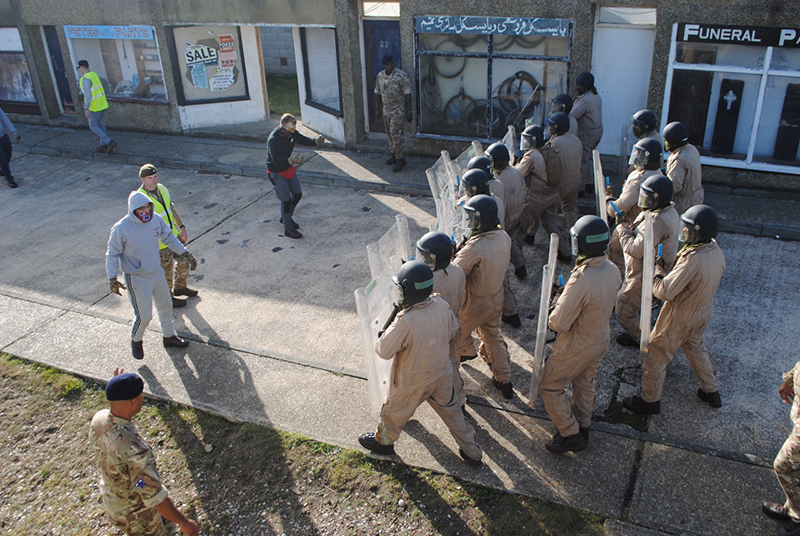 Lance Corporal Ryan Flood, 32, is one of about 100 soldiers engaged in the training exercise.

After his platoon faced down soldiers from the RAR he said: “I think it went really well.

“I wasn’t nervous because I’ve done this kind of training before, but a lot of this is new and I’ve had to learn a lot.

“But once you get into the scenarios, it all makes sense.”

The Devonshire resident completed his mandatory term in the Regiment in 2009 and rejoined the regiment three years ago because he missed soldiering.

“The facilities and everything at Lydd are great,” he said.

“I”m excited to get into the riot training. I am in Motor Transport in the RBR, so I don’t get the chance to a whole lot of this kind of thing.” 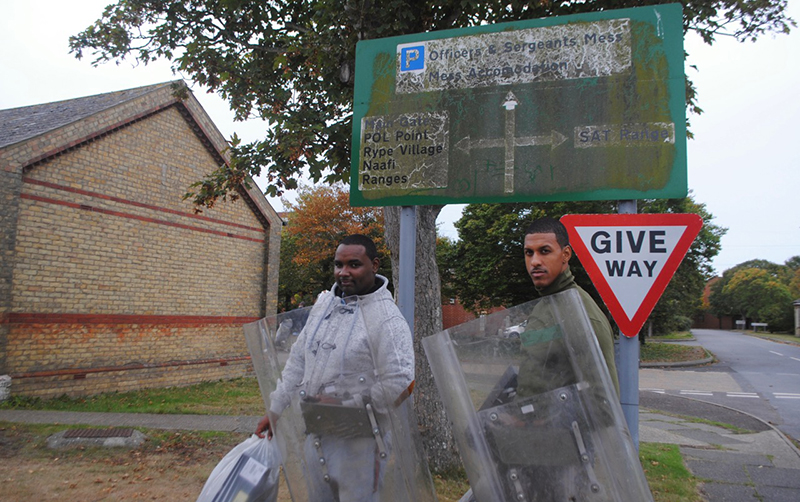 Pte Netra Dahal, 32, a chef at the Cambridge Beaches resort in Somerset, said it was his first visit to Britain and he welcomed the chance to travel and learn “something new”.

“I’m enjoying it. It is sometimes hard to understand things you’ve never done before, but, with practice, I’m getting better,” he said.

Pte Dahal, who lives in Sandys but is originally from Nepal, said he had even got the chance to meet some of his fellow countrymen in Lydd because soldiers from the Gurkha Rifles, raised in his homeland, were also on exercise at the base.

“They were surprised to see someone in an RBR uniform – they didn’t know where Bermuda was until I explained.”

The two were speaking after the island soldiers arrived in Britain in on Monday for two weeks of tough training with British Army experts to further polish their skills in public order and internal security on Exercise Active Shield.

Corporal Ahmed Hill, of A Company, the RBR’s specialists in the field, said: “It’s basically to better my techniques and learn something new.

“I’m looking forward to it – it’s more physical and I would rather be doing something which is more on the military side.”

He was speaking as the soldiers were issued helmets, shields and other protective equipment on Monday, their first day at the Kent training ground.

He added it was his first time training in the UK and that he was prepared to be pushed to the limit, although he has carried out previous training in public order duties, not only in Bermuda, but also with the US Marine Corps in North Carolina. 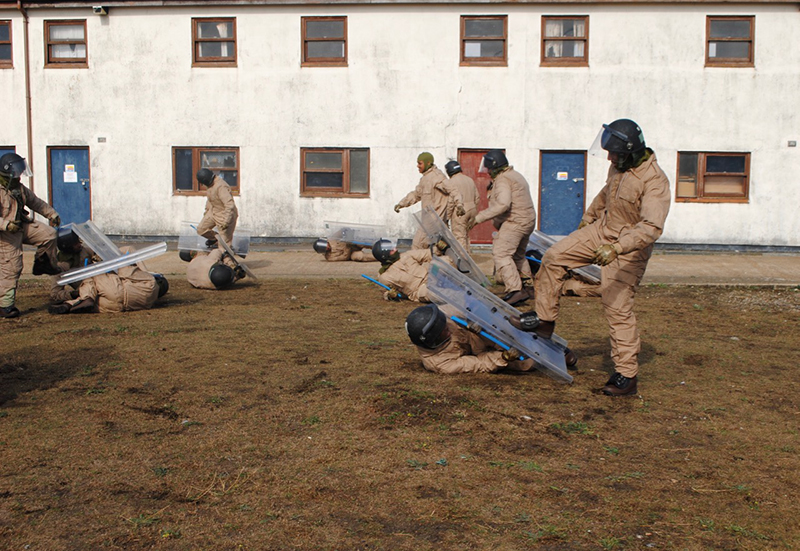 Cpl Hill, who works for building supplies firm Baptiste, said: “You will get different aspects of things wherever you go.

“It makes you a better person and you benefit from that, even in your civilian life.”

Lance Corporal Irving Forde, 25, from Pembroke, added: “We will be training hard. It’s my first time in Britain on a training course and I think we can learn a lot from the British Army while we’re here. I’m looking forward to it.”

Major Preston Gill, the officer commanding the exercise, said the soldiers would also do marksmanship and live firing on longer ranges, which also include sophisticated moving targets that are not available in Bermuda.

“We are well versed in public order and internal security, but we want to have a common operating standard that has been validated by the British Army.

“This will give us the same training as British Army units that deploy on domestic or international operations that involve public order or internal security work.

“Usually, we have to deliver our own training, but here the whole company will go through the training, which is something we can’t do in Bermuda.

“It will also give us interoperability with any British forces which deploy to the Caribbean area, whether it’s for disaster relief or internal security. Other services will know we came here and did what the British Army does, which will give them great confidence. 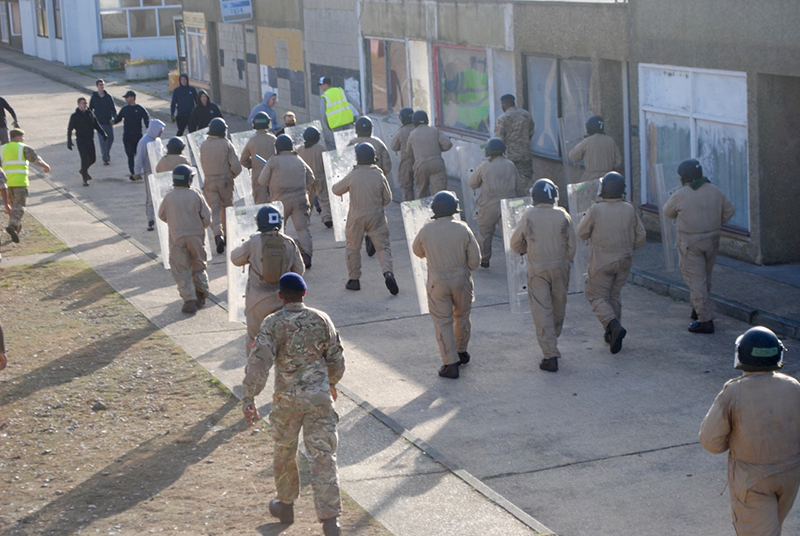 “This will give us huge credibility with the Government and other agencies in Bermuda, as well as with our international partners.”

Maj Gill added: “We’ve learned some great lessons from the British Army, but several of our Senior Non-Commissioned Officers have completed a public order training course with the British.

“It’s been Bermudians teaching Bermudians about the most up-to-date tactics, but we have had soldiers from the Royal Anglian Regiment assisting.

“We have used the equipment we normally use, but we’ve had extra equipment and some new tactics.

“The troops did very well and worked hard and we expect that to continue.”

Maj Gill stressed that the island was still protected by B Company soldiers trained in humanitarian aid and disaster relief as Jerry was possibly threatened Bermuda.

“B Company is still in Bermuda – we have enough resources to go around.”