PricewaterhouseCoopers Limited has been commissioned by the ACBDA to determine the economic impact of the 35th America’s Cup on Bermuda.

According to Minister of Economic Development Dr Grant Gibbons, the independent study will be completed by October.

In a statement released this morning, Dr Gibbons said: “Without a doubt, Bermuda has never hosted an event of this magnitude, and our success has already put us in an excellent position to host future international sporting and leisure events of similar scale.

“Although it is understood that AC36 will be held in New Zealand, decisions by teams, including the location of their bases, will be influenced by the timing of AC36, the style of boat and other race protocols for potential World Series events and races leading up to the finals. It is anticipated that announcements regarding AC36 will be made by the new Cup holder over the next weeks and months.”

He also said legislative amendments may be required “to continue existing concessions provisions”.

AC35 champions Emirates Team New Zealand, Team France and Land Rover BAR are due to leave Bermuda by the end of July, while efforts are underway to allow Oracle Team USA, Artemis and Softbank Team Japan “the ability to maintain some presence in Bermuda even if it is substantially scaled down”.

“This may require legislative amendments to continue existing concessions provisions. ACBDA is working with departing teams to facilitate their exit and will continue to liaise with the other teams regarding their future plans,” said the Minister.

While the America’s Cup Event Authority is winding down operations, Cross Island, the site of the AC Village is expected to be clear by the end of September.

“The new infrastructure underneath Cross Island is permanent, flexible and available for future use. This includes IT, water, drainage, electricity and sewage,” said Dr Gibbons.

“Additionally, ACBDA will produce an event report by September that will detail their work and describe how AC35 was delivered. ACBDA currently plans to wind down by the end of the calendar year,” he added.

He also noted that “Bermuda received extraordinary visibility on the world stage” as a result of “this prestigious sailing event”. 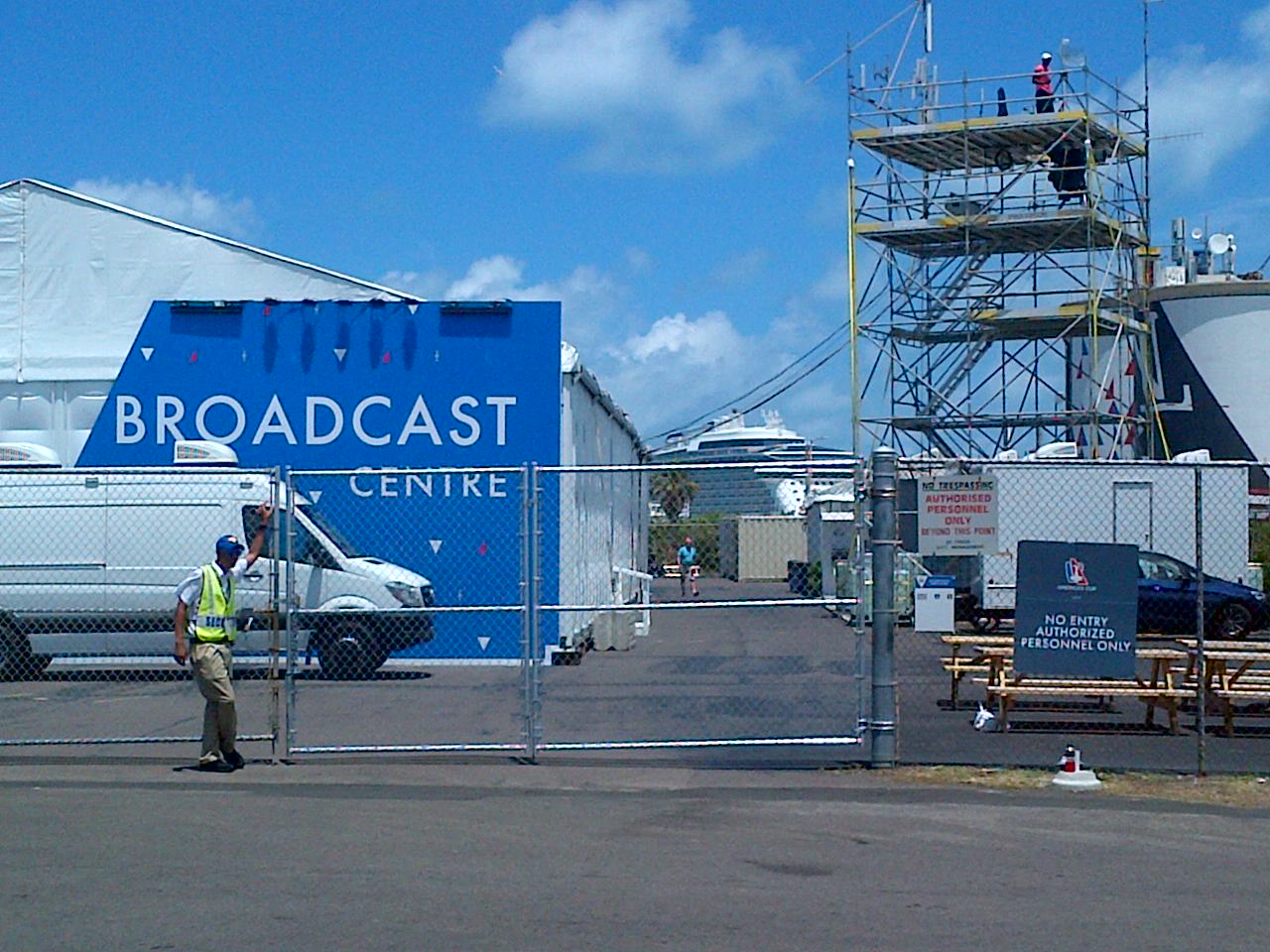 “Bermuda received extraordinary visibility on the world stage as the Cup was broadcast to 162 countries with millions of people watching. This is only a snapshot. More details about Bermuda’s media exposure will be released as part of the final assessment report. Over 100,000 people visited the Village over 22 days, there were 62,315 booked tickets on the special AC ferries alone, and some 2,000 boats registered as spectators of the event,” he said.

“Bermuda hosted over 460 visiting boats, with over 80 of them being superyachts. We received extremely positive feedback from the owners and captains of these boats, some who had never been to Bermuda before. As a result of this success, we have been developing a long-term superyacht policy and legislative framework. Another positive feature of AC35 has been the development of new marinas and marine services at the Hamilton waterfront, Hamilton Princess, Caroline Bay and the facilities at South Basin in Dockyard.

“Small Bermudian-owned businesses also benefited from AC35. ACBDA formed partnerships with the Bermuda Economic Development Corporation, the Bermuda Chamber of Commerce, the Imperial Group and others to support small-business involvement during the events. More than 30 Bermudian small businesses, some of them new, were represented in the AC Village, and our food and beverage vendors enjoyed a huge volume of business.”

The Minister also commended the many organisations, businesses, residents and volunteers who helped to make the AC35 being hosted in Bermuda possible.

On that note, he concluded: “AC35 required extraordinary coordination and collaboration to be such a spectacular success. These volunteers became yet another Bermuda team that performed superbly and demonstrated what Bermuda can accomplish by working together.”