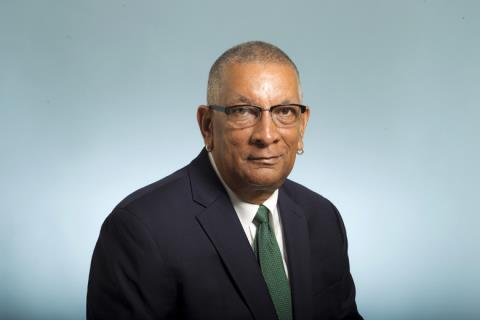 In his Ministerial Brief delivered on Friday,Col Burch said the “enabling legislation”, enacted in 1986, set “the general legislative framework”. More regulations followed in 1988 to set “the parameters for the management of the island’s public park system”.

“This legislation is over 30 years old and does not best reflect the issues of the day,” he said, while noting that the Act passed in 2009 “was approved but not brought into force. However, the enactment of this Bill…will effectively bring both, the amendments in the Bermuda National Parks Amendment Act 2009 and the proposed amendments in this Bill into force.

“The combination will provide a much improved structure to manage the park system with better enforcement powers to protect our most sensitive areas and it will provide services to benefit the island.”

It also sets out a new fee structure to replace “nominal” fess for “a variety of goods and services” provided by the department, including “the provision of venues for social events and weddings, the rental of buildings and admission into attractions”.

With the exception of the $14-a-day-camping fee, he said the recent review also “discovered that the collection of all other fees over the years had not been authorized”. Under the parent act “there is no provision for the numerous fees for services and related goods.”. The “discrepancy was detected in November 2016. As a result, Col Burch said: “All fees were suspended until they could be formalized.” And “many of the services were not heavily subscribed to” and “new products and relevant services were identified that would also require the introduction of new fees”.

Additionally, he said: “The existing fee structure can be perceived as convoluted and would benefit from the realignment, as currently different sites within the park system, purposed for similar functions are being rented at different rates.

“An example of this is the difference in renting an area at Fort Scaur as opposed to an area at the Botanical Gardens. As such, one fee structure that is reflective of the site and size of the event will simplify the process. The current rate schedule was low and it could be argued that the fees were not representative of the true value of the services provided.

“The goal of the Government is not to gain a profit but to provide and ensure high quality services, in keeping with the tenants of the legislation,” said the Minister. “To remedy this,” he said amending the Act “to provide powers to charge fees for services and related goods” by the department will ensure that the “appropriate powers are provided within the Act. And new regulations will be enacted to appropriately charge for current and future services and related goods”.

After “consistently” charging members of the public for most of the services offered over the years, he said: “They already have an expectation of and are accustomed to paying a fee for the various services and usage within the park system.”

The new fee structure was developed to “ensure” that fees “can be legally collected”, to “place the Department in good standing in accordance with legislation and allow for the collection of revenue for the Government of Bermuda.

On the “different types” of “protected areas”, he said: “Areas representing the most important sites for the conservation of nature, including key habitats and populations of rare plants and animals are designated as Nature Reserves.

It was also “recommended that several parks be reclassified as nature reserves to reflect their importance as wildlife refuges”.

“Government-owned areas currently managed for public use, but not protected under the Act need to be added to the schedule. This includes new parks and nature reserves on land acquired or re-purposed since 1986.” And “some areas were identified that should be removed from the schedule as private ownership has been established, or managing them as part of the National Parks System has become impractical”.

With these amendments, he said: “The total number of proposed areas protected… will be increased from 98 protected areas to 112. The amended total area of the Parks System is 1,129 acres or 457 hectares. This is an increase to the system of 90 acres or 36 hectares,” he said, including 16 new protected areas:

The new Bill includes “the addition of three existing protected areas, omitted through clerical error in the Bermuda National Park Amendment Acto 2009”, including:

Seven “existing amenity parks or portions of parks” were also reclassified as Nature Reserves “to better recognize their importance as wildlife refuges”. These new nature reserves include:

Two small nature reserves, namely Godet Island and Godet Rocks Nature Reserves were removed from the list, “as private ownership was established in June 2009 by deed and confirmed by the Estates Section of the Ministry of Public Works”.

“While not within the National Park System these areas are still zoned under the Bermuda Development Plan 2008 as Nature Reserve and there has been no net loss to Bermuda’s sensitive habitats.”

But he said: “The management of protected beaches and coastlines cannot stop at the high water mark therefore marine buffer areas will be re-established.

“There is a need to control and manage human activity to ensure that persons do not knowingly cause damage to sensitive areas or species that may impact the terrestrial protected area… It is also important that persons do not either hurt themselves or others through their actions. For example boats landing on crowded beaches, and ensuring persons do not enter the water in dangerous wave conditions or in the presence of Portuguese Man of War invasions.

“Each protected are that has a coastline or beach will have a ‘buffer area’ extending, on average ten (10) meters seaward from the high water mark,” he said.

“In total there will be 66 areas. These ‘buffer areas’ are similar to the areas in the original Bermuda National Parks Act 1986 maps and will provie the same level of protection required under the act, without impinging on other legislation, such as the Fisheries Act 1972.

“These areas are not included in the area totals of the Park System and are territorially part of the adjacent terrestrial park,” he said. They will “replace between 13 marine parks”, which were designed to have the same function as the marine ‘buffer areas’. 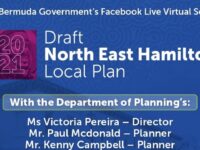 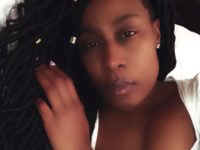