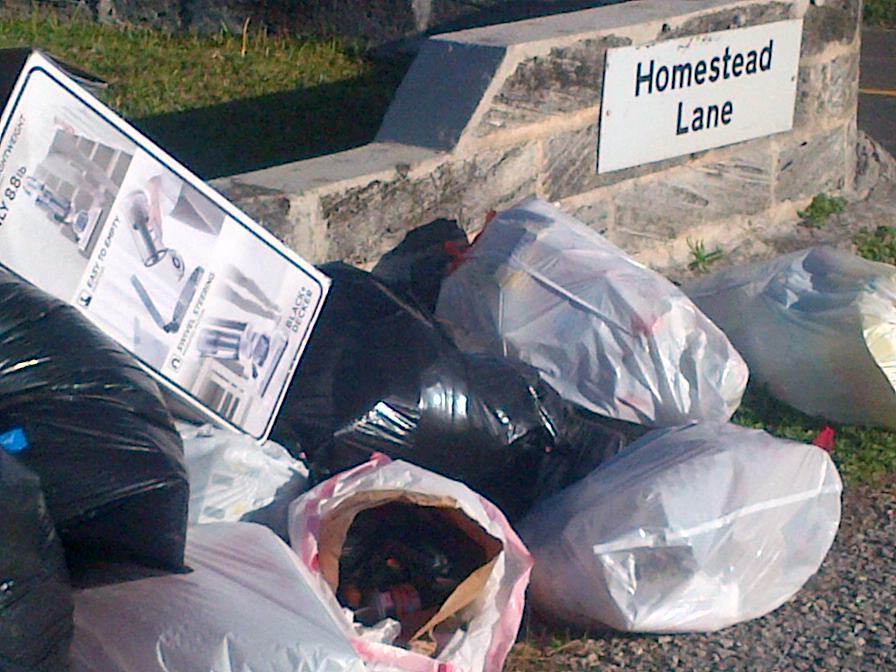 “The Minister reported progress on the three areas of concern: staffing, vehicles and spare parts.

“The new protocols going forward will include their regular meetings between Quarry and Marsh Folly staff.

“It should be noted, that the Executive agreed to present the solutions to a meeting of workers on Friday morning and they expressed confidence that the matter could be resolved,”

Minister Burch was scheduled to attend that meeting and an update will be issued later today.

“It should also be noted that as of immediate effect, tipping trees for truckers have been waived for trucks dropping waste off at Tynes Bay,” she added.

In an extensive news conference on Wednesday, hosted by the Minister on the recent garbage collection delays, now in its second week, Col Burch put Bermuda’s public on notice “that things will not get better this week”.

Responding to questions fielded by Bermuda Real, he also indicated that he will get to the bottom of whose responsible for failing to fill five vacant garbage collection jobs over a period of five months.

He confirmed that the five posts were approved back in September, but job applicants were never recruited.

“I’m sure you can imagine my imagine my frustration and anger at learning only recently that some four months later, that decision had not been acted upon.

“Rest assured we are investigating to ascertain the reason for this inordinate delay and the necessary corrective and/or disciplinary measures will be taken,” Col Burch said.

And efforts are underway to fill the five vacancies “immediately” from applicants already on file.

“That review has commenced this morning (Wednesday) with a view to fast-tracking the actual hiring.

“The bottom line is that things will not get better this week”, he said in the wake of the “ever increasing challenges” with staff and the Government fleet of garbage trucks.

He also noted that: “A section that should have 54 staff and 19 serviceable vehicles has 40 staff and nine working vehicles.

“Clearly this is not a situation that was created within the past six months,” he said.

Here’s a look at the full news conference held on Wednesday, January 31, 2018.