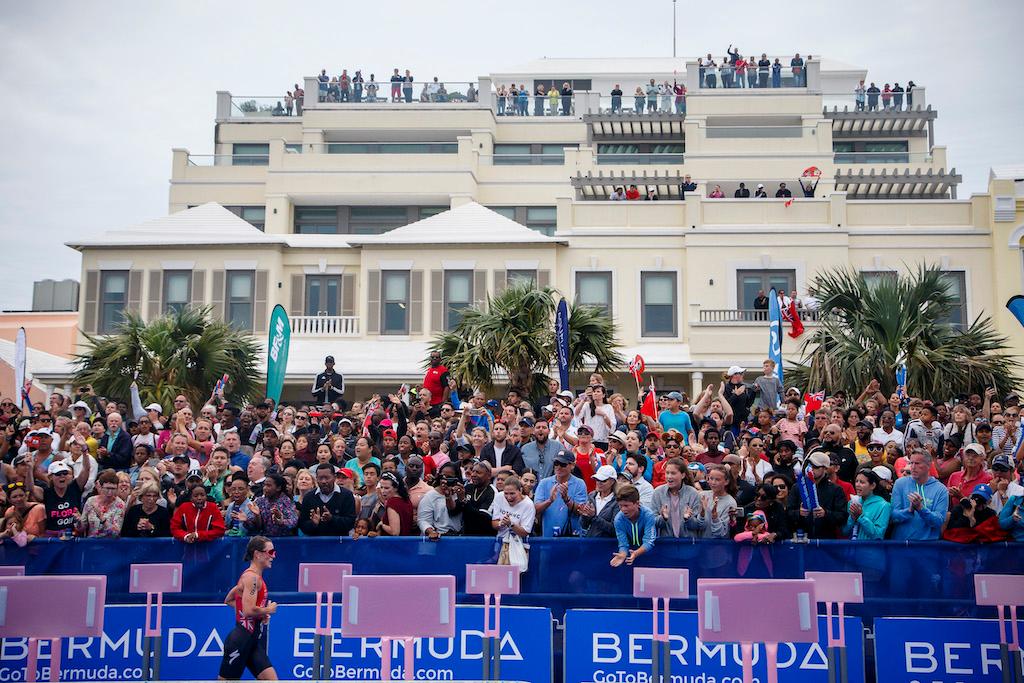 Local residents are being urged to get ready to celebrate at the upcoming Pep Rally at lunchtime next Tuesday at City Hall, in the lead up to the MS Amlin World Triathlon Bermuda events later this month.

The event marks the official start of this year’s race and will also celebrate Bermuda’s young triathletes participating in the upcoming events.

Scheduled performances include a demo by the Jump Rope Federation backed by music with free giveaways.

Organisers will also be on hand to sign up volunteers for the triathlon events with more information on the full schedule, from the Opening Ceremony to the final day of shopping festivities.

The MS Amlin World Triathlon Bermuda 2019 race series is expected to be even bigger than last year with more than 100 elite athletes racing for Olympic qualifying points.

Organisers say they “are expecting more than 600 athletes to participate in the weekend triathlon festival, with thousands of spectators lining the streets to recreate the incredible atmosphere of last year’s inaugural event”.