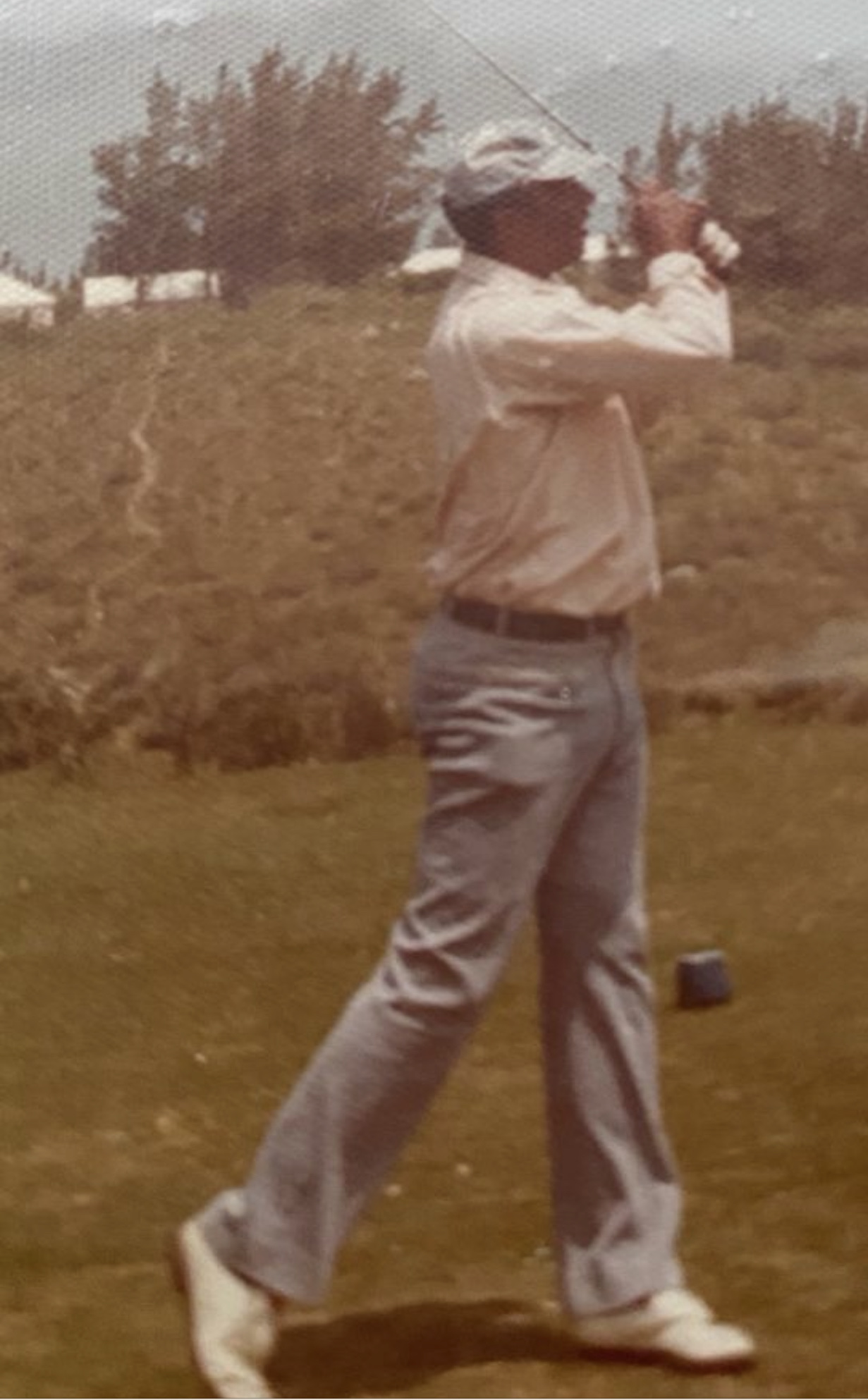 Of course Lloyd James made a name for himself as one of Bermuda’s greatest cricketers of all time, having held the record for most total runs and the highest score in Cup Match for decades while representing the most celebrated St. George’s Cup Match Teams led by Calvin ‘Bummy’ Symonds.
But when Lloyd James retired from domestic cricket he turned his attention to golf with an unrivaled pursuit of excellence.
Lloyd James work ethic in golf toward practice and playing the game of golf was obsessive to put in mildly.  He was driven to succeed and he recognized that he had a unique style but he owed it, learned to perfect it and made it work.
As the biggest player in any golf field, his size and power were an intimidating factor but he had to cultivate a method to better control the golf ball – which he did.
Close Friend Golf Professional Kim Swan shared: “Lloyd James was a friend, father figure & mentor rolled up into one He was a self taught golfer and was not shy sharing with me the method he was working on that week.“
Swan continued: “Lloyd had a work ethic in golf like no other when it came to hold and he would not think twice about playing 36 holes of golf and practicing before and afterwards. We competed against any all takers in very serious games with a lot on the line.” 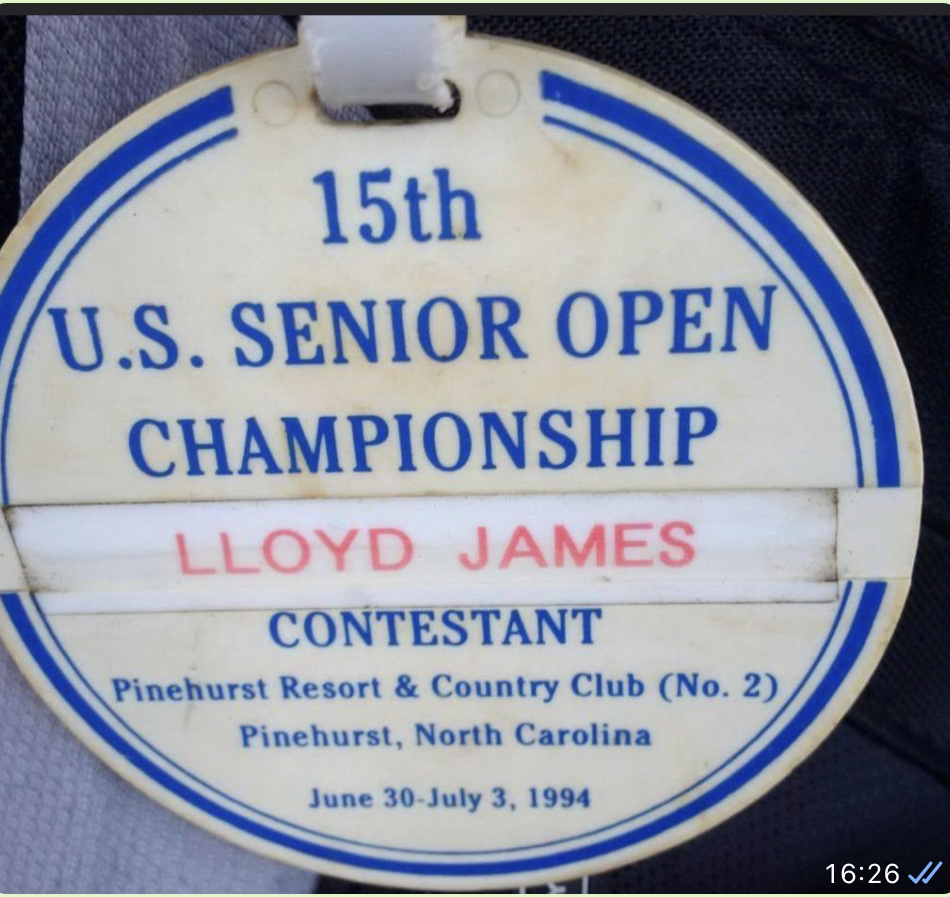 “He was highly respected for being well educated, wise and a real gentleman who freely offered advise to anyone who asked, and many did, as his reputation for being a caring school teacher and a successful but approachable entrepreneur in the tourism industry preceded him. These traits made his golfing prowess all the more outstanding in the eyes of others.“
As a amateur golfer in the 1970’s Lloyd James would be a finalist in the Bermuda Amateur Matchplay losing to the legendary Louis Moniz. But two decades later as a professional golfer Lloyd James golf career would reach its zenith when he qualified and participated in the 1994 US Senior Open at Pinehurst CC #2 in North Carolina. A fitting accomplishment for an outstanding athlete who transferred his sporting excellence from one sport to another.
Through it all, it was Lloyd’s love for golf and his passion to strive for excellence that set him apart from other golfers. It was indeed a blessing to have had this Hall of Fame cricketer makes his presence known on the world stage of golf as a senior. He hailed from a great era of Bermuda Sports that created iconic men and women who excelled internationally in sports.
As we conclude heritage month let us celebrate professional golfer ‘The Great Lloyd James’.
Kim Swan JP MP
St George’s West #2
Secretary, Bermuda PGA