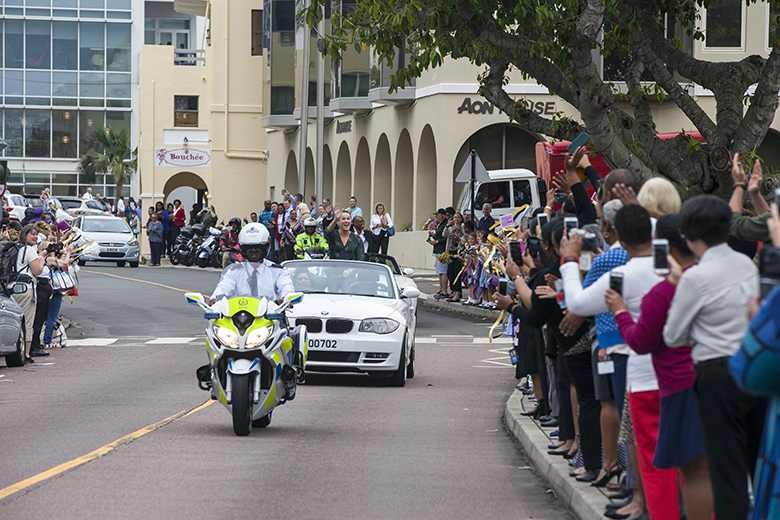 Bermuda’s Own Flora Duffy and Clarence ‘Nicky’ Saunders, received a home style Bermuda heroes reception today from countless supporters, who lined the streets of Hamilton to witness a congratulatory motorcade.

Thousands took to vantage points along Front Street to commemorate the athletes’ gold medal wins at the Commonwealth Games.

Ms Duffy, who captivated spectators on the international sports stage by taking a second World Title on her home turf on Saturday, won gold at the Commonwealth Games earlier this month. 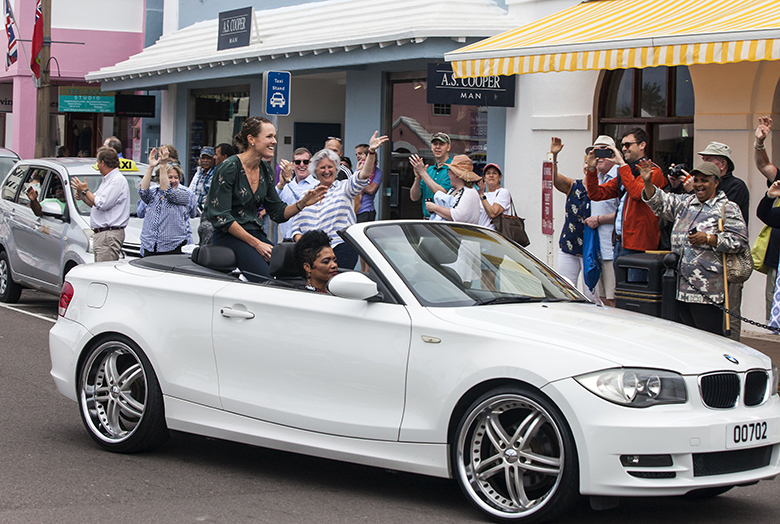 They were greeted with loud cheers, car horns and Bermuda flags on their way to the Cabinet Building from Hamilton Princess, the official hotel for the MS Amlin World Triathlon Bermuda series last weekend.

Premier David Burt presented Duffy and Saunders, who are both former Warwick Academy students, with certificates of achievement for their Commonwealth Games success.

He also noted that Clarence ‘Nicky’ Saunders had never been formally celebrated for his record-setting victory in 1990.

Both athletes were also presented with $10,000 incentive awards.

The motorcade began at the Hamilton Princess, before travelling along Pitts Bay Road, up Queen Street, along Church Street and turn right at Court Street to finish at the Cabinet Office.

And then it was on to the home of the two former high school students, to Warwick Academy, where students and staff lined the streets outside of the school to greet Duffy and Saunders. 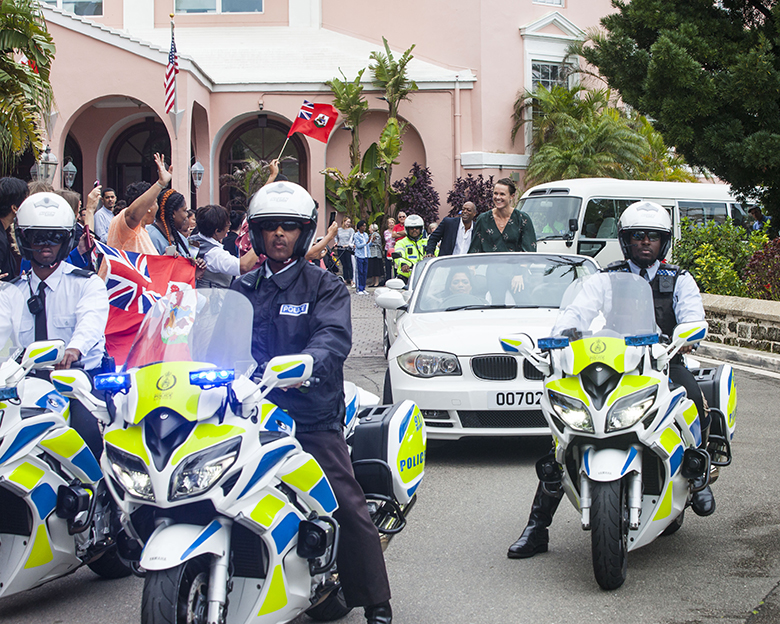 Refugees In Rwanda Warn Of Challenges For Arrivals From UK

Skyport: Daily Miami Flights To & From Miami Resume Next Week