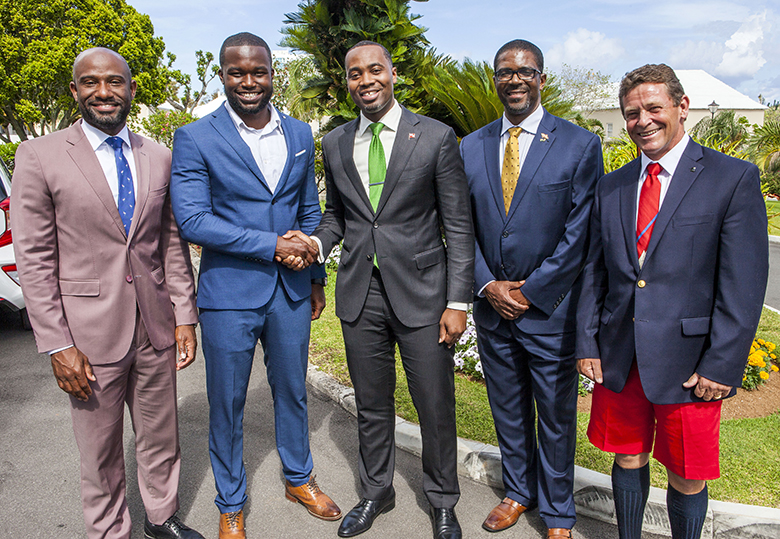 Premier David Burt welcomed Bermuda’s own Mustafa Ingham, a young Bermudian sailor, to the Cabinet Office in the lead up to the Bermuda Day holiday.

Mustafa Ingham has gone beyond his recent Endeavour experience in the America’s Cup hosted in Bermuda’s Great Sound and is now competing on the international sailing level.

Premier Burt, said: “It was great to meet this young Bermudian who is a role model for Bermuda’s youth. He is the first enrollee in the Volvo Ocean Race Academy.

“Through hard work and determination he passed rigorous exams and maintained an intense physical training programme.

“At the same time, he worked long hours for the shore team of Turn the Tide on Plastic all while traveling the world.”

He also noted that the Government of Bermuda “is pleased to sponsor Mustafa as a sport tourism ambassador”.

“On behalf of the people of Bermuda, I wish him continued success.”