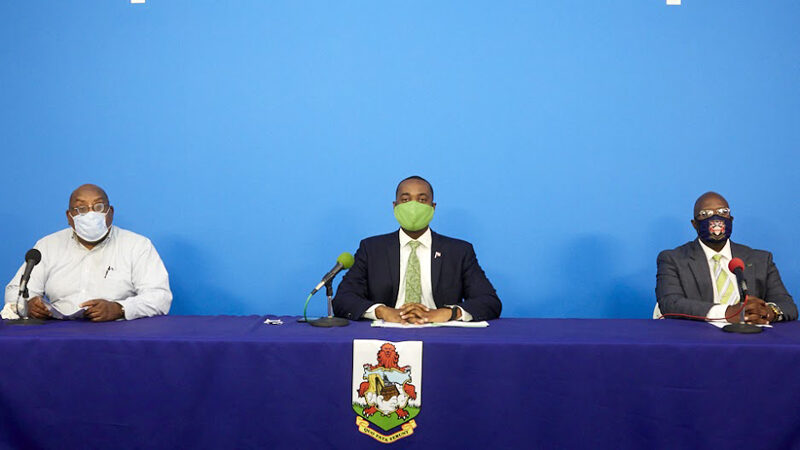 Premier David Burt announced the launch of a pilot fishing cooperative on Wednesday (Sept 30) that “will lead stakeholders to a sustainable and empowering future for Bermudian Fishermen and the Fishing Industry, enabling them to improve their lives and better provide for their families as we grow our economy with investments in which work for Bermudians”.

According to Mr Simmons, the project initially started as a private/public partnership “to satisfy the national demand for locally caught fish”.

“This is an exciting development and I look forward to the economic empowerment of our Fishermen, and the enhancement improvement of our Industry, and a significant increase in Bermuda’s annual local catch,” he said.

Mr Ferguson added: “The Cooperative will be running a pilot programme to test assumptions, and to establish the practices and processes that the full Cooperative intends to execute. We have also created incentives for Members, and we will also assess them according to results of the Pilot.”

Premier Burt this initiative will increase the income of local fishermen and boost the market demand for local fish.

“Although we live on an island and are surrounded by healthy, crystal-clear waters, it is not always easy to purchase local fish, creating an odd circumstance where fishermen sell out of their product and cannot satisfy demand,” said Mr Burt.

“Most customers rely on a ‘hook-up’ to get local fish on any given day.

“At the same time, over 300 families and homes rely on a fisherman’s income and, given the uncertainty of weather, gear and fish, if fishermen are not fishing they are not earning.”

The Premier also noted that a fishing cooperative was recommended in a White Paper in 2005 but with limited resources he said the plans were put on hold.

The 2020-21 Budget included $1.5 million for a fishing cooperative and a processing factory and now those plans are back on the table.

A public meeting will be held in due course for people to learn more about this initiative.

“The concept is really about collective power — buying power, organising power and things of that nature,” said Mr Simmons.

“It’s about all of them having a stake in this together, thinking together and strategising together.”

Fish is a Bermudian staple food. Regrettably, although we live on an island and are surrounded by healthy, crystal clear waters, it is not always easy to purchase local fish, creating an odd circumstance where fishermen sellout their product so cannot satisfy the entire demand. Most customers rely on “a hook up” to find local fish on any given day.

At the same time, over 300 families and homes rely on a Fishermen’s income, and given the uncertainty of weather, gear, and fish, if Fishermen are not fishing, they are not earning; if they are not earning, they cannot meet financial obligations. And, if a Fisherman’s boat needs expensive repairs, their ability to fund those repairs from their earnings and then return to fishing is rather challenging.

It is for those reasons that I am proud to state that when we released the 2020/21 National Budget, the Government allocated $1.5million to establish a Fishing Cooperative and Shoreside Facility. Bermudians may remember that on the 2nd of September the Finance Minister spoke to the media about capital projects that were earmarked for development and which funding had been moved up to the current budget year; the Fishing Cooperative and Shoreside Facility were included.

As the Premier stated, I am the Chair of MOVE: Mobilise Organise Visualise and Execute (MOVE), a grassroots organization formed in 2015 that raises issues, people, and movements that preserve, support or promotes Bermudians and our way of life.

We created a Fisheries Committee, our Members fished, worked on boats, surveyed Fishermen, met with Ministers, and found every Government document that we could about Bermuda’s Fishing Industry.

We created a 50-question survey for Fishermen to determine the size of their boat, which fishing gear they use, their frequency of fishing, crew, venue from where they sold, expenses of a fishing trip, and of course their interest in evolving the Industry.

In addition, we worked on boats, read papers and data from the United Nations Food and Agriculture Organisation, and spoke with the Founder of the Fishermen’s Association of Bermuda.

Our experience showed us that while the Government is supportive of Commercial Fishermen, Fishermen face other threats. Some of those are: foreign, long-line fishing vessels in Bermuda’s waters, the lack of access to funding to repair boats to get them back overboard, and the impact of illegal, undersized fishing.

Marketwise, we found that it can be difficult for Residents to get local fish when wanted, because Fishermen sell their entire catch… normally within hours of offering it for sale.

The amount of imported fish that is sold in Bermuda, tells us that part of the solution is needing more fish, the other part is needing more strategy and unity to satisfy the National Demand for fish.

All of that data and experience was then compiled and analysed, and in 2018 we approached the Minister with our findings that led us to believe that a Fishing Cooperative was the most effective method to increase the Annual Catch and economically empower Fishermen.

It is for those reasons, and as a result of that due diligence and other work, that in the fourth quarter of 2019 we created a plan and timeline to establish the Bermuda Triangle Fishing Cooperative.

The Cooperative will be running a Pilot Programme to test assumptions, and to establish the practices and processes that the full Cooperative intends to execute. We have also created incentives for Members, and we will also assess them according to results of the Pilot.

We have a few spaces left for the Pilot Programme and interested Fishermen should send an email to btfcexecutive@gmail.com, or contact a MOVE Member who will provide further details. 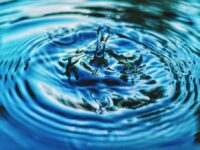 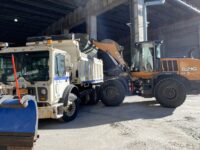 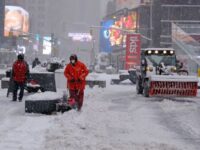 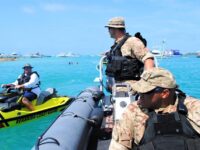 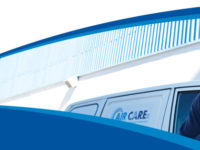