“A true reflection of values will soon cause us to question the fairness and justice of many of our past and present policies. On the one hand we are called to play the Good Samaritan on life’s roadside, but that will be only an initial act. One day we must come to see that the whole Jericho Road must be transformed so that men and women will not be constantly beaten and robbed as they make their journey on life’s highway. True compassion is more than flinging a coin to a beggar. It comes to that an edifice which produces beggars needs restructuring.” Dr Martin Luther King Jr, Speech to Riverside Church, NY, April 4, 1967 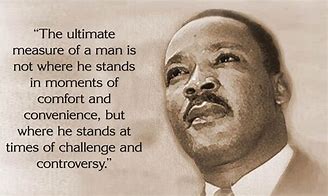 On this 50th anniversary of the assassination of Dr King, the world will be reminded of one speech, one line in particular and many will speak only of ‘Martin the dreamer’. The inspiring words he spoke on that day in the shadow of the Lincoln Memorial have become the words by which his legacy is defined by millions. But Dr King was more than that speech; he was more than a dreamer.

As a servant of the people and courageous proponent of non-violence, Dr King led a movement that at its core was determined to achieve systemic change for oppressed people. His mantra was to give a voice to the voiceless and to demand justice for those always left behind. He pricked the conscience of the world by highlighting the moral responsibility of those with more to take care of “the lowest and the least” in society.

The narrow construct of Dr King as a dreamer betrays the depth of his true legacy. Exactly one year before he was killed in Memphis, Dr King used the pulpit of New York’s Riverside Church to expose the injustice of the Vietnam War and by extension the systemic inequalities of life for so many of the world’s citizens. This was Dr King too. In fact, this was his true legacy, tackling the greatest injustices of his time and unashamedly declaring, “injustice anywhere is a threat to justice everywhere”. 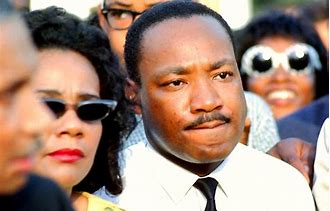 1968 seems to be the year some elements of society, the world over, looked in the mirror and saw the reflection as inspiration for change or determined change was too uncomfortable to countenance. The result was a year of social upheaval and the stirring of those on either side of the status quo to match the efforts of the other resistance. Next month, Bermuda will mark the 50th anniversary of the first election held under Universal Adult Suffrage. Although it would take another thirty-five years to realize ‘one man, one vote; each vote of equal value’, 1968 was significant for us too as even Bermuda was forced to confront the desire of the people for change.

As we reflect on the life and legacy of Dr King, let us view him as more than a dreamer. Instead, embrace his life’s work and witness in its entirety. Heed his call upend historic systems of inequality and demand change that lifts up people in society who have always inhabited the margins of justice and economic success. It bears remembering that the assembly at which the ‘I Have a Dream’ speech was made was fully called ‘March on Washington for Jobs and Freedom’. To truncate the title to define Dr King by his speech that day does a disservice to the movement he led and to the true legacy of the man.

“At the heart of all that civilization has meant and developed is ‘community’ – the mutually cooperative and voluntary venture of a man to assume a semblance of responsibility for his brother.” Dr King, Nashville, Tennessee 1963.

Ministry Launches Investigation Into Sudden Death Of Inmate At Westgate

VIDEO: The Miseducation Madness Continues To The Detriment Of Our Public School Students!