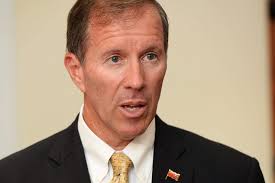 Premier Michael Dunkley stated today that the One Bermuda Alliance government will not pull the Horseshoe Bay Beach Concession run by Rick Olson.

Speaking live on Shirley Dill’s talk show this morning, the Premier was asked by a caller what the Government plans to do about racism in Bermuda. The caller also recalled the businessman’s comments posted on Facebook that sparked community outrage, and whether his contract to run the concession on a beach owned by the people of Bermuda will be revoked.

Mr Dunkley said: “I like most people, was aghast when I read the first few lines of the post.” But on the call to revoke Olson’s contract for the beach concession he said: “That is just not possible. There’s no clause in the contract that allows for that.

“This Government is not going to pull any contract that doesn’t allow for that,” he said. “As a Government we’re going to do things in an appropriate way. What Mr Olson did was totally inappropriate and it boiled my blood,” he added.

Meanwhile, there’s more fallout as a result of another Olson comment that’s sparking community outrage on social media again this weekend. This time it’s the responses to customer complaints regarding beach staff at Horseshoe Bay.

One complaint, filed by a concerned repeat visitor who has travelled to Bermuda every year to visit family for the past nine years.

In a “negative review” regarding chair and umbrella rentals, she said: “This is my 15th visit…This is the first year I have felt intimidated by staff working there and felt like I was intruding on Horseshoe Bay.

“Since when has the bay been in the hands of a private enterprise? I thought the beaches were public? I was pushed out of my ‘beach space’ because I hadn’t paid for a chair…I didn’t need a chair…I had my blanket but that meant they were losing money!

“There were many visitors on the beach and [sic] continued to arrive whilst I was there…I observed one couple opening the chairs that were already in a prime positions [sic], as they didn’t realize they were rentals. They were asked to move or pay up in a [sic] intimidating tone!

“The member of staff was very rude to them and took hold of the ladies bag…I then witnessed an American family offering 4 chairs to another family with children as they were about to leave! They were gang approached and told they could not offer their chairs to anyone else as the second family had not paid. Surely if the American family had paid their $90 for 4 seats and 2 umbrellas for the day, if they wanted to give it up for someone else they should have been able to.

“The staff were like hawkes [sic]…almost jumping on people to gain money. A family of Bermudians arrived and could not get anywhere near the water as prime spots were taken with empty and full chairs! I feel so sad that greed has taken over instead of the helpful, friendly people that I have known in the past. What is happening people…help me to understand and feel welcomed!”

Another patron, a pregnant mother who was on the beach with her young child complained that staff moved her child’s beach toys out of their way to set up beach rentals for visitors.

In response to her complaint, Olson accused her of making “Fake News” and said: “Pat on my ass” on Facebook in response to critics who posted their concerns.

On one of the two threads he defended his staff and wrote: “We do not preset chairs and umbrellas anymore as we couldn’t control the actual sale. The staff also makes much better tips when we stopped setting up before guest arrived.

“The reason I was so defensive on behalf of my staff is I know how hard they are really working and I have never witnessed any rude behavior. I have 2 excellent beach managers that are supervising and training staff both excel in customer relationships,” he added.

This latest fallout comes just weeks after Olson posted a picture depicting people being hanged, drawn and quartered while asking if that would be a deterrent for Bermudians who participated in the recent airport protests.

Claiming he was using his “sense of humour”, he posted an apology that was not deemed as genuine by several Bermudians.

The post triggered a boycott movement by trade unionist Linda Mienzer, who also initiated the call for the beach concession contract to be revoked. Olson’s business interests include Red Steak House, The Beach Bistro on Front Street, and the Rum Bum beach concession at Horseshoe Bay Beach.

But as stated by the Premier today, there’s no clause in the contract to allow the public beach concession to be revoked. Now there’s a move afoot calling on Bermudians to go to Horseshoe Bay in droves, with their own food and beach equipment to make their presence and objections known. 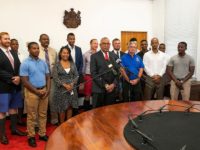 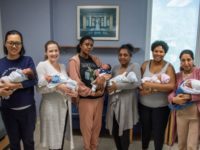 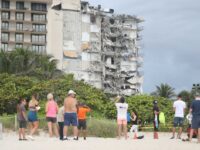