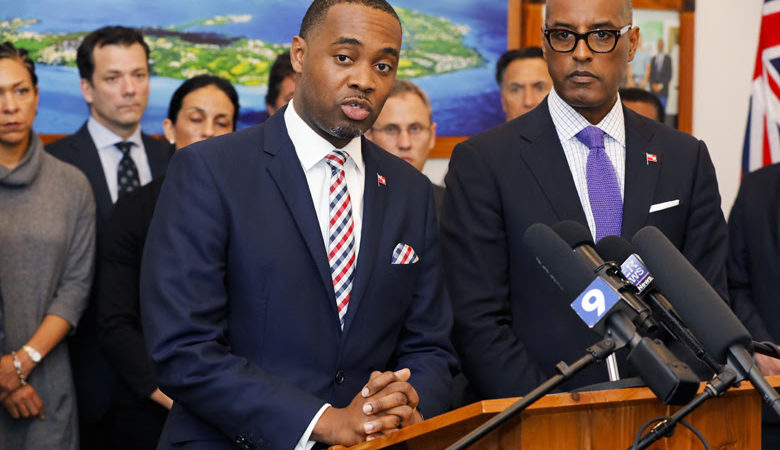 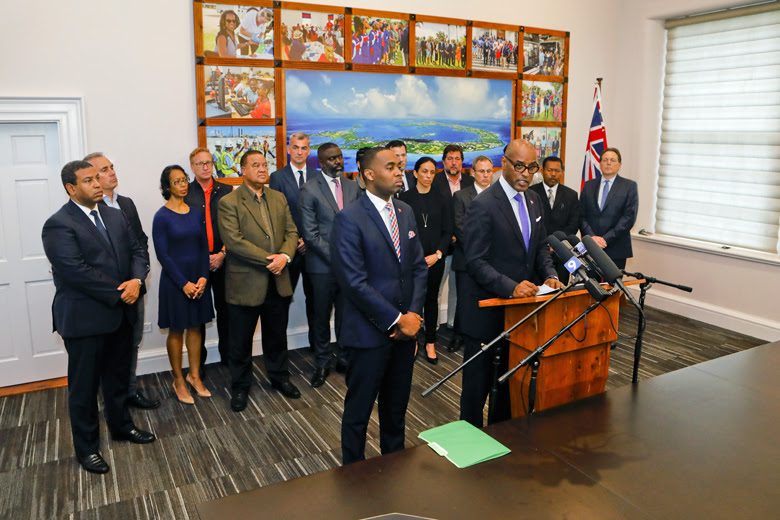 Flanked by Cabinet members, Premier David Burt and Finance Minister Curtis Dickinson met with the media this afternoon to discuss the latest developments since Bermuda was placed on the EU’s list of non-cooperative tax jurisdictions.

At a news conference held at the Cabinet Building, Premier Burt stated again that “the news from Brussels this morning is a setback for Bermuda”.

“It is disappointing that after endless hours of crafting a regime that would meet the required test and in fact having one now in force has not been enough to prevent our addition to the EU’s list on non-cooperative tax jurisdictions,” he said.

“Bermuda is compliant and we are confident that within a matter of weeks, that will be accepted by EU Member States and Bermuda will be removed from this list.

“This confidence is shared by the UK Government who through the Treasury specifically stated “that Bermuda has legislated to address the issue identified‎. In light of this we expect Bermuda, and other compliant jurisdictions, to be removed from the list at the next available opportunity.”

Admittedly, he added: “Today’s developments are not where we want to be and certainly are not where we intended to be when we embarked on this process. In various public statements I have referred to external threats to our jurisdiction and this is one of those we must address.

“The various stakeholder groups represented here today demonstrate a Bermuda show of strength and determination to preserve a jurisdictional reputation earned over several decades. Working together we will preserve investor and business confidence and continue to demonstrate that Bermuda has met the standard required by the EU.”

Mr Burt also noted that the Government “will be pressing Bermuda’s case, emphasizing that fairness must be the order of the day”.

“Our industry partners have commented on the paradox of our Regulations being stricter than some of those countries that have not been listed. I believe that between now and May, a fair assessment of Bermuda’s legislation will confirm our compliance and we will be removed from the List.”

Expanding on the “more technical issues that surround today’s decision”, Mr Burt called Minister of Finance, Curtis Dickinson to the podium to expand on “stakeholder engagement” and other factors. 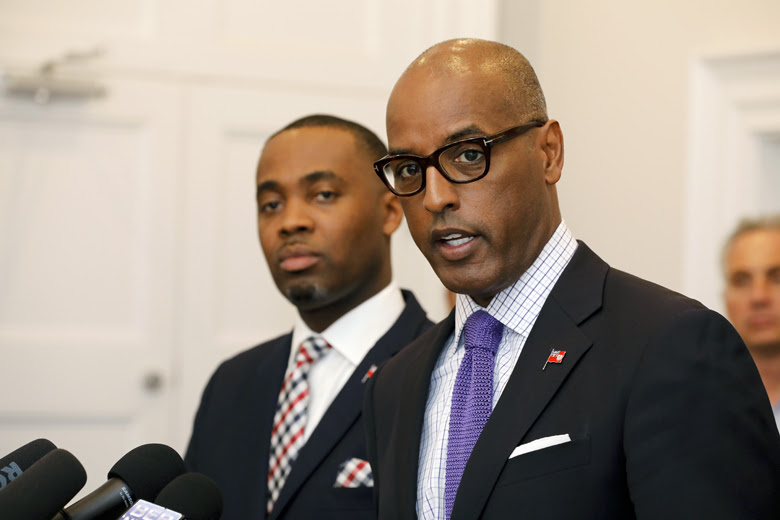 The Minister expanded on the ramifications of the decision of the European Union committee of finance ministers, known as the Economic and Financial Affairs Council [ECOFIN] to place Bermuda on its list of non-cooperative jurisdictions for tax purposes.

While noting details on Bermuda’s “compliance measures preceding this decision”, he said: “We are currently consulting with the UK government given they are a member of ECOFIN and are also members of all the technical support committees that make recommendations to ECOFIN.

“Her Majesty’s Treasury [HMT] has this morning advised us that the UK will submit its minutes of the ECOFIN meeting to articulate the UK’s view that Bermuda’s last submission to the Commission on 4th March 2019 satisfies the one remaining issue that had been identified.

“The UK’s communique makes clear their expectation that Bermuda should be delisted at the next ECOFIN in May, as there is no April ECOFIN,” said the Minister.

“Additionally, the UK has published an online note this morning stating, and I quote: “The UK agreement to the Council Conclusions on the revised EU list of non-cooperative jurisdictions for tax purposes is on the basis that as set out in the Conclusions, jurisdictions should be removed as soon as possible after they have demonstrated they are compliant. The UK notes that Bermuda has legislated to address the issue identified‎. In light of this we expect Bermuda, and other compliant jurisdictions, to be removed from the list at the next available opportunity.”

He also emphasized the fact that “Bermuda is a cooperative jurisdiction with the EU for tax purposes”.”

“In the spirit of continued cooperation that has been a hallmark of and underpinned Bermuda’s international tax cooperation framework over many years, the Government has recently legislated to address all technical requirements.

“As it stands today, Bermuda has addressed all issues identified and is now fully compliant.

“Some may ask if we are compliant, then why are we on the EU’s list that was released today. I will do my best to explain.”

He noted that “in Bermuda’s amending submission to the EU Commission dated February 22nd 2019 we attached the revised Economic Substance Regulations which amended regulation 16”, and that “this was done to address a Commission concern from the January 30th, 2019 Code of Conduct Group [COCG] meeting”.

“This submission to the COCG was made in good time prior to their February 24, 2019 cutoff date. There was a technical omission which was flagged, and as a result we proactively sent a March 4th, 2019 revision to address any possible lingering concern and it was circulated by the Commission to the EU member states in good time prior to the member states tax envoys meeting of March 8th, 2019,” said Mr Dickinson.

“Some press reports claim that the member states tax envoys meeting of March 8th, 2019 did not fully consider Bermuda’s March 4th 2019 revision when making their recommendations for today’s meeting.

“If at the end of this process on economic substance a minor technical omission in Regulations was addressed too late for it to be considered to Bermuda’s benefit, although it satisfied the one remaining stated concern of the Commission that arose at the COCG meeting of February 27, 2019 it is very disappointing given the ECOFIN meeting was on the 12th March 2019 and our amending submission was made on 4th March 2019 that we find ourselves here today.

“Nonetheless, as I stated earlier, the UK in its public statement of today has indicated from its vantage point, as a member of all of these EU meetings, that Bermuda’s 4th March 2019 amending submission proactively fixed that one remaining provision and we fully expect to be removed from the list on or before the next ECOFIN meeting,” said Mr Dickinson.

“We are working closely with our industry stakeholders and we will continue to be a jurisdiction of choice despite today’s setback.

“As the Premier indicated, the last few months have been a trying time, and I want to thank all the stakeholders from industry who have assisted the ministry of Finance during this process with their time and ideas. It is not lost on any of us that Bermuda’s substance regulations are regarded as the strictest, yet we find ourselves alone on this list.”

On that note the Minister said he had “met with many of the stakeholders and the leader of the opposition to apprise them of the possibility of today’s result”.

The Minister concluded: “My message yesterday and today are the same, we must be united to work to ensure that Bermuda is removed from the list, and I am confident that this unwarranted inclusion will be reversed at the earliest opportunity” 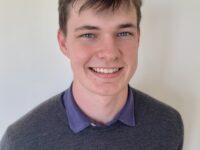 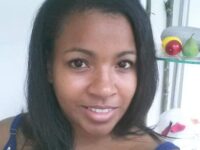 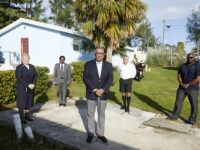 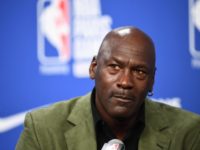 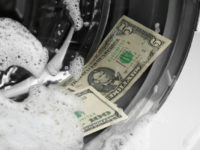 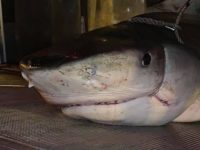