For the first time since her appointment as School Administrator at Lagoon Park Pre-School, Sheryce Raynor was able to clear major hurdles with ease, in preparation for the new school year, with the help of Work Rallies and their volunteers.

The former infants block at Somerset Primary School was one of six schools where volunteers showed up in full force on Saturday, to assist with the school clean-up initiative started by Angela Young.

Now in her fifth year as head of Lagoon Park Pre-School, Ms Raynor told Bermuda Real the facility is now well on its way to being ready for roughly 25 students, all three to four years old, who will be back in school on September 11th.

“I would not have been able to complete or de-clutter four closets that have useful materials in them, that have never been sorted out completely since I’ve been here when the school was moved out of Dockyard,” said Ms Raynor.

“The volunteers who came today [Saturday] did that. It’s like a weight off my shoulders and I can see my way ahead clearly,” she added.

On the new school clean-up initiative drawing community support from a host of volunteers, she said: “It warms my heart to think that we can come together as a community in one body – it’s awesome! It proves that great things can happen when people come together.

“To think that the main objective was the closets, then we had more teachers who were able to get their classes set up today, which normally doesn’t happen until the last minute,” she added.

Until Work Rallies she said: “We had to do it all on our own, or we had to call family members to help, or work collectively to do one room at a time. As teachers we also have workshops coming up and there’s the work to rule in place this year as well.

“It’s a good thing we’ve had Work Rallies, which has truly been a Godsend. They have volunteers working at five other schools doing all of this in one day today, and the manpower is amazing. I think it should be done throughout the school year so teachers can focus solely on the children and meeting their individual needs,” she said.”It’s hard to put it in words – it’s like wow! This is truly a blessing!”

“Work Rallies has definitely grown in popularity. And yes, there is the work to rule, but many administrators and teachers alike are recognizing the advantages of hosting a Work Rally at their school,” said Ms Young.

“Our Action Teams do great work, they are very thorough with their tasks. As a result, I anticipate our numbers to be higher as September 11th gets closer.”

She also noted that another trend emerging is that Work Rallies attracts more volunteers during weekday evenings. “Many folks wish to stop by after work, but naturally Saturdays are the biggest draw. Our Work Rallies is a great initiative for members of the community who wish to give back, but do not know where to begin. It’s also nice for families. There’s no better way to illustrate community involvement than by doing a work rally,” she said.

“Walks and runs are nice but there’s something about participating at a Work Rally at a school. The alumni return,share their funny stories, marvel at how things have changed and tell fascinating stories of some of Bermuda’s fine educators, such as who shaped their lives and encouraged them to simply do better!

“I love watching the nearby community members from all walks of life who came carrying buckets, gloves or even baked goods – simply to help their neighbourhood school. It’s humbling to say the least! It may sound corny but it warms my heart to see their enthusiasm.”

To date, there are 18 schools on their list of schools to clean. The work schedule is updated daily at 5pm, and there are ten work rallies scheduled to take place next weekend.

“Time is running out,” said Ms Young, who was also encouraged and happy to see Premier David Burt, Education Minister Diallo Rabain and other MPs turn out to help on Saturday.

“We had 76 volunteers yesterday. Victor Scott also had two different teams on Friday and Harrington Sound is hosting again on August 27th at 8am. This was across six schools, whereas last week there were three work rallies,” she said.

“Our teams were spread thinner but their work was still impressive nonetheless. Many folks want to come back so we’ve added more days to the schedule this week.

“In essence, I’ve said it before and I will say it again, if Bermudians wish to see change in this country, then we must all do our part. The success of this upcoming generation depends on it. That should be motivation enough to propel all of us to want change. Government cannot do it all.”

Ms Young is also the featured guest tonight on Orders of the Day at 8:30pm, hosted by Kim Swan on Hott 107.5, with co-host Chris Famous, who was also one of the many MPs helping Work Rallies on Saturday. 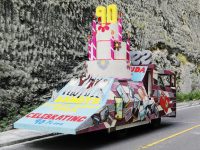 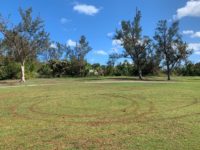 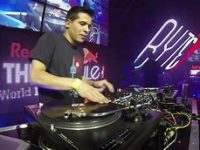 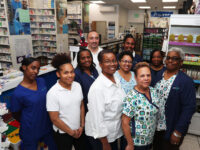 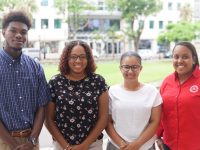 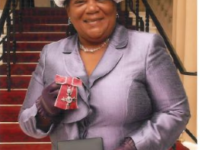