Premier David Burt issued another statement today in the wake of continuing reporting the illegal, multi-territory cyber breach of an international offshore legal services firm, including its office in Bermuda.

As the Government review continues, the Premier noted remarks by the Secretary General of the OECD that, “quite literally there is no place to hide”, as a result of recent international cooperation agreements in which Bermuda has played a prominent role. And once again, the Premier reiterated the fact that “Bermuda is already in step with leading regulatory standards”.

“We are fully compliant as an administration with all our international obligations with mutual tax treaties that represent agreements with over 100 countries,” he said.

“Today, we wish formally to call on all G20 and OECD members to meet what people are already calling the ‘Bermuda Standard’ immediately. We will be pressing this case at every opportunity.” 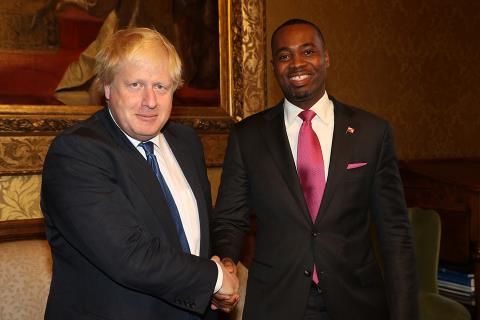 In a Ministerial Statement delivered in the House on Friday, the Premier told MPs that he remains confident that Bermuda’s reputation will survive the fallout from the hacked documents.

“The reports of Bermuda’s demise are greatly exaggerated,” said Premier Burt, who noted that a coordinated police criminal investigation is now underway in several jurisdictions, including Bermuda.

“Within the Government, targeted action has been taken to manage the continuing impact of this disclosure.

“All relevant ministries are working together to coordinate responses as required, but more importantly to strengthen systems of oversight where necessary and communicating clearly that Bermuda is the same, sound place to do business it has always been,” said Premier Burt.

“The depth and breadth of our energy and skill is such that we can meet this challenge, emerge stronger and continue the work of building a fairer and better Bermuda.”

The Paradise Papers were made public last weekend, after a year’s work by the International Consortium of Investigative Journalists. Nearly half of the documents, spanning decades, came from a cyber attack on the Bermuda-founded law firm Appleby.

While noting that the subsequent international reports on the Paradise Papers “is not the coverage we would have wished for”, the Premier said: “In these times when offshore interests are ascendant at the expense of offshore livelihoods we must meet falsehoods and inaccuracies with facts.

“The unassailable facts are Bermuda is not a tax haven and this is not a jurisdiction to hide money. Our regulatory regime is internationally known to be robust, fair and respected.”

Premier Burt also stated that “privately”, he has “urged regulators of all stripes to step up their game and to use the fullest extent of their powers to make sure that regulated entities meet their obligations”.

“I believe this is the best way to address adverse publicity – actions will speak louder than words. Too often our local politics are used to stoke the flames of division between political parties and the financial services sector of this country. This is not a game and so perhaps we can now put an end to the nickel-and-dime approach to travel and face the stark reality that more than ever on this issue Bermuda needs a chorus of unity and not the dissonance of partisan dissent.”

And while many are privately wondering what the impact of the Paradise Papers will be on Bermuda, he said: “The unassailable facts are:

“I do not propose to descend into the legitimate client advice and services provided by the law firm in question, or I dare say, by others operating in similar spheres. The international obsession with what foreign nationals do with their fortunes is a matter for them and cannot be laid at the feet of jurisdictions whose business it is to provide legitimate, legal vehicles for financial planning,” said Premier Burt. 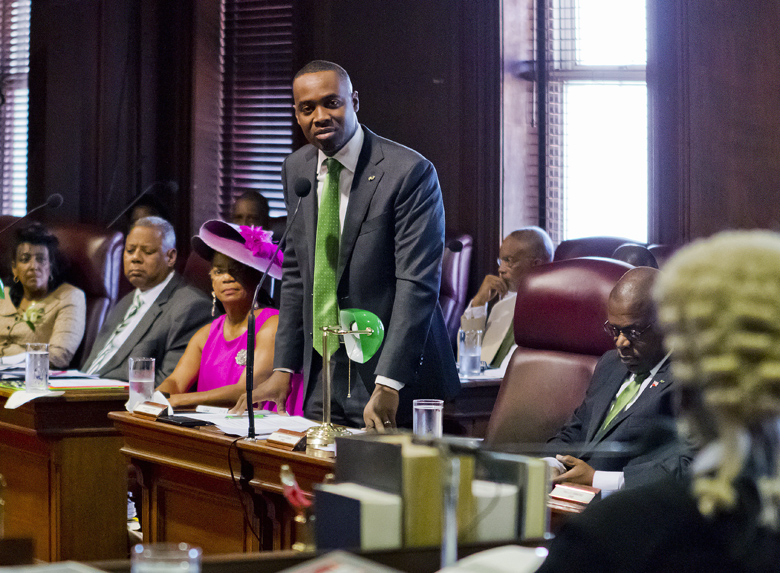 While noting that the Paradise Papers “reveal something of interest to every reader”, he said: “Let me be clear, it is not my responsibility to defend any one entity named or involved in this scenario. If what they have done for their clients in this jurisdiction and beyond is illegal there are proper authorities who will deal with that.

“I am charged with defending Bermuda and this I will do without fear or favour. I have privately urged regulators of all stripes to step up their game and to use the fullest extent of their powers to make sure that regulated entities meet their obligations. i believe this is the best way to address adverse publicity: actions will speak louder than words.

“Most importantly, is the reality of the partnership required to make Bermuda work; not just in times of crisis but all the time.”

To “set the record” straight, he said: “Bermuda’s leadership as a cooperative jurisdiction for tax transparency, inclusive of our over 70 year old central registry on beneficial ownership is a key reason why the attacks being made on Bermuda in relation to the Paradise Papers are untrue. Bermuda seeks to attract quality clients who wish to conduct business in a country that is committed on a high level of compliance with international standards.”

“We also have in place agreements that allow us to exchange information by request with over 100 tax treaty partners. Further, I would not ethat we have and will continue to cooperate with international organisations to cement our leadership as a cooperative jurisdiction for tax transparency.”

For the record, he stated: “As a Government we will not tolerate persons using our shores to carry out or facilitate illegal activity and will continue to encourage strong and decisive action if there is evidence of such activity.

“As I have stated on a number of occasions, Bermuda is a great place to raise capital but not the place to hide capital,”said Premier Burt. He also emphasised that “the Bermuda Government has already made a commitment” to the UK government “that once this has become an international requirement adopted by ALL members of the G20” Bermuda “will certainly comply”. “But until that time we will continue to encourage other countries to come up to the level of the ‘Bermuda Standard’, he said.

He also confirmed “that the Government has been and continues to be in contact with all the relevant competent authorities in Bermuda including the Bermuda Monetary Authority to ensure that any new matters raised by the Paradise Papers can be properly reviewed and that any action that may arise from that review be taken in a timely, effective and proactive manner.”.

The Premier concluded: “In the days and weeks ahead, when other news shifts this from the front pages and online special reports, Bermuda will still be a jurisdiction of choice based on the effort we collectively bring to bear now.”

He also moved “to assure the people of Bermuda that while it may seem that all our efforts are devoted to these issues, this Government is bringing equal energy to delivering on the promises we made to the ordinary, hardworking Bermudians who elected us to represent them”.

“This is our commitment to the people,” he said. “The depth and breadth of our energy and skill is such that we can meet this challenge, emerge stronger and continue the work of building a fairer and better Bermuda.”

Addressing Challenges Of An Ageing Population Round Table Discussion ‘A Success’