Members of Parliament will soon deliberate a recommendation put forward by a Labour Advisory Committee (LAC), to increase the retirement age to 70 over a ten-year period.

The report, tabled in the House of Assembly on Friday by Premier David Burt, also notes that Bermuda’s ageing population has put increasing pressure on pension plans and public sector finances.

The new report compiled by a LAC sub-committee recommends the following: 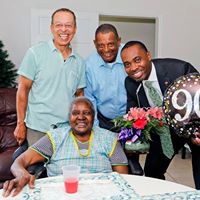 Speaking on the floor of the House on Friday, Premier Burt told MPs: “There is a need to stabilise pension funds, to allow working men and women the benefit of greater capacity to earn and therefore better prepare for their eventual retirement, and to use the longer life span in the modern era to the benefit of society and the people of Bermuda.”

Reiterating the PLPs Throne Speech promise to review the mandatory age of retirement, which is 65, he also expressed hope that the report will transcend party lines both in the House and the Senate.

If that turns out to be the case, he said  the Government would then return with amendments to the Public Service Superannuation Act to facilitate the LAC sub-committee’s recommendations.

The Premier also noted that the report pointed up the fact that with the exception of public sector workers, there is no legislation on the books that insists employees retire at the age of 65.

But he said it was “the generally accepted practice” in Bermuda and that most people agreed to finish work at that age when they signed employment contracts.

As it stands now, under the National Pension Scheme (Occupational Pensions) Act 1998, the “normal retirement date” is listed as being no more than a year after a pension plan member’s 65th birthday, unless an earlier date was set in that individual’s pension scheme. 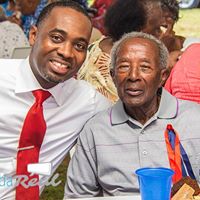 The report stated: “Many persons who reach the retirement age are financially unprepared for retirement.

“The evidence clearly shows that there is a willingness from persons 65 and over to continue to work. Financial assistance outlays to seniors is extremely high and reinforces the point that a growing portion of our seniors are in dire need of additional financial resources.

“The reality is that if the problem is left unaddressed, the financial stress on individuals, pension plans and the Bermuda Government will grow.”

The report also recommended legislation to prohibit age discrimination in the workplace and to ensure equal rights when it comes to recruitment, hiring practices, compensation, benefits, training, work conditions and career development.

“There is a growing tendency to use statistics around our declining birth rate and what is referred to as the ‘graying of our population’ in support of arguments that mitigate against innovation or economic success,” said Mr Burt.

“Make no mistake, the trends are challenging and are not unique to Bermuda. However, the responsibility of leadership is to convert challenging trends into opportunities for growth and sustainability,” said Premier Burt.

“The time has come to revise the mandatory retirement age to take account of our longer lifespan, the necessity to add stability to pension funds and to promote greater choice among the working population about when one retires from full-time employment.” 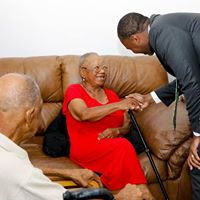 In many cases, he said: “The designation ‘senior citizen’ does not describe our energetic men and women aged 65 and older.”

The report “provides useful details and a sound rationale in support of its recommendations”, he added.

“There is a need to stabilize pension funds; to allow working men and women the benefit of greater capacity to earn and therefore better prepare for their eventual retirement; and to use the longer lifespan in the modern era to the benefit of the society and the people of Bermuda.

“Following the debate on the Report and what I hope will be the unanimous support of this Honourable House and “the other place”, the Government will revert with amendments to the Public Service Superannuation Act to give effect to some of these recommendations.

“I wish to be clear, this initiative is part of a series of measures which will be implemented by this Government to promote more economic activity in Bermuda. The reality of the trends in many societies has caused several countries to take similar steps while concurrently pursuing economic diversification and other growth strategies.