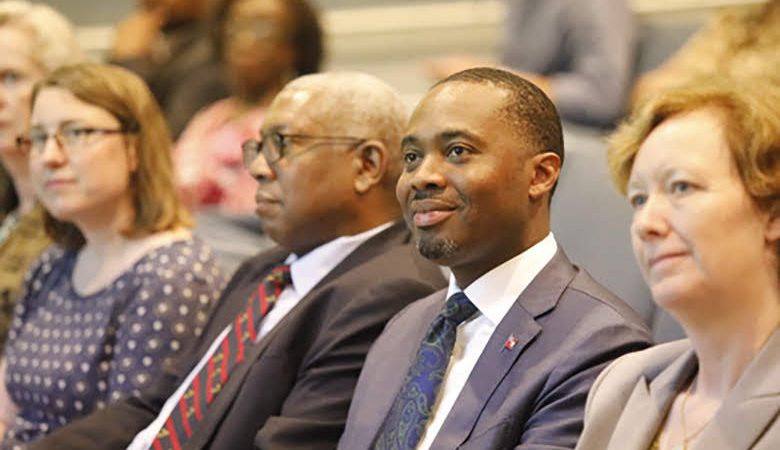 Premier David Burt addressed the attendess at the Bermuda Underwater Exploration Institute (BUEI) on Friday, on the occasion of the 50th Anninversary of the Bermuda Constitution, hosted by the Centre For Justice.
Other dignitaries in attendance included Deputy Governor Ginny Ferson, Chief Justice Ian Kawaley and Ombudsman Victoria Pearman. 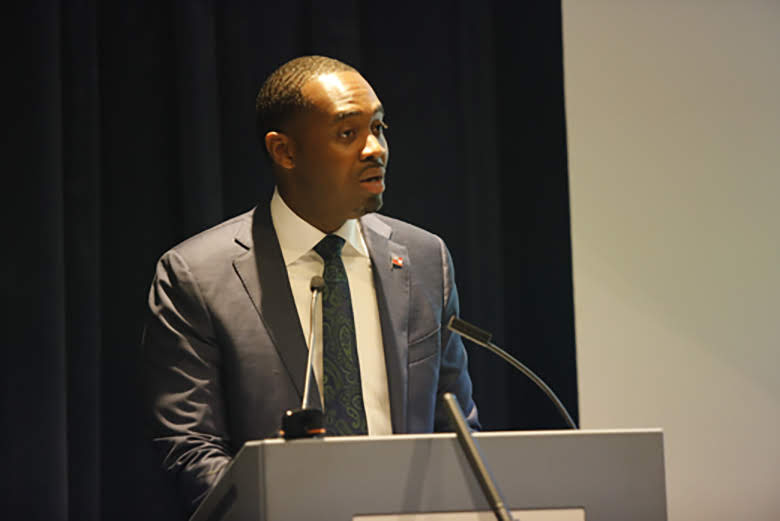 In his opening remarks, the Premier thanked the Centre for Justice “for organizing this very important part of the observances around the 50th anniversary of Bermuda’s Constitution”.
said it was his pleasure to be “amongst this group of academics, scholars and interested citizens, all brought together to undertake a critical examination of a set of principles that affect almost every aspect of our daily lives”. 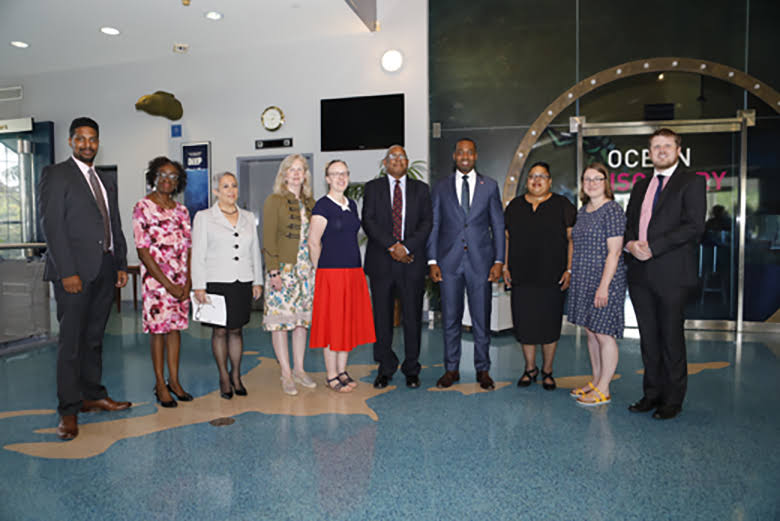 “One of the institutions which forms a part of our constitutional framework will be in session in just under an hour from now and my hope is that whatever is said there is as academically inclined as the discourse likely to take place here today,” said Premier Burt.
“What should any Constitution achieve?
“Some say that a Constitution represents the core ideals of a society, codified in writing, 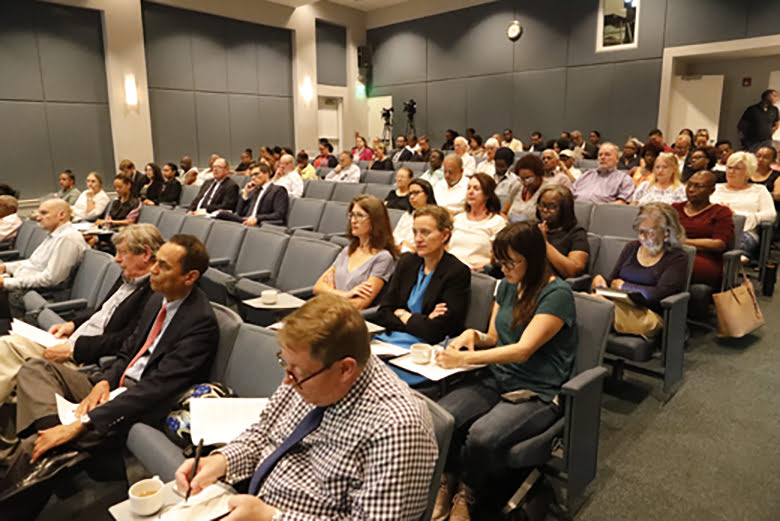 with the force of law, safeguarded by an independent judiciary. Others say that a Constitution is a picture, frozen in time that enshrines the bedrock of any society and on that foundation can be built order, the rule of law and a way of life envisioned by those who first developed the document. Arguments on both sides have been mounted in many jurisdictions and sometimes even here in Bermuda.
“If I were to answer the question: what should any Constitution achieve? I would say that a Constitution must reflect the best of who we are. It should contain the highest ideals that transcend our divisions or fears or prejudices and start from a premise that the intent of the document is to do right. 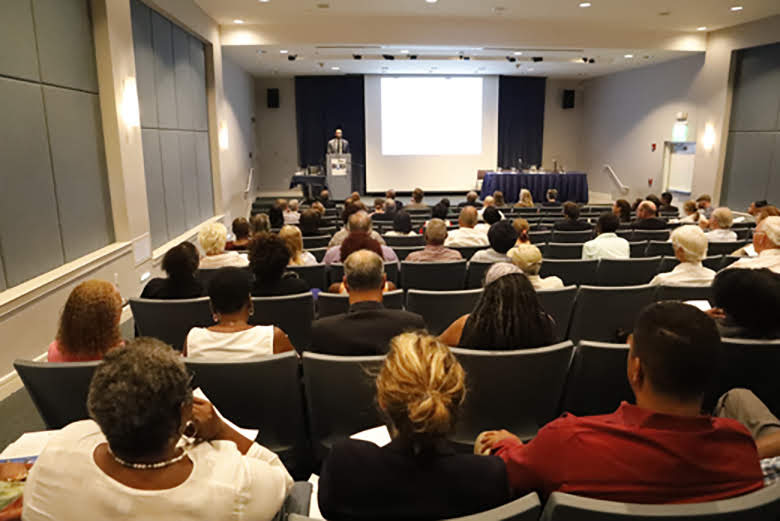 “It cannot be denied that the 1968 document did not achieve that. That is not to criticize those who may have worked long nights to develop it, but the factual matrix through which the passage of the 1968 document must be viewed makes the reality of it unassailable. Bermuda was imperfect, still racially segregated, ruled by an oligarchy whose principal objective was to lower the temperature of black empowerment and awareness by giving a little in the push for greater enfranchisement.
“That legacy of imperfection still persists today,” he said.
“Under the guise of universal adult suffrage, the 1968 Constitution was the legal mechanism to cement gerrymandering. Its crafty boundaries and imposition of dual seat constituencies assured victory after victory for one Party over another. Only in 2003’s General Election did we finally achieve one man or woman one vote, each vote of equal value. Bermuda’s economic success has often clouded the view of many on these inequalities. Who was it who said ‘full belly make a weak revolutionary’? It may take us some time, but we do get there in the end.”
He also noted that the “value of today’s sessions is that in addition to examining the past there is a look toward the future”.

“In my comments to the Joint Session of the Legislature last month, I referred to the Constitution as, essentially, an unfinished story. Part of our political maturity must involve an understanding that irrespective of our nation status, our Constitution will be tested.

“That is a natural part of democracy and as a community we must embrace those tests as a means by which to make our society stronger. If we truly believe in democracy and the freedoms and rights of the individual, one of those fundamental freedoms is to challenge the authority of the State and its institutions. An active citizenry, who refuses to settle for the status quo should be encouraged. Life itself is founded in testing boundaries, growth and change,” Mr Burt said.
“We cannot meet every mention of constitutional change or independence with the same, tired arguments from 25 years ago. We cannot stifle debate on legitimate issues that are caused by our constitutional status with threats of economic ruin or rumored angst from those who do business in Bermuda. The mature society considers arguments for and against, respects the views of all stakeholders and ultimately decides on whatever the next steps will be. Fear or an endless supply of ‘what if’s’ is not an argument for or against anything.”
On that note he said: “There is room for change in our constitutional arrangements and there’s a month’s worth of news to prove it! Our responsibility as leaders, academics, citizens is to embrace a debate on what we need to make our society better, and determine how constitutional change will play a part in achieving that aim.
“Just as the world has forced us to change how we market Bermuda to tourists; just as the global economy has dictated that we diversify our local economy, we must be open also to constitutional change that will play its part in improving the lives of our people. I look forward to that debate and my hope is that as you discuss these issues throughout the day, a focus for our next chapter of constitutional development will emerge.” 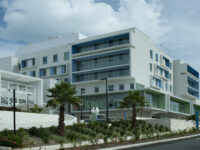 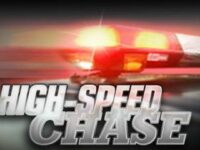