Postal staff have completed the airport mail facility move to Mills Creek, in the contracted multi-million dollar airport redevelopment plan will ultimately cost local taxpayers $360,000 in building modifications, and another $30,000 a month in rent. 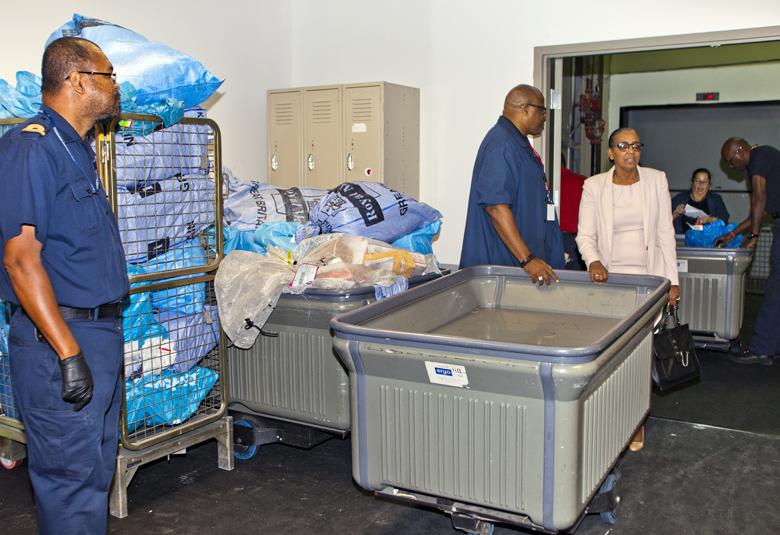 A Ministry spokeswoman said: “The public will be aware that the BMPC has vacated its publically owned premises at the LF Wade International Airport and relocated to the New Venture Building, Mills Creek, Pembroke.”

The BMPC formally moved to the new site last week. During the visit, Minister Foggo was provided with an overview of the BMPC operations and discussed with senior staff the logistics surrounding the significant move.

“It was important to visit the new site of the Bermuda Post Office Mail Processing Centre to demonstrate my support for the BPO team,” she said.

“They worked to meet some incredibly tight deadlines to ensure that the move was a success, and I want to commend their dedication and commitment to seeing the process through.”

Earlier this month, Public Works Minister Colonel David Burch disclosed that the move will cost taxpayers an estimated $360,000 in modifications to the New Venture House on Mill Creek Road, and roughly $30,000 a month in rent plus service charges.

Addressing MPs in a Ministerial Statement Col Burch stressed that it was important to give “all of the details and time lines concerning how a Government Department housed in a government building could be charged rent (and possibly penalties) by a 100 percent foreign owned company”.

He also chastised the former administration for failing to mention the additional costs to taxpayers during the most recent Budget Debate.

“I understand the public will wonder how the repeated phrase that ‘the airport development will not be a burden on the tax payer’ has been transformed into Government paying for essential unbudgeted items from the public purse,” he said.

“To say the airport contract is the gift that keeps on giving would be an understatement,” said Col Burch. “It’s a sad tale.”

He went on to describe the controversial multi-million dollar airport redevelopment project with Aecon as “a comedy of errors”.

Last week, Transport Minister Walter Roban announced that Government has commissioned a review of the controversial contract with the Attorney General’s Chambers, in search of a better deal.

The Public Private Partnership was entered into by the former Government with the Canadian Commercial Corporation and Canada’s largest public construction and infrastructure development company, Aecon, and carries a 30-year lease at the LF Wade International Airport. 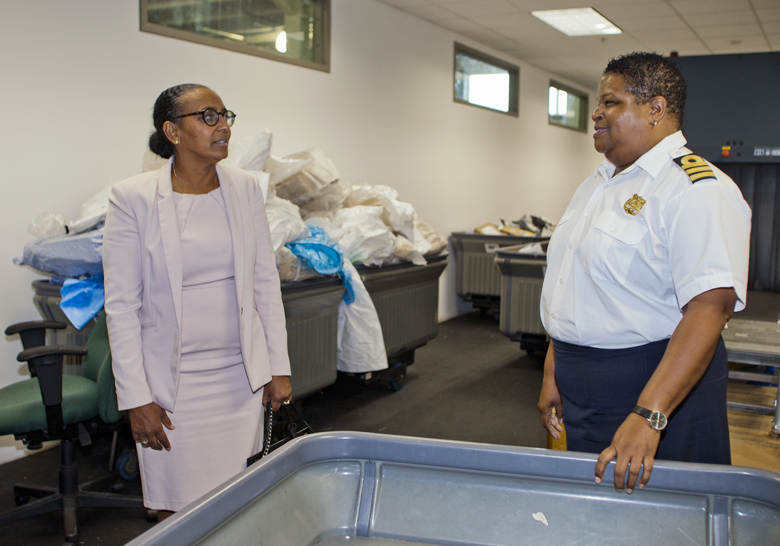 “The Government wants to further scrutinize the agreement because, as I said, we wish to get a better deal for the people of Bermuda.”

The review, which is being conducted by the Bermuda Airport Authority has “already engaged P3 experts LeighFisher, a global management consulting firm, to assist in the analysis of the Project Agreement.

The contract itself, he said, has “many volumes that make up the closing documents of the Agreement that is being reviewed”.

“It is large, detailed, and complex, and it will take time to fully examine it to provide the Government with the recommendations required for a decision,” said Mr Roban. And the agreement requires “Bermuda to give up more than two billion dollars in revenue over the next 30 years.

“We believe the country cannot afford what the former government signed us up for. As this transaction is under review, all options will be considered. But he said the Government remains “confident that a better deal can be achieved”.

He also noted that the decision to construct a new airport “was not part of the last Government’s election platform, and appeared to come out of nowhere”.

“The former Government started this process without an RFP, not following Financial Instructions which are in place to protect the public purse, and which is standard for best practice,” said Minister Roban.

“Bermudians want a new airport and we do agree that this will be important to carry out.

“What many people experienced with this particular proposal was a process and arrangement we were being forced to accept as the project was not opened to other bidders. When a significant amount of people expressed their disapproval, they were ignored,” he added.

Since then, Aecon’s ownership has changed hands in an acquisition takeover by CCCC International (CCCI) Holding Limited to the tune of $1.51 billion.

In a Bermuda Real article published last Friday, October 27th, a spokesperson for the Premier’s office said the recent change in ownership “will not have an impact on the construction of a new terminal at the airport”.

The spokesperson added: “The review of the former Government’s privatisation agreement with Aecon is continuing and our aim remains to ensure that Bermuda’s taxpayers get a better deal.”

‘UK Travel Is On Sale’: Plunging Pound Attracts US Visitors