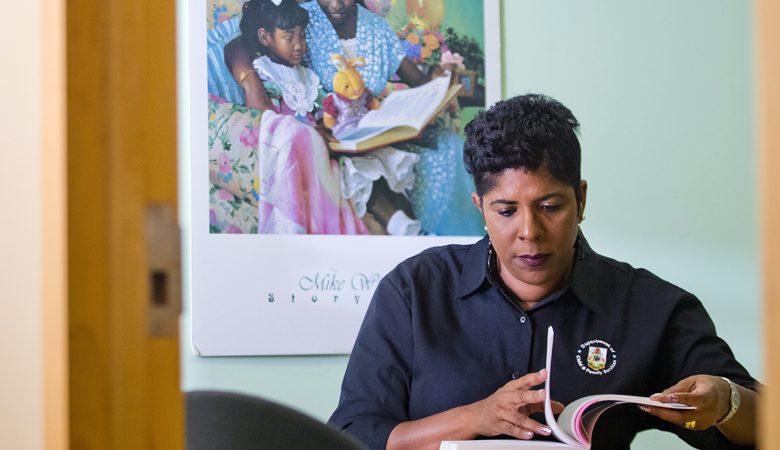 The islandwide appeal sent out last year for more residents to consider becoming a foster care parent, has prompted a positive response, to meet the needs of Bermuda’s young children taken out of homes with families in crisis.

Now heading into the second month a New Year, the Foster Care arm of the Department of Child and Family Services (DCFS), remains hopeful they will end up with enough new foster care parents on board; to relieve what has been a crisis situation.

The appeal for more potential parents to step up continues through to the end of March.

In follow up to our report published in November, when the pool of parents called on to assist with emergency cases had reached an all-time low, Bermuda Real can report that “as many as 15 persons” either called in or emailed the department “to make inquiries”.

And they all wanted to know what it takes to become a foster parent to children displaced from their own homes.

“Out of that cohort, eight persons are actively involved in the actual application process and are going through the orientation,” said Selena Simons, the department’s Coordinator.

In recent weeks you may have heard radio commercials, that started in December and ran throughout the month of January, arranged by the Department of Communications (DCI).

“DCI were great in setting up the radio ads. It is our hope that by the end of March if we can have between 10 and 12 new foster families approved and ready to take in youth – we would consider this campaign to be a success,” she said.

Of the potential new pool of parents, she said some had already started the screening process.

“That too, is monitored by Family Court, and it depends on the biological parents in the individual cases involved and their progress.

“All of their circumstances, including challenges, strengths and progress must be reported to Family Court for full consideration to be made in returning the children home.”

Unlike other jurisdictions, she said: “Bermuda is unique in that Foster Care arrangements can last for many, many years – even up to the child’s 18th birthday.

“This is not the case in other jurisdictions where legislation exists to give parents a defined time-frame of either 18 or 24 months, to make significant progress and be able to get their children out of the system and reunify them as a family.”

As of December, the DCFS was working with 60 families that have taken in 74 children, some with siblings. In some cases, families with foster care children already, were asked to double up.

The children who end up in Foster Care under emergency circumstances, arrive through referrals from the police and the hospital, through mandatory reporting of cases of child abuse. In some cases information comes in by way of concerned members of the public.

Child abuse cases reported include case of gross neglect, physical and sexual abuse, with some cases involving abuse on the part of either parent.

When a child is removed from their home, by law, the term Foster Care literally means that Family Court has given the DCFS a Care Order, under the Children’s Act 1998, to care for the children involved; who are then placed in the Director’s care.

“It’s for 30 days, three months, six months, or a year. And you have to keep going back to court with progress reports on progress, or non-progress,” said Ms Simons.

“The court order is then extended for a certain period.” And even then she said: “You have measures.”

In other jurisdictions, she said: “They are expected to be evaluated for the preparation of having their children returned to them,” she said. “After a 24-month mark, there is an opportunity to hold a Special Termination of Parental Rights hearing.

“This is not taken lightly but it is an avenue to pursue and promote permanency for a child. For example, if the Court rules that the parents’ rights are terminated, that child can be put up for adoption.

“In Bermuda, the Children’s Act 1998 does not have Termination of Parental Rights embedded in it, which means that children can potentially be in Foster Care until they reach the age of 18.”

But she said: “The Adoption Act of 2006 has a legislative framework within, wherein an application to have the biological parents’ consent dispensed with can be made. In order to use this, there must be a willing applicant.”

From a legal point view, she said there are those who hold the view that the Children’s Act 1998 is outdated, and that updating it is long overdue.

After all is said and done, she said: “The original act was replaced by the amended legislation that was enacted in 1943, and we’re just now about to do it again since 1998.

In part three of this report, we’ll take a look at what you need to know, or even ask yourself first, if you’re considering becoming a foster care parent in Bermuda.

We’ll also take a closer look at some of the problems encountered in finding suitable homes for children in need of Foster Care, who come with a whole set of issues of their own.

And how some of those issues become the focal point of matters put before the courts on an ongoing basis, based on each child’s individual case.