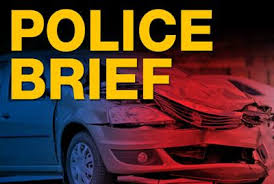 A police spokesman said: “In the first incident a 22-year-old man sustained lacerations to his hand around 11:55pm Friday, after apparently being cut by a broken bottle wielded during an altercation at the establishment.

“The 22-year-old was transported from the scene via private vehicle.

“In the second incident around 9:15pm Sunday, a 20-year-old man exited the premises with a wound to the abdomen – after apparently being stabbed during an altercation with another man inside the sports club.

“The 20-year-old was transported to King Edward VII Memorial Hospital by police vehicle for treatment and at last check was recovering in stable condition on a general ward.”

Acting Assistant Commissioner of Police James Howard who is in charge of the Tactical Operations Division, reiterated the reminder issued after the club was shutdown for 24 hours following another disturbance outside the club, that “all licenced premises” where antisocial behavior is committed on licensed premises “will not be tolerated”.

“As a result of these recent incidents in addition to previous ones at the Southampton Rangers Sports Club, the Bermuda Police Service is evaluating the range of options available under the Liquor Licence Act. Liquor licenced premises must ensure that the anti-social behaviour of a few does not affect the responsible socialising of the many responsible patrons,” he said.

Liquor licenced premises have a ‘social responsibility’ for the safety of their patrons and the conduct of those persons who threaten that safety.

Moving forward, he said: “The  Bermuda Police Service will continue to respond to any anti-social behaviour linked to liquor licenced premises with all of our law enforcement options – which includes but is not limited to – the temporary closure of offending properties.”

Any witnesses or members of the public with relevant information regarding either incident are urged to call the Criminal Investigation Department on 247-1744 or the independent and anonymous Crime Stoppers hotline 800-8477 at the earliest opportunity. 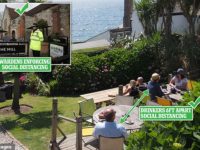