Two men were arrested by police on Tuesday night after a gun and a quantity of ammunition were seized by police from a car stopped in Warwick.

A spokesman said police were conducting “ongoing enquiries regarding a specific investigation” when they “had cause to stop a car” in the St Mary’s Road area in Warwick.

“One of the men was also arrested on suspicion of possessing a controlled drug. Both men remain in police custody,” he said.

Anyone with information regarding the location of illegal firearms, ammunition or drugs is urged to contact the Serious Crime Unit on 247-1739 or the confidential independent Crime Stoppers hotline on 800-8477. 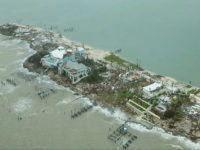