Police issued a road traffic advisory this weekend, in the lead up to a march planned by the Bermuda Trade Union Congress (BTUC) on Monday, May 1st, in recognition of International Workers Day, also known as May Day.

The ‘Solidarity March’ is scheduled to start from Victoria Park at 12 noon. The route is as follows:

A spokesman said: “Traffic delays are anticipated in the City of Hamilton during the march and motorists are advised to follow any directions provided by police officers assisting with traffic management along the route.”

Meanwhile, in anticipation of a show of support for defendants charged in connection with the December airport protest, who are due to appear in court on Monday and Tuesday, police outlined security measures to accommodate a peaceful gathering with an advisory on court conduct.

The spokesman added: “Plans are in place to cater to large numbers of people attending on the days mentioned.” There will also be a heightened police presence to ensure that building entries remain clear. But there are no plans for street closures at this point in time. This may change however, “if the need arises”.

Court proceedings are scheduled to get underway at 10am on Monday. Public access will cease once all seats are taken. No standing will be allowed in the courtroom. It was also noted that visitors are subject to search, and banners are not permitted, along with mobile phones.

An emergency membership meeting was called by the Bermuda Industrial Union in the lead up to the Monday’s march. The BTUC also called on “the community to stand in solidarity with our trade union leaders and others who are being prosecuted before the courts for exercising their justified and democratic right to protest”.

A ‘Solidarity Service’ will also be held at the St Paul Centennial Hall  on Sunday, April 30th at 10:55am in celebration of International Workers Day. 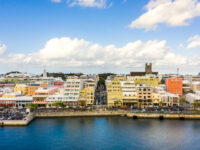 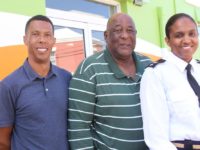