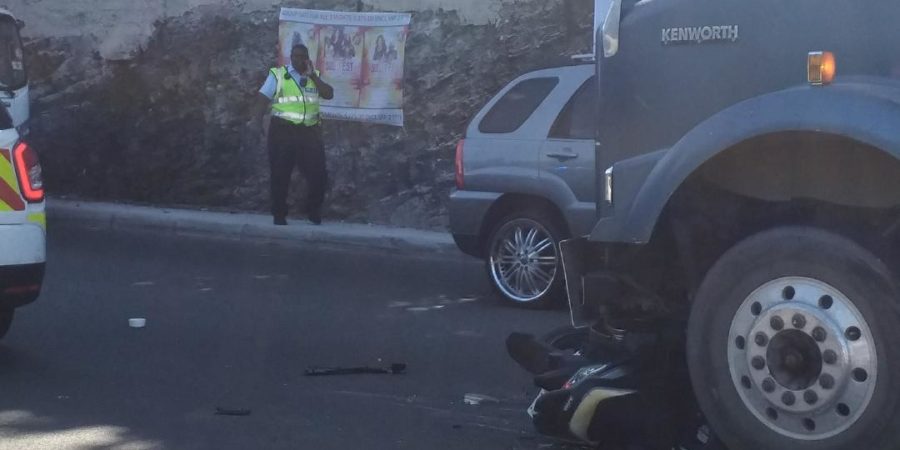 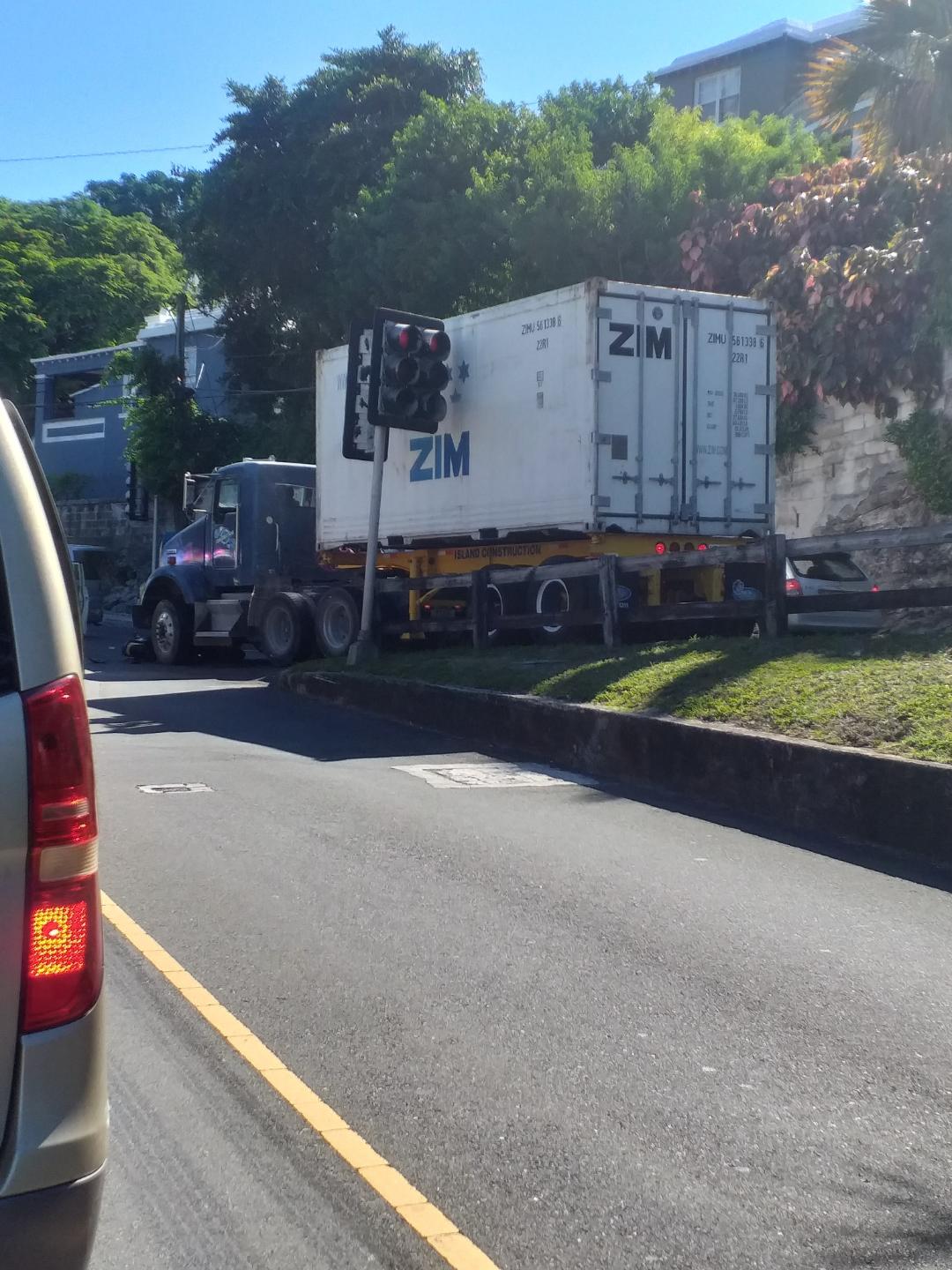 Police say a motorcyclist involved in a road traffic accident with a tractor trailer truck narrowly escaped injury this morning.

Police say the accident occurred around 9:55am today (Tuesday, July 23rd) at the Paget traffic lights on South Road in Paget, near the junction with Middle Road.

“However, it is understood that the male rider involved somehow escaped injury.

“Police officers attended, assisted with traffic management at the location and processed the scene, with normal traffic flow resuming in the area less than an hour later,” he added.

“Any witnesses are asked to call the main police telephone number 295-0011.”