The Bermuda Police Service (BPS) along with the Royal Bermuda Regiment initiated a search in the Devonshire area this afternoon, following a news conference held earlier today on the latest information surrounding the missing teen.

Police were asking for the public’s cooperation as the search continues.

Acting Assistant Commissioner James Howard said the ongoing investigation into the disappearance of 19-year-old freshman student at St Joseph’s University in Pennsylvania, was here for a rugby tournament that ended on Saturday.

He arrived in Bermuda with the school’s rugby team on Thursday, March 15th, to compete in the 2018 Ariel Re Tournament.

“There were 20 teams, both local and overseas, competing,” said Mr Howard.

“The tournament finished on Saturday afternoon (March 17th). It then appears that Mark along with friends and family went out to socialise.

“The last time he was seen by his family and friends was a few minutes after 12am Sunday, March 18th at The Dog House (a local restaurant and bar) on Front Street in the City of Hamilton.”

Police were officially notified of Mark’s disappearance “by a family member”.

Mr Howard added: “Police enacted their missing person protocols and commenced trying to locate Mark, including a concerted media and social media campaign, which saw updates throughout the day and night.”

Police are also conducting “an extensive review of the islandwide CCTV network in order to ascertain his movements, if possible.”

Additionally, he confirmed that the CCTV footage reviewed so far, “indicates that Mark was seen alone at 1:09am” on Sunday, March 18th, “walking east along Front Street just past the junction with King Street”.

He was last seen wearing a green T-shirt, khaki pants and black shoes. And he appeared to be using a cell phone device.

“The latest indication so far is that at 1:15am he was seen walking east on Middle Road, Devonshire near Shelton Road.

A coordinated search is being done. Areas of East Broadway and Crow Lane have been checked.

“The BPS Marine Unit have scoured Hamilton Harbour. The police, his family and members of the community have searched the environs of the City including restaurants, bars and hotels – all with negative results.

“We continue to search specific areas as information develops.” 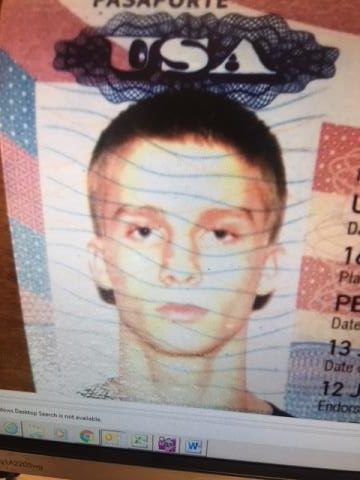 The senior officer added:” The Bermuda Police Service is working with local and overseas partners to advance the matter, with the primary goal to locate Mark as soon as possible.

“The BPS is aware of the high level of interest in this matter and appreciates all the assistance that is being offered. We are aware of the efforts on social media and thank members of the public for their interest and assistance.

“We urge though, that all search activity be coordinated through the police to capture all information accurately and to avoid duplication of efforts.

“There is an investigative process being followed and we request the cooperation of the public in this regard,” Mr Howard said.

A community strategy will be developed to “identify key ways the community can mobilise and assist with the search”.

Anyone with information that may assist is urged to contact police, particularly, “persons that may have personal security cameras in the Middle Road, Devonshire area that may have captured activity around 1:15am Sunday, March 18th”.

If you do, you are asked to review that footage “for anything that may assist police”.