A 46-year-old Hamilton Parish resident who was seriously injured in a two motorcycle accident remains listed in critical condition in the hospital’s Intensive Care Unit.

Police say the accident occurred around 7:50pm on Sunday, September 19 on South Road in Warwick.

A spokesman said: “No further update was available regarding the second rider involved, said to be a 21-year-old Pembroke man, who had been receiving treatment at the hospital for a broken arm. However, the second rider’s injuries are not believed to be as serious.

“The investigation continues regarding this collision and witnesses that have not already come forward – or members of the public with any relevant information – are once again encouraged to call 211 or the main police telephone number, 295-0011, as soon as possible.”

Meanwhile, the 21-year-old female rider (said to be a Sandys Parish resident), who was injured in a three vehicle collision at the junction of Somerset Road and Scaur Lane in Sandys was still recovering in hospital.

“Her injuries, which included a broken arm, were not believed to be life threatening,” the spokesman said.

“The other rider involved, a 60-year-old man said to be a resident of Southampton, was treated at the hospital for an ankle injury and later discharged. The driver of the third vehicle in this collision (a truck), said to be a 56 year old Sandys parish man, was not injured.

“Inquiries continue and witnesses that have not already come forward – or members of the public with relevant information – are encouraged to contact Constable Llewellyn Simons on 211, or his e-mail lsimons@bps.bm.” 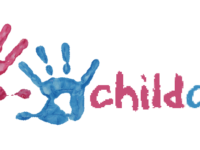 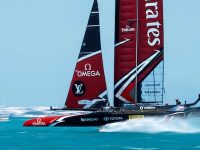 VIDEO: $58 Million Paid Out Due To Unemployment, Plus Another 400 Families On Financial Assistance