The Bermuda Police Service (BPS) has confirmed that a 36-year-old man has been arrested in connection with the bomb threat that shut down Court proceedings and administration in other Government Departments in the Dame Lois Browne-Evans Building on Monday morning. 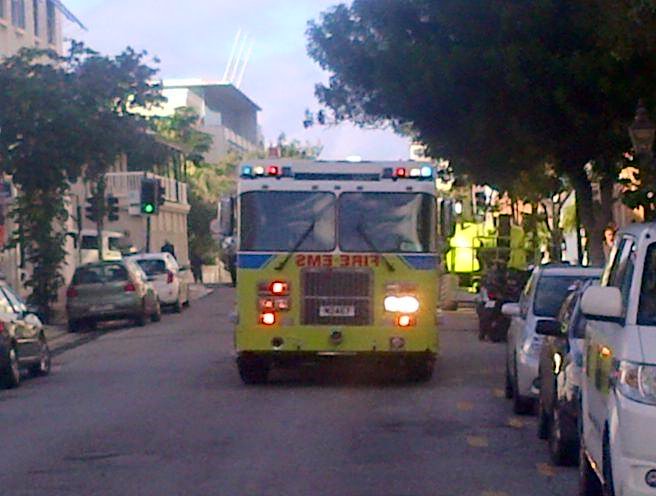 Emergency personnel including the Bermuda Fire and Rescue Service and the Police Explosive Ordnance Disposal (EOD) unit were dispatched to the scene shortly after the phone call came in around 9:30am on the 911 system stating there was a “bomb in the courts”.

The building was evacuated immediately, in addition to the two buildings to either side (Hamilton Police Station and Global House) while a full assessment was made.

Assistant Commissioner of Police Martin Weekes stated that in the early stages as the threat was being analysed and assessed by the Intelligence Department of the BPS.

Once the threat had been assessed, the two neighbouring buildings were re-opened and a floor by floor assessment was undertaken of the Court building by senior staff led by the Manager of Hamilton Magistrates’ Court, following the established protocols.

BPS personnel together with the Bermuda Fire and Rescue Service cordoned off nearby streets, as people who work in the building and others due to appear in court gathered while waiting for the buildings to be cleared to re-open. 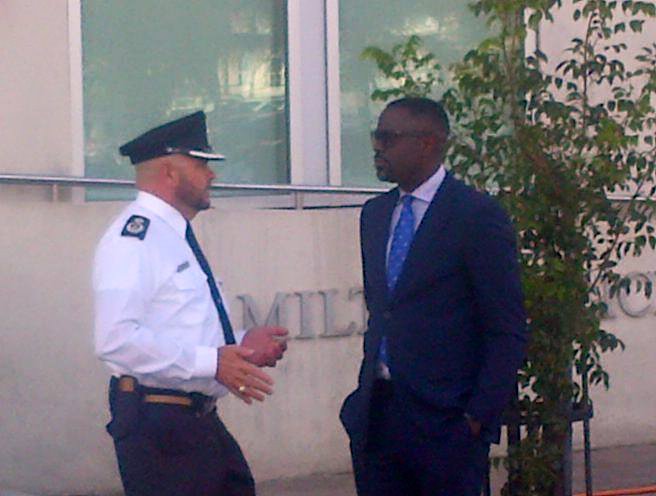 Mr Weekes stated that once a proper assessment of the building had been made in, and in agreement with an officer from the BPS Explosive Ordnance Disposal (EOD) unit, the building was declared safe and staff were allowed back in to resume their stations before the public was allowed to enter.

National Security Minister Wayne Caines said: “All threats of this nature are taken seriously and as a precaution staff were evacuated from Global House and the Dame Lois Browne-Evans buildings.

“The most important thing is always the safety of staff. It is unfortunate that someone would do something so malicious to impact commerce and disrupt not only the courts but the work of everyone in these buildings.”

The temporary closure disrupted Magistrates’ Court proceedings and the monthly arraignment session, normally scheduled to begin at 10am. But the courts were back up and running before 11am.

Meanwhile, the Bermuda Police Service has issued a public reminder that it is an offence to make false or malicious calls and that a full investigation is now underway, which has resulted in one arrest, as officers seek to determine whether or not anyone else was involved and responsible for the bomb threat.