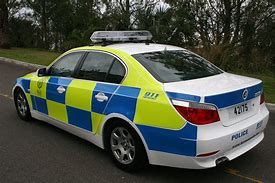 A 42-year-old man has been arrested in connection with what police say was a domestic related assault, which left a 29-year-old Warwick woman with knife wounds.

Police say the incident was reported around 12:10am on Tuesday, August 21, when police and ambulance personnel responded to a residence in the Tribe Road #7 Warwick area, following a reported assault at a nearby Lemarc Estate, Warwick home.

The woman sustained injuries to her head and arm in the incident – “apparently caused by a bladed article – but remained conscious and alert”.

A spokesman said she was “transported via ambulance to King Edward VII Memorial Hospital for treatment of her wounds and later discharged”.

“Initial information suggests that this incident was domestic related.

“A 42-year-old man has been arrested in connection with this matter and enquiries continue.”

Witnesses or anyone with “relevant information” are urged to contact the Criminal Investigation Department on 247-1744.

Meanwhile, police are appealing for information that will lead to the arrest of another man, after a 25-year-old female visitor was assaulted at Somerset Bridge during an attempted robbery.

A police spokesman said: “The suspect accosted and demanded cash from the victim, before she managed to escape and run off in the direction of Robinson’s Marina to get help.Fortunately, the female visitor was not seriously injured.

“As the incident unfolded a number of vehicles passed in the immediate vicinity and members of the motoring public may have seen either the victim or the suspect.”

Detectives continue their enquiries and are appealing for any witnesses who have not already come forward – or persons with relevant information – to contact the Criminal Investigation Department on 247-1744 at the earliest opportunity.

Police are also investigating an early morning robbery that occurred outside Four Star Pizza in Sandys.

The incident occurred around 1:15am on Tuesday, August 21, when a man wearing a black shirt and green shorts approached a 43-year-old male member of staff sat on a motorcycle, as he was preparing to leave, approached him outside the premises demanding money, while hitting the employee with a piece of wood.

A spokesman said: “The suspect was able to take a wallet from the staff member’s pocket before a co-worker and a passing motorist came to his aid.

“The suspect then fled on foot in a westerly direction along Somerset Road towards St. James Church/Scott’s Hill Road/Westside Road.

“Apparently the assaulted staff member was not seriously injured. The stolen wallet was later recovered in the area by officers.”