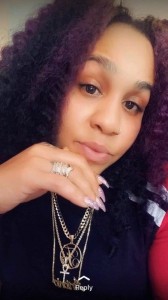 Police have named the victim of the fatal shooting on Tuesday morning (Sept 29) as 31-year-old Garrina Cann.

A spokesman said: “Miss Cann succumbed to injuries sustained after being shot multiple times, at around 12:20 a.m. on Tuesday, following an event at her Sunset Lane, Pembroke, residence.

“Anyone with information on this matter is asked to call the main police number, 295-0011 or, the independent and confidential Crime Stoppers number, 800-8477.

“Police are particularly interested in speaking with anyone who may have seen a male, approximately 5ft 7in tall, wearing dark clothes and riding a black and yellow motorcycle, in the Sunset Drive Pembroke area between the hours of 12 midnight and 12:30am on Tuesday.

“Police are also appealing for calm in the wake of this incident and urges that the investigation be allowed to run its course as we seek to bring justice Garrina’s family.

“A Family Liaison Officer has been appointed to assist the family during this difficult time and The Bermuda Police Service extends our sincerest condolences to them.”

Speaking at a news conference on Wednesday, Detective Superintendent Nicholas Pedro said: “In the wake of the murder obviously tensions have been raised considerably in the community and we’ve also seen on some social media talk about retaliation and the like.

“We have increased armed patrols with specific taskings around critical areas in regards to this.”

He urged calm in the community saying retaliation is not the way to go.

Detective Sgt Jason Smith said police are aware that the victim had received “certain threats” prior to the fatal shooting and they are appealing for anyone with information to come forward.