A 57-year-old St George’s man is today listed in stable condition on a general ward, after he was extracted from an overturned vehicle that struck and damaged a wall in Hamilton Parish near the junction with Radnor Estate Road.

A police spokesman said: “It now appears that a van driven in the eastbound lane of North Shore Road struck and damaged a wall then overturned, ending up on its side. At first a car was thought to have been involved.

“Apparently the driver, said to be a 57-year-old St. George’s man, had to be extracted from the damaged vehicle and was transported to King Edward VII Memorial Hospital via ambulance for treatment.

“At last check this morning (November 16th) he was recovering in stable condition on a general ward. There were no other injuries reported.

“Traffic delays occurred in the area for approximately an hour. The damaged van was later towed away,” he added.

Any witnesses are asked to call the main police telephone number 295-0011. 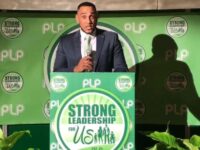