Police have confirmed the death of 24-year-old Adrian Hassell, who died as a result of a marine accident on New Year’s Day.  And the 30-year-old boat operator has been arrested on suspicion of operating a marine vehicle whilst impaired.

A spokesman said the young man who tragically lost his life, was seriously injured when the boat he was on hit rocks near Lefroy House,

He was rushed to the hospital’s Emergency Department in an unresponsive state, where he was later pronounced dead.

The driver of the boat and a 25-year-old woman also sustained non-life threatening injuries.

The man is currently listed in stable condition in the Intensive Care Unit. The woman was treated and subsequently released.

“The powerboat operator was arrested on suspicion of piloting or being at the helm of a boat while impaired and later placed on police bail,” the spokesman added.

The 18-foot boat has been impounded.

Police are now interested in speaking with anyone who can help them trace Mr Hassell’s movements on New Year’s Eve, particularly at Front Street establishments Dog House or Pickled Onion, or anyone who may have seen or spoken to the friends he was with.

Anyone with information is urged to contact police on 717-2077. 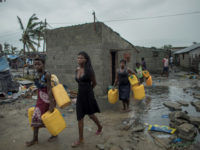