The Bermuda Police Service (BPS) today acknowledged “historical concerns stemming from large numbers of school students congregating in the City of Hamilton after school hours”, which results in police officers being deployed “in an effort to reduce opportunities for anti-social behaviour to occur”, particularly when violent incidents break out.

Following published calls by the Mayor of Hamilton, Charles Gosling, for a police presence at the city bus terminal, a police spokesman said: “The BPS recognises that there are issues affecting public transportation as well as other contributing factors that may sometimes necessitate students visiting the Hamilton area.

“However, we advise that parents and administrators of both public and private schools recommend that students, as much as practical, travel home directly from school or the surrounding environs and avoid travelling into Hamilton unless absolutely necessary.”

Mr Gosling’s call for a steady police presence during after-school hours comes hard on the heels of an all-out brawl, that broke out just before 5pm on Church Street, near the bus terminal on Monday afternoon.

Graphic video began circulating almost immediately islandwide on social media, showing a number of young men kicking and punching each other before members of the public intervened.

The city Mayor also called for more police officers on foot patrol, particularly when children are waiting to catch buses home after school to prevent violence and antisocial behaviour. 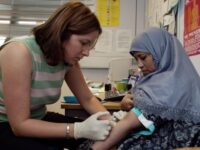