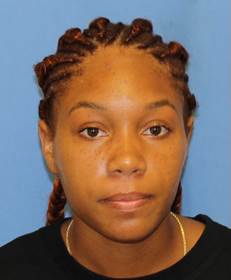 Ms. Richardson is described as being light brown complexion, five foot, three inches tall, of medium build, weighing about 137lbs, with light brow/ginger coloured hair.
Ms. Richardson was last seen around 7:10pm on Sunday September 5th in the Devonshire Parish area. At the time she was wearing rainbow coloured leggings and a royal blue t-shirt.
Anyone with information on the whereabouts of 17 year-old Sha’Lae Richardson is asked to contact police on 211.”

Queens Dad Told Sons ‘Keep Your Seat Belts On’ Before Running Down Wife With SUV, Then Stabbing Her