Magistrate Archibald Warner has granted a forfeiture application by the Crown to the tune of $64,600, in the case of Ugandan national Billy Odoch, who entered Bermuda illegally in December 2013.

Odoch pleaded guilty to obtaining a UK passport by deception when charged on October 14, 2015, and was sentenced to two years imprisonment. 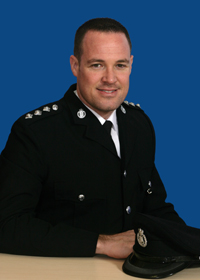 According to Detective Chief Inspector Nicholas Pedro of the Organised & Economic Crime Department, the court heard that the monies seized ($64,600) at the time of Odoch’s arrest were “linked to the proceeds of his criminal conduct”.

The court ruled in favour of the Crown’s application on Friday, and the funds seized will be deposited into the Confiscated Assets Fund.

After the hearing, Inspector Pedro said: “The Bermuda Police Service remains committed to depriving criminals of the benefit from criminal activity, and this case represents our ongoing commitment to removing the incentive to committing crime in Bermuda.