Crime in Bermuda fell by about four percent, making 2016 “the third lowest for total crime since the year 2000”. But it was a year marred by an increase in violent crime with seven murders, five as a result of gun violence, and another 11 road traffic fatalities.

Speaking at a news conference today, Police Commissioner Michael DeSilva said: “Regrettably, the report is punctuated by seven homicides, five of which were committed with firearms, and another nine people were injured by guns.

“One additional death was recorded as manslaughter. There were 31 confirmed firearms incident, an increase  from 12 the previous year.”

Overall, he said: “Increases were recorded in Murder, Robbery, Sexual Assault, Offences Against Children and Other Assaults. An increase in Burglary (Crimes Against Property) was also recorded.

“In 2016, seven murders were recorded (Patrick Dill, Fiqre Crockwell, Jevon Daniels, Jason Mello, Edmund Flood, Isaiah Furbert and Deshaun Berkeley), with five killed by firearms. In 2016, nine persons were recorded as being shot and in 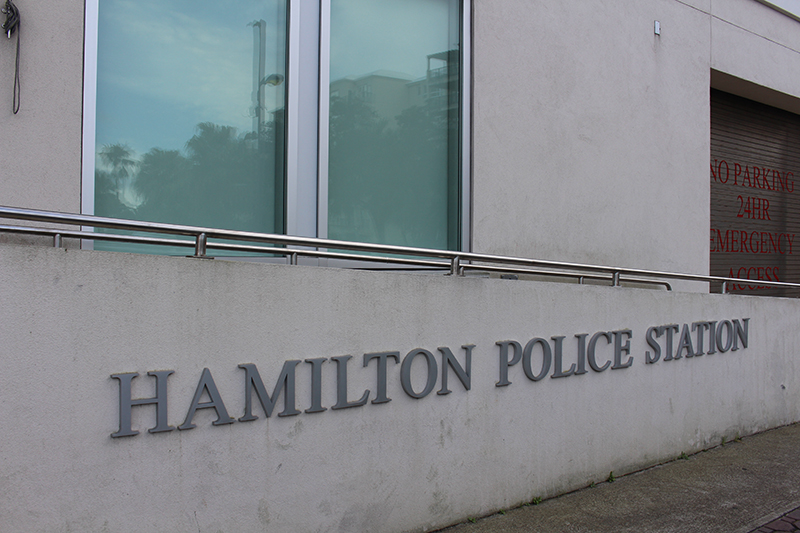 Another “eleven lives were tragically lost” on Bermuda’s roads, representing an increase from seven the year before. “This equates to 18 road deaths per 100,000 population, placing Bermuda in the top half of the World Health Organization’s estimation of global road traffic fatality rates.

To combat violent crime, the Commissioner also disclosed that the BPS has “received Government funding to hire 30 police officers this year”.

“We are recruiting trained firearms officers to join our ranks by the start of the America’s Cup, and a local Recruit Foundation Course commences in September. Twelve police cadets will also be hired through this exercise, and we will take our operational strength back up to 425 officers.”

He also noted that the release of the latest report was “delayed by technical issues with the new MEMEX crime recording system”.

Bermuda has recorded less than 1,000 crimes per quarter for 18 continuous quarters. That is a positive indicator that the general trend of total crime continues to be in a slight downward direction,” he added.

“As we reported last year, the increase in robberies is worrying but we should not be alarmist,” said Mr DeSilva. “Almost all robberies are crimes of opportunity to acquire money or other property, or they result from tensions and clashes between rival gang members. In all cases, we continue to advocate crime prevention tactics to reduce the opportunities for robberies to occur, and we encourage anyone to call in with information about suspicious activity to help catch and convict the offenders.”

To reduce the “fear of crime, especially where those fears might be disproportionate to the reality”, he said the service “is committed to ‘Making Bermuda Safer’ by tackling crime and anti-social behavior, and making the roads safer”.

The latest figures also “marked 18 continuous quarters with less than 1,000 offences between Q3 and Q4CC”. “In 2016, recorded crime decreased in Crimes Against Property and Crimes Against The Community, with nine of the 11 crime categories decreasing or remaining the same,” said Mr DeSilva.

“Decreases were recorded in Disorder Fraud and Deception, Anti-Social Behaviour, Theft of Property and Criminal Damage. In 2016, recorded crime increased in Crimes Against The Person, with five of the eight categories recording an increase.”