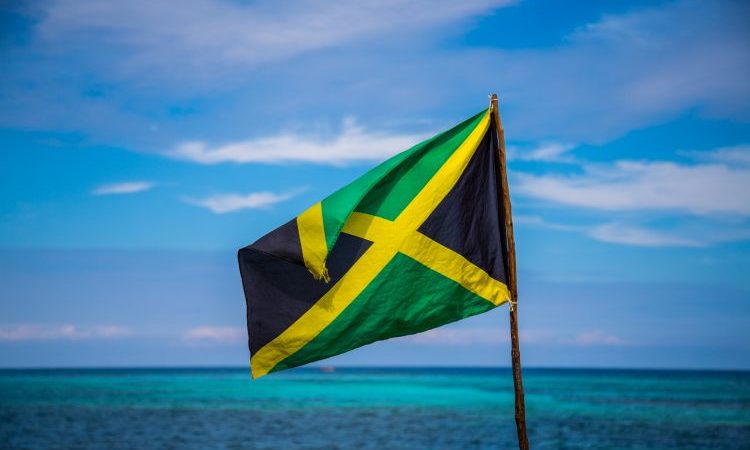 The Gleaner: KINGSTON, JA – As the election temperature continues to rise, the People’s National Party (PNP) has announced that it if it forms the next government, it will hold a referendum on whether to remove Queen Elizabeth II as Head of State.

The idea has long been floated by both the Jamaica Labour Party and the PNP.

However, this time, the PNP is promising that a vote would be had within 18 months of taking office.

This and other priority items were disclosed by party president Dr Peter Phillips during a meeting held at The University of the West Indies, Mona campus.

At the announcement, party faithfuls stood and applauded the proposal, although many would have heard similar announcements before. 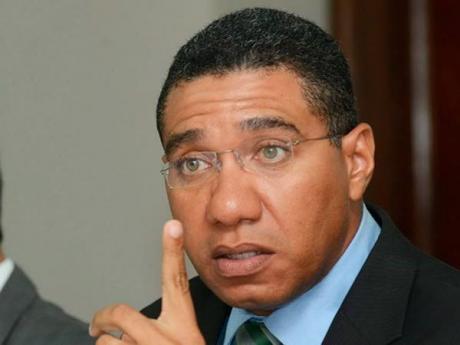 Prime Minister Andrew Holness, upon assuming office in 2016, included a proposal to make the island a republic in the 2016/2017 legislative agenda.

“Jamaicans have embraced the Queen and embraced our legacy in terms of the laws and the system of governance we have, but the deep burning desire we have for full independence still exists,” the prime minister said.

Former Prime Minister, Portia Simpson Miller, after taking the oath of office in 2012, had told the more than 8,000 guests seated on the sprawling lawns of the colonial mansion that 50th anniversary of Jamaica’s Independence from Britain would be a time for reflection on the lessons of the past.

“As we celebrate our achievements as an independent nation, we now need to complete the circle of independence. In this regard, we will, therefore, initiate the process for our detachment from the Monarchy to become a republic with our own indigenous president as head of state,” she had said.

“Ending the apartheid education system by making quality education, universally affordable and accessible to every child by upgrading some schools and improving conditions for teachers,” he listed.

He also promised “providing access to free or affordable health care through a universal health insurance scheme,” if the party were to form the next Government.

During the meeting, the party presented its slate of 63 contenders who will battle against their JLP opponents for the right to sit in Gordon House.

Meanwhile, today’s edition of The Sunday Gleaner carries a report headlined: ‘Call It, Andrew – PM Urged to Hold Polls in Next 30 Days As COVID Could Shift Political Tide Soon’. 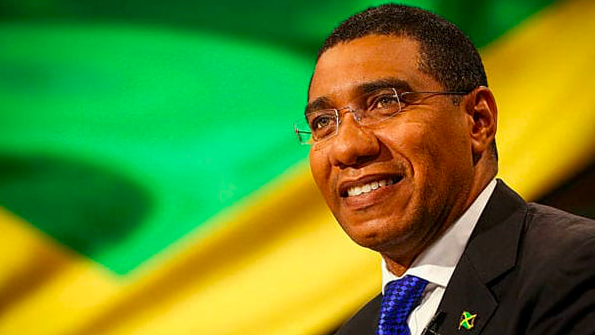 Political watchers have theorised that if Prime Minister Andrew Holness fails to summon Jamaicans to the polls in the next 30 days, he could risk a wipeout of the political capital he has built up with recent polls showing his Jamaica Labour Party (JLP) enjoying a comfortable lead over the opposition People’s National Party (PNP).

The JLP leader teased the electorate last week during a tour which has covered 10 constituencies up to today, pointing out to supporters that he was now sporting comfortable shoes and could be gearing up for a sprint.

In recent months, incumbent members of parliament and potential challengers and newcomers from both the PNP and the JLP have been hunkering down in the island’s 63 constituencies, especially those won by razor-thin margins in the 2016 polls.

Holness has also recalled parliamentarians from their summer recess this week in what is widely expected to be a vote to end the current states of emergency (SOEs) as he had previously indicated that he would not call Jamaicans to the polls under such security measures.

The House could also use the opportunity to debate and pass legislation to permit the hosting of both general and municipal polls simultaneously, a move the Electoral Office of Jamaica has indicated could result in huge savings with both elections currently due months apart.

But time is of the essence, political observers emphasised to The Sunday Gleaner. 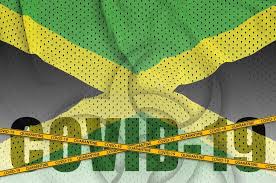 Among the chief threats is the COVID-19 pandemic, which has seen roughly 1,000 cases and 13 deaths on local shores after a surge in cases last week.

Public commentator Dr Paul Ashley believes things can only get worse for the Government.

“He (Holness) has no choice but to call it now. What would he be waiting for? Things to get worse?” Ashley asked. “Look at what he faces. He faces back-to-school challenges. He must [fully] reopen the tourism sector, and once that reopens, he faces increased numbers of positive cases. He is also running into a hurricane period, so what could he be waiting for?” 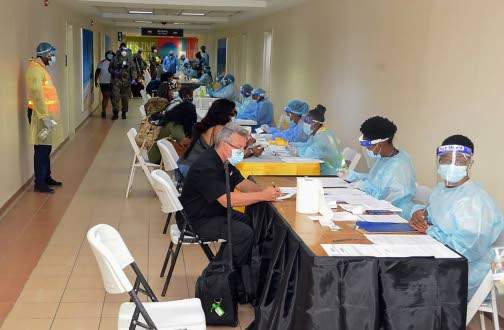 Recalling that Holness had posited that the dire economic impact of the lockdown caused by the spread of the highly contagious virus would be felt in September, Ashley said that the current global and local forecasts do not make for a happy September.

“We, like most of the world are two to three years away from any signs of economic recovery. An election is not something the prime minister wants to have on his back at this time,”Ashley said.

He further pointed out that Holness missed a glorious opportunity last year when Peter Bunting challenged PNP President Dr Peter Phillips in a contest for the top job.

“The prime minister should have called the elections right after the PNP’s leadership challenge in 2019. It would have been a wipeout. And even if he went earlier in 2020, the result would still be the same. But, don’t forget that Opposition don’t win elections; people vote out a Government,” stated Ashley, an attorney-at-law, adding that COVID-19 will be in the midst of the electioneering.

Pollster Bill Johnson, who recently tested the temperature on the ground, agreed with Ashley that time was slipping away for Holness.

“The [favourability] numbers are very high and I don’t see how they get any higher. When you are that high, the only place you can go is down, and sometimes the fall can be rapid,” Johnson told The Sunday Gleanerlast week. “And now you have this COVID-19 opponent, which is really unpredictable. So far, most persons give the administration credit for managing it quite well.”

That praise could turn to condemnation in the blink of an eye, however.

“I have been saying that, God forbid, that school reopens and there is a large [outbreak]. All of that goodwill will come crashing down in a week. So just looking at it from a straight political position, he should do everything to hold it before school starts,” said Johnson. 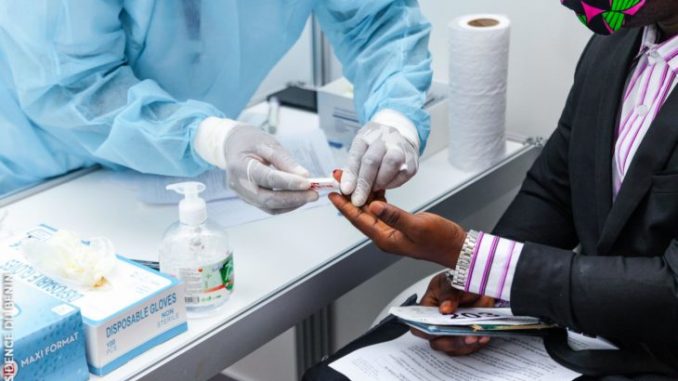 “If the prime minister is to be believed, then he would not call it before lifting the SOE and he will not hold it during an SOE. But he could choose to call it this weekend, and go to Parliament Tuesday and end it,” Campbell said. “If he does not call it this weekend, we have left August and we are also out of the first week of September based on what must be done.”

Political historian Arnold Bertram noted yesterday that the economic reality facing the winner of the election would be daunting, but said only one parliamentarian has successfully dealt with an economic crisis.

“Peter Phillips is the only parliamentarian with a track record of handling a crisis successfully. All of the works projects currently under way were planned and paid for by the PNP administration, but which have been implemented under this government,” he said.

A JLP insider told The Sunday Gleaner that Holness appeared to be haunted by the same dithering in 2011, which led to him losing the only other general election he called.

“Had he called it at the JLP conference in 2011, the party would be seeking a third term now. Instead, we come back full circle,” said the insider, who asked not to be named.

According to him, it was never the plan to hold elections on the July 31 voters’ list, but on the November 30, 2019 list.

“When COVID broke out in China, had he called the elections, we would be the Government managing the crisis, but with five years to go,” said the official. “I don’t think he has any choice but to call it now.”

The source further suggested that Holness could be waiting to see how Trinidadians treat incumbent Dr Keith Rowley in the twin-island republic’s general election tomorrow.

The PNP yesterday unveiled its slate of 63 candidates and their campaign managers at a session at The University of the West Indies, Mona. The JLP will do same today at the meeting of its Central Executive at the Montego Bay Convention Centre.