Jamaica Observer: KINGSTON – The People’s National Party [PNP] has expressed alarm at the sharp increase in murders since the start of 2022.

Up to Friday, Jamaica had recorded at least 97 murders in just three weeks – a rate of 4.6 murders per day.

“The Opposition is extremely concerned by the Prime Minister’s failure to address the issue of crime in Jamaica. His administration, specifically the Minister of National Security, has failed to deliver a sustainable crime control and prevention plan notwithstanding the drastic increase in our national security budget.

“Instead, the prime minister has resorted to shallow political scapegoatism by blaming the Opposition for his administration’s abject failure at keeping our citizens safe,” said PNP General Secretary, Dr Dayton Campbell in a statement.

Campbell noted that in a recent press conference, the prime minister “expressed his confidence in the failing Minister of National Security, Dr. Horace Chang despite the continuous public outcry over Chang’s retention of his ministerial portfolio”. 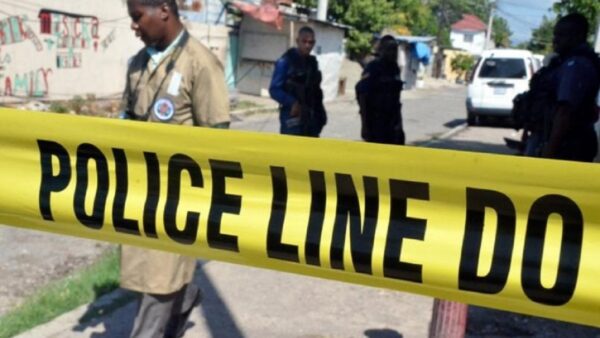 “The Opposition will not allow the current Andrew Holness-led administration to continue to gaslight Jamaicans with empty symbolism, PR stunts and feigning empathy. The Opposition has, on several occasions, indicated our willingness to cooperate in the fight against crime and has provided numerous recommendations on how to address the security issue in both the short term and long term,” Campbell stated.

He said that at Sunday’s meeting of the PNP’s National Executive Council, the issue of crime and violence will take centre stage.

“We will consider whether the incumbent minister and Commissioner of Police have lost the confidence of the public and whether they must be replaced,” said the general secretary.

In the meantime, Campbell said the Opposition is reiterating its call for the establishment of Zones of Special Operations in all hot spots across Jamaica where violent crime is getting progressively worse.

“The situation has been out of control for a very long time now. We cannot allow the prime minister to throw in the towel on a solution to crime simply because SOEs [states of emergency] have been ruled unconstitutional by the courts. We must utilise all the other tools at our disposal to urgently arrest the situation,” said Campbell.

He said the PNP “is committed to supporting law enforcement tactics that save lives and promote the preservation of the rights and liberties of our people”.