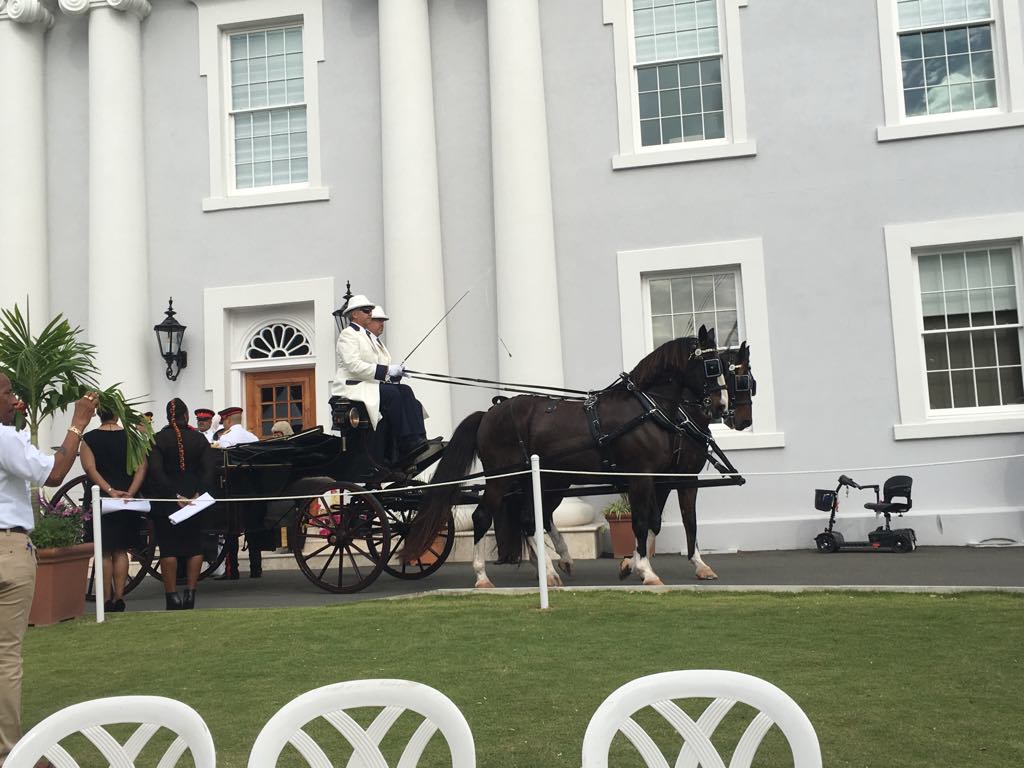 Legislation will be tabled during this session to increase competition in the island’s banking sector, to provide better interest rates on mortgages held by hard-working Bermudians.

In the 2018 Throne Speech address, Governor John Rankin said: “The Government is determined to provide relief to hard-working families through a series of measures, including, but not limited to, engaging alternative financing regimes, guarantees to reduce mortgage costs and repayments and, where required, legislation.

“Four constants of life in Bermuda symbolise how the failure to modernise over time can harm economic growth and societal development,” said Governor Rankin.

“Healthcare costs, regressive taxation, high mortgage rates and steep energy costs create a ‘perfect storm’ of ingrained costs that make us less competitive as a jurisdiction, deprive families of disposable income to the detriment of other sectors of the economy and stifle the desires of young people to realise a degree of permanence in their own country.

In terms of providing mortgage relief, he said: “Bermuda’s banks have reaped immense profits over several decades by imposing US interest rate increases on Bermuda’s mortgages and, in so doing, securing, in some cases, a 24 percent return on equity; a return four times the European Union average.

“The effect of this practice has been to drain hard-working families of disposable income that could be saved, invested or otherwise put into the economy.

“Declining retail sales can, in part, be tracked back to the fact that over the last year many families that have mortgages have seen their monthly payments increased, and so they are forced to spend more paying the bank than eating out or shopping.”

Governor Rankin continued: “Not all local banks have increased mortgage rates, and our tax system should not prevent families from taking advantage of lower rates at a competing bank.

“To boost competition between existing banks, stamp duty on any mortgage refinancing will be eliminated for amounts under $750,000, allowing Bermudians to move their mortgages to a bank that may charge a lower rate without having to pay taxes on that transaction.

While noting that the report of the Tax Commission “has been received”, he said: “Upon full consideration of the recommendations, Bermuda’s tax system will be reformed to establish a fair system based on a citizen’s ability to pay.

“The substantive reforms will be announced in February’s Budget Statement, but immediate action is required,” the Governor said.

“In this vein, the reform will begin with social insurance contributions.”

The new system will be changed from a “fixed-rate contribution to one based on a percentage of income; a change that was made in the UK 42 years ago, “which will finally happen in Bermuda this year.

“This change will increase the take-home pay of low-income workers, while ensuring that our pension fund is sustainable for the future.”

On energy costs, he added: “High energy costs are among the first factors as a barrier to doing business in Bermuda.

“High energy bills have hurt working-class Bermudians, forcing them to spend large amounts of their hard-earned money on an unavoidable expense; money that could otherwise be saved or pumped back into our economy.

“In fact, Bermudians pay the highest energy rates of any comparable jurisdiction, and these costs must be reduced. During this session, legislation will be advanced that provides greater powers to the Government to reduce the costs of electricity for the people of Bermuda.

“Additionally, the Government will change the structure of energy taxes to promote energy conservation by replacing the flat rate of tax on fuel imports with a progressive tax based on energy consumption.

“To increase the uptake of renewable energy, the Government proposes to increase distributed generation beyond the individual level, harnessing renewable energy for use on a community, commercial and utility scale.”