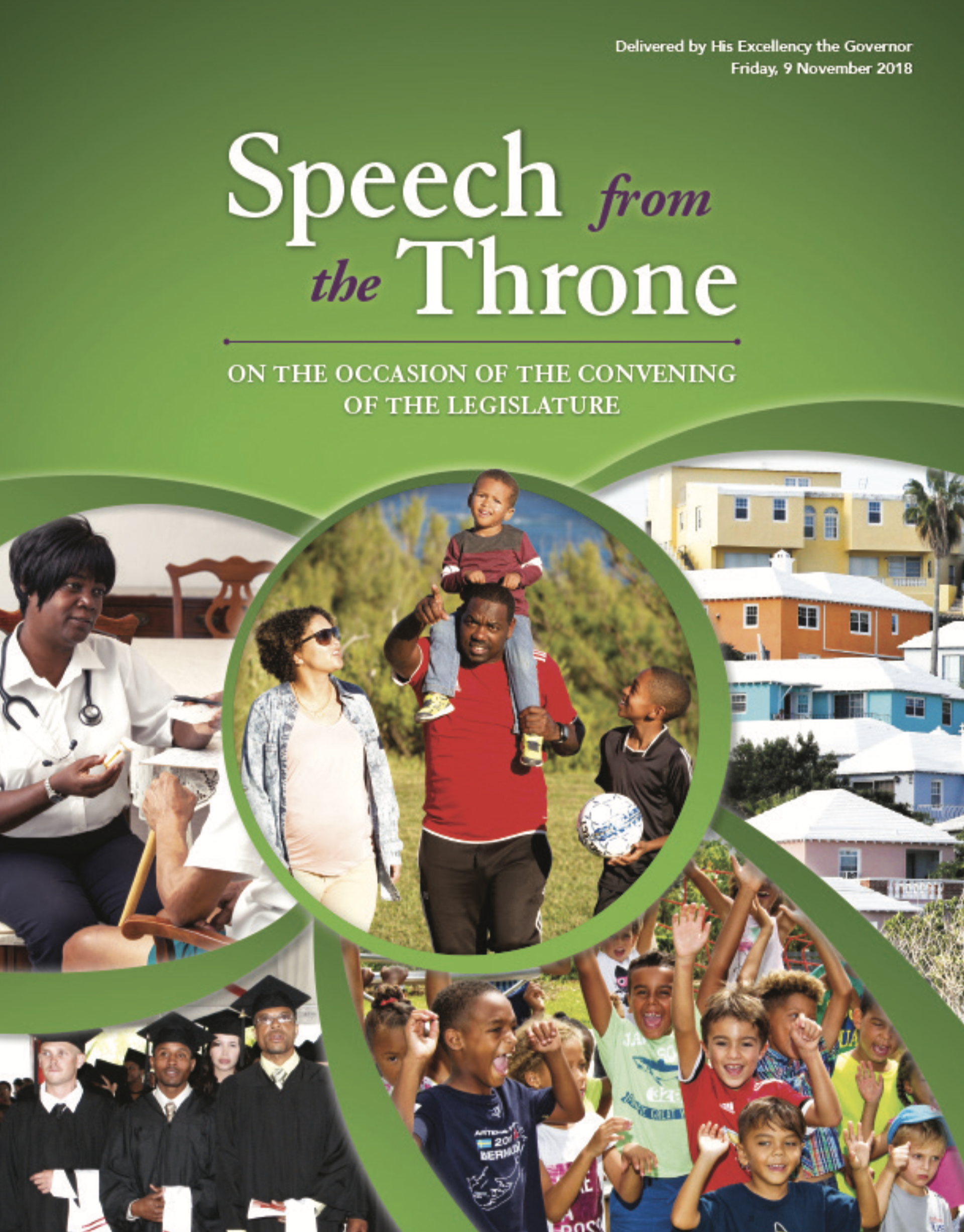 Sweeping changes that “will change the way we pay for health care and make it more affordable by expanding access to coverage at better rates”, will be put in place during this parliamentary session.

In the Progressive Labour Party’s second Speech From The Throne, Governor John Rankin said this “fundamental reform” to “advance a national health plan that will put all persons in Bermuda into either one or two health insurance pools”, aims to “reduce the cost of health insurance”.

“Bermuda’s cost of living is negatively impacted by the high cost of health insurance,” he added.

“This affects families, seniors, entrepreneurs and even international business.”

In a bid to flip the script, he noted that “Bermuda’s international insurance industry was built on the principle of reducing the costs of coverage by pooling risk”.

“If more risks are in the same pool, than the costs for everyone are lower.”

But he said: “Bermuda’s entrenched, vested interests have prevented achieving locally what Bermuda has done for the rest of the world.

“Too many Bermudian workers are working too hard for too little take-home pay.

“It is a national disgrace that anyone in our country can work one or even two jobs and still struggle to pay for basic necessities.

“The deliberate action to address the cost of living in Bermuda will be accompanied by the implementation of a liveable wage.”

Moving forward, he said a living wage regime will be enacted during this parliamentary session, following consultation on the recent report by the Joint Select Committee.

The Government also plans to reduce the cost of energy, health care and mortgages, in legislative “steps on the path to equality”.

“The Government believes that one’s primary employment should provide for one’s primary needs, and not cause one to be working to remain in poverty,” Governor Rankin said.

“Fairly compensated workers are more productive and feel invested in their employment.

“The Government has a duty to all citizens to deliver on this fundamental reform, best termed ‘workforce equity’. In addition to the liveable wage, pay equity for Bermudians and salaries that reflect their investment in education and training must form part of the necessary reforms,” he said.

In terms of economic development, he also noted that “high energy costs are among the first factors cited by investors and developers as a barrier to doing business in Bermuda”.

“High energy bills have hurt working-class Bermudians, forcing them to spend large amounts of their hard-earned money on an unavoidable expense; money that could otherwise be saved or pumped back into our economy.

“In fact, Bermudians pay the highest energy rates of any comparable jurisdiction, and these costs must be reduced.

“During this session, legislation will be advanced that provides greater powers to the Government to reduce the costs of electricity for the people of Bermuda.

“Additionally, the Government will change the structure of energy taxes to promote energy conservation by replacing the flat rate of tax on fuel imports with a progressive tax based on energy consumption.

“To increase the uptake of renewable energy, the Government proposes to increase distributed generation beyond the individual level, harnessing renewable energy for use on a community, commercial and unity scale.”

That conference is scheduled to get underway at 1:30pm tomorrow at TCD on North Street in Hamilton.