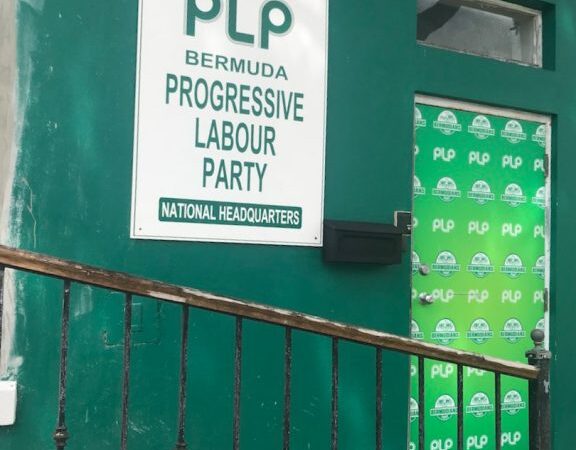 The Bermuda Union of Teachers held an “emergency general membership meeting” at St Paul Centennial Hall at 9am this morning following a breakdown in negotiations with Government for a new agreement.

In a statement released this afternoon, PLP spokesman for Education, Diallo Rabain said: “In the OBAs Bermuda, neglect of our public schools, disrespect for our teachers and ignoring the safety of our students, has, unfortunately , become the norm. Today’s protest may have come as a surprise to the OBA, but for the rest of Bermuda this latest protest was inevitable.

“It is difficult to tell people trusted to educate and protect our children that there is no money for the basic necessities to ensure them a quality education because Bermuda is broke. However, the reality is that money is seemingly endless for the OBA when it comes to the America’s Cup and other projects that they deem to be more important.

“Bermuda can do better and it will do better when we have a government that cares and invests in all of Bermuda.”

Today’s action follows a sit out by teachers at Harrington Sound Primary School earlier this week to the infestation of bird mites that saw a number of teachers and students being bitten by bugs.

And there’s the sit out by teachers and students at TN Tatem Middle School due to mould. That resulted in the school’s closure for another clean-up that saw students moved to Clearwater Middle School in St David’s for classes during the clean-up at the Warwick school.

The teachers who gathered at the Cabinet grounds today also marched through the streets of Hamilton to make their presence and feelings known.

No word yet from the Minister of the Ministry of Education on today’s developments. A request for a response by Bermuda Real remains unanswered.