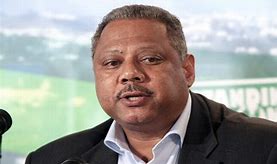 Serving in Opposition can be a long and frustrating process under the Westminster System. Victories tend to be more few and far between and often more symbolic than real. Back in July 2014, the PLP successfully overrode the then OBA Government’s opposition to a Commission of Inquiry into the “land grabs” of Bermuda’s history.

With the support of the OBA’s Suzanne Roberts Holshouser in the House of Assembly, the will of Bermuda’s duly and democratically elected representatives over the will of the government of the day, should have prevailed. Instead, the Governor refused to sign the bill saying that the rationale for a Commission was, “… not clear enough or urgent enough to require a Commission of the type proposed.”

In our election platform of 2017, the PLP pledged to set right this injustice and make sure that this dark period in our history gets the proper airing, analysis and justice, that for decades Bermudians have been crying out for and that they deserve.

I welcome the news that Premier David Burt has fulfilled our pledge to the people and is moving forward with the Commission of Inquiry. We have an opportunity to help correct some of the wrongs of the bad old days, when justice was a fleeting illusion for many and the rich, powerful and connected acted with impunity.

While some have dismissed land grab claims as urban legend or even disparaged them as fairy tales, Bermuda’s working class community knows that some of our courts, some of our banks and some of our lawyers have not always operated in an honest and just manner.

For the families that have long felt that their voices were not being heard, this presents an opportunity for their stories to be told.

For the families that have felt that justice has been denied them for so long, this presents a potential opportunity for justice to finally be done.

It has been said that those who do not learn from the past are doomed to repeat it. The actual displacement of Bermudians and the fear of displacement from our homes, our economy and our culture remains a reality to many of us. This Commission should not be viewed as an opportunity for payback or revenge, but as an opportunity for all of us to learn the truth about our history and for some measure of a healing process to begin.

It is unlikely that everyone will be happy with the results of this Commission. But that doesn’t negate the fact that it must be done. Our living elderly, and those that have passed on, deserve this commission of inquiry for all they sacrificed.