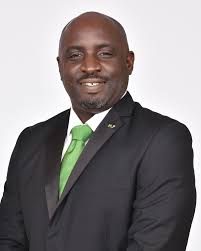 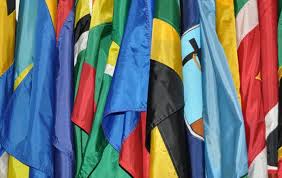 This past February, Deputy Premier the Hon Walter H Roban and I were chosen to represent Bermuda at the 30th Inter-Sessional Meeting of the Conference of Heads of Government of CARICOM held in St Kitts.

Upon arrival, we were warmly welcomed by two, kindhearted Protocol Officers, Ms Andrea Liddie and Mr Clive Caines. Both individuals made a special effort to ensure that we connected with other Bermudians living in St Kitts and also Kittitians who had connections to Bermuda such as Deputy Governor General Hon Michael Morton and his wife.

As we toured the tropical island each day, we were schooled about many historical sites and were updated about current developments that have helped to move the twin-island federation into a 21-century leader of Tourism.

CARICOM is a political organization representing the Caribbean Community of nations. Founded initially in 1973, there has been a growing membership in CARICOM by Caribbean countries.

The Conference itself was held for the most part, at the largest hotel in St Kitts, the luxurious Marriott Hotel in Frigate Bay, where approximately 85-90% of the staff, in all areas, is from St. Kitts or Nevis. It was a joy to see locals, of all ages, happily sharing their culture with guests.

We traversed the other magnificent resorts such as the Park Hyatt and Carambola for meetings on different days. Similarly, each of these resorts was proudly staffed primarily by homegrown talent. 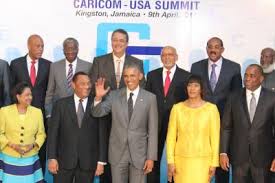 On day one of the conference, we had the pleasure of hearing from Mr. Mukhisa Kituyi, the Secretary-General of the United Nations Conference on Trade and Development [UNCTAD].

He spoke in depth about the global pressures being exerted on developing nations and the need for these nations to redefine their economies by investing in the digital economies that are growing around Africa and the Pacific. In his words, the Caribbean region should position itself to ensure that they are not left behind.

The second day of the conference saw us listening intently to the President of Estonia, the Hon Kersti Kajulaid. She spoke of the current changes in this space taking place, not only in her own country but in the neighbouring nations such as Finland and Latvia.

She too strongly encouraged CARICOM member states to invest heavily in this transformative technology.

Having listened to the presentations from both the President of Estonia and the Secretary-General of the UNCTAD, it is crystal clear that Bermudians cannot afford to listen to naysayers and must move forward, judiciously, with placing Bermuda at the forefront of Blockchain and Fintech.

With future plans for improvements in regional, inter-regional tourism, movement of Caricom nationals and food security, discussions were also held in relation to fast-ferry services that can move from island to island with ease and affordability.

It will serve Bermuda’s growing tourism product well to see direct air links to and from the region in order to tap into those 40 million persons residing in the Caribbean.

Later that evening, we were treated to a true taste of Kittitian and Nevisian hospitality when the Governor General of St. Kitts and Nevis, Sir S. W. Tapely Seaton, hosted a cocktail reception and cultural evening at Government House.

Copious varieties of delicious local dishes were served; among these was the National Dish which is comprised of seasoned breadfruit, saltfish, fried plantain and coconut dumplings.

The matter most strongly debated on the final day was the constant pattern of organisations such as the OECD routinely threatening to put Caribbean nations on economic blacklists, despite the fact that there has never any overwhelming evidence of money laundering occurring in our region.

Individually, the various Foreign Affairs Ministers spoke of the countless efforts to comply with ever-moving goalposts set out by these organisations. Below is a statement about blacklisting, by the Prime Minister of St Kitts and Nevis Hon Dr Timothy Harris.

“Each time there is one problem [and] that problem is addressed, by the next time the EU comes around there is a second and third problem. So the goal post keeps shifting in a way that makes management of the industry difficult and creates uncertainty.”

For Bermuda, the British Virgin Islands and the Cayman Islands, the percentages are much higher. Subsequently, we are all facing the same challenges in one shape or form.

What was most interesting, was that every country stated that there is a need to have a unified voice and have permanent representation in Brussels in order to help defend our positions.

We also endorsed the issues deliberated on prior days. Additionally, further discussions were held in relation to the applications for Associate membership in CARICOM from the following islands; Aruba, Curacau and Sint Maarten.

Deputy Premier Hon. Walter H. Roban voiced that it is very encouraging to see other islands wishing to join the ranks of associate membership.

Of most importance, to us here in Bermuda and other British Overseas Territories [OTs], was when Deputy Premier Roban spoke passionately about the release of the recent report by the UK House of Commons Foreign Affairs Committee [FAC].

As this topic was not on the agenda, copies of the report were presented to all Prime Ministers in order for them to be fully briefed as to the implications of the suggested recommendations, In particular, the recommendation to allow UK Citizens to vote and run for office in the OTs.

Needless to say, the entire conference saw this as a form of recolonization, that should never take place.

In 1946 the nations of the world formed the United Nations.

In 1993 the major nations of Europe formed the European Union.

These nations have utilised their unions to forge long-lasting relations that serve to build relationships, trade and peace between member states.

So too, is the need for us in the Caribbean, to build relations, trade and peace amongst ourselves. After all, there is no other region that will have our concerns as priorities, but we in the region ourselves. We may differ in size, but within the CARICOM orbit, we are equals.

With the ongoing threats of blacklisting, climate change and international terrorism, now more than ever, all Caribbean countries must proudly unite and work together on a daily basis.