Members and supporters of the Progressive Lat Paulbour Party attended the Opening Night of the 52nd Delegates Conference at St Paul Centennial Hall on Wednesday evening.

Guests were treated to performances by the CedarBridge ensemble Brothers in Music, Bermuda Idol Jesse Seymour, and an acapella gospel selection.

Mr Darrell said he was “extremely pleased with the turnout and the positive feedback” the party has received from those both in attendance and those who viewed it online.

“It is refreshing to see such interest in our conference,” he said. “The Party and the Parliamentary group are working diligently to deliver for Bermuda, and thank the community for their support.”

Premier Burt updated attendees on the status of the 100 day goals, highlighted and congratulated those constituencies that turned PLP this election, and concluded his address by bringing the entire Parliamentary Team on stage for recognition. 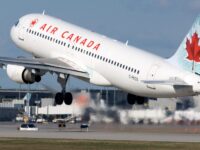