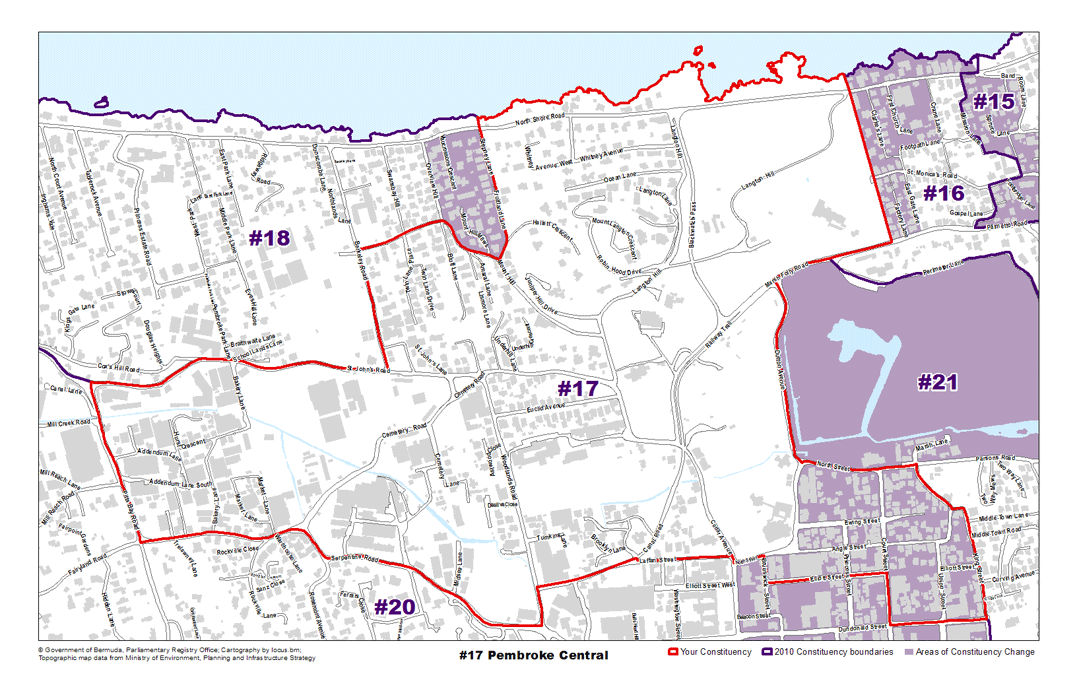 Word of internal wrangling over just who will vie for the seat vacated by the late Walton Brown surfaced in an email circulating this week, indicating a stand-off.

This after Senator Jason Hayward was said to be the only Progressive Labour Party candidate put forward by Pembroke Central’s sub-committee.

But the email claimed 65 percent of the party’s branch members voted against Mr Hayward on Sunday, and that a motion to field Jamaine Smith was ignored by Premier David Burt, who reportedly attended the branch meeting.

According to the email, the Premier’s “decision to take over and control” the meeting “could be misinterpreted as him influencing the process or demonstrating favouritism” towards Mr Hayward.

Supporters of Ms Smith maintain that she should be the PLP candidate in the upcoming bye-election on November 21.

“We ­— the Progressive Labour Party — should accept the will of the members of the branch, C17.” the email added.

Mr Burt is also said to have indicated that 293 voters were polled last week and that respondents were asked about possible candidates “against prospective OBA candidate Nick Kempe”, the Opposition Leader in the Senate.

Curtis Richardson, who contested Paget East in the last General Election and a bye-election following the retirement of OBA MP Grant Gibbons, was 2 percent behind Mr Kempe. PLP Senator Vance Campbell was 8 percent behind.

The email also stated: “With quorum established, the branch members of Constituency 17 listened to the persuasive recommendations and explanation around the science and importance of polling made by MP Chris Famous, sub-committee chair, and the party leader and Premier David Burt on the importance of the branch approving the sole candidate recommended by the Campaign Sub-committee, namely BPSU President and Senator Jason Hayward.

“Sixty-five per cent of the branch members voted against the recommendation of the campaign sub-committee and party leader.”

The result suggested that Mr Hayward “cannot be presented to the branch again, at a later date, for adoption as the candidate for Constituency 17”, the email added.

According to the poll ratings for the proposed PLP candidates put Senator Hayward in the lead, Mr Scott in second place, Ms Smith and Senator Campbell were both third – all ahead of Mr Richardson in fourth place.

It was also noted that Ms Smith “was only officially notified by the Candidates Committee, via e-mail on Saturday, October 26,  2019 at 2.27pm” and “that she had been cleared as an approved candidate to participate in the pool of candidates for the branch meeting on Sunday October 27 at 5pm”.

The email, addressed to the party’s Chairman and the candidates sub-committee members also pointed up “potential irregularities” at the meeting.

“The party leader decided to take over and chair a branch meeting, presumably to direct the branch and persuade them to accept the recommendation of the candidates sub-committee, which was nonetheless rejected.

“We note that, although the PLP constitution permits the party leader to be ex officio chairman of all committees and party organs, including branches, that his decision to take over and control the constituency 17 branch meeting, on October 27, 2019, appears unprecedented in contemporary PLP history and could be misinterpreted as him influencing the process of demonstrating favouritism towards the sole male candidate recommended by the candidates sub-committee, against the will, and 65 per cent vote, of the branch,” the email said.

“A motion was put on the floor by branch member Ms S Smith, as follows, “that the branch adopt Jamaine Smith as the candidate for constituency 17”, this motion was seconded by Ms Simmons.

Two branch members also commented that there was a substantive motion on the floor, yet, the party leader decided to ignore it and did not put it to a vote.

With the majority vote against adopting Sen Hayward as the PLP candidate, the polling results and favourability ratings, together with the motion, all pointed up that Ms Smith should be the candidate to “represent constituency 17”.

As a result, the email said: “Kindly advise where Jamaine Smith should present herself on October 29, 2019 to be formally announced as the candidate.”

No announcement was made – today is October 30 and as of Wednesday morning there was still no official word from the PLP.

But a party spokeswoman said the PLP’s “candidate selection is an internal process and therefore will not be discussed in the media”.

“It is customary that when the party selects a candidate, they are announced to the media at a press conference. The same practice will be followed when a candidate for Constituency 17 is selected,” she added.

Meanwhile, former One Bermuda Alliance candidate, Andrew Simons has confirmed that he will not stand as a candidate in the upcoming election.

Nomination Day is November 7. Pembroke Central constituents go to the polls on November 21, 2019.