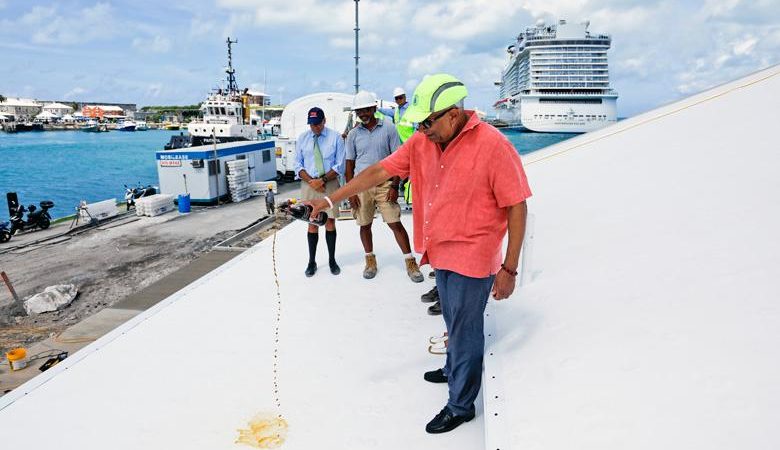 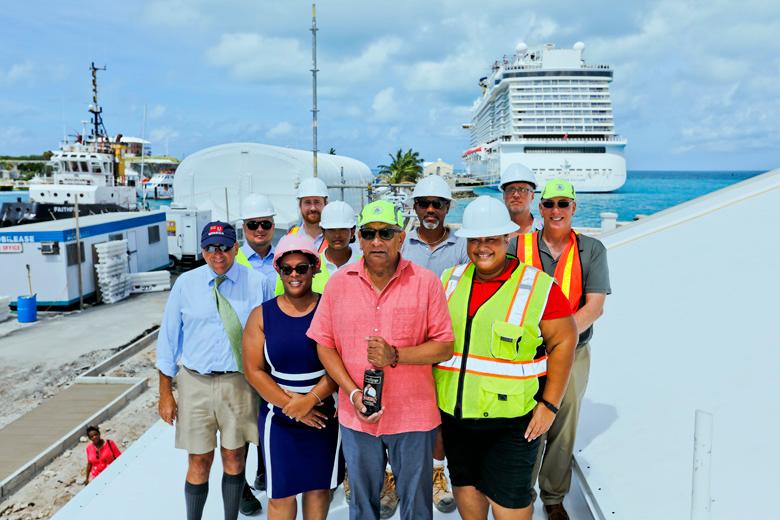 A roof wetting ceremony with the traditional black rum was held at King’s Wharf this week, marking the end of the first phase of redeveloping the dock and a new terminal building.

Now that the first phase has been completed, plans are underway to expand the dock to accommodate even larger cruise ships in the future.

“This part of the rebuild is phase one, the next phase, the costing of which has not yet been finalised, is to provide for the extension of the dock by 100 feet on either side of the terminal building to accommodate larger ships with four gangways and provide a better service area for gray water sewage and garbage disposal,” said Colonel Burch.

He noted that it was decided earlier to build the new dock with concrete slabs and ship it to Bermuda.

“We decided to transport a third of the dock on a weekly cargo vessel and the remaining two-thirds of the dock would be transported to Bermuda on a cargo ship chartered specifically for this purpose and unloaded directly here in the Royal Naval Dockyard and stored on Cross Island.

“This approach would meet the demands of the construction schedule and essentially produce a savings of approximately $400,000. 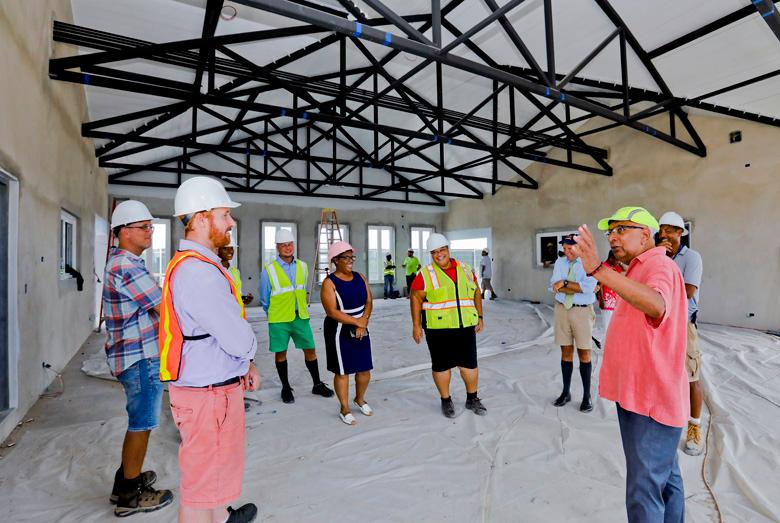 “A number of other factors were implemented to enhance the construction and expand the life expectancy of the wharf,” he added.

“The 2014 estimate for these works was $20 million, but with savings from the re-use of some of the piles and the use of pre-cast slabs, the revised budget was set at $15 million, including contingencies. That part of this exercise was led by Project Manager Bermudian Civil Engineer Carmen Trott and a team from the Ministry ably supervised by the Chief Engineer.”

The new terminal is being built by Overnight Construction.

Demolition of the previous terminal and the entire dock started on November 17, 2018.

“Following a comprehensive inspection in 2014 deck problems were clearly identified in the report at that time estimated a replacement cost of the deck and terminal building at more than $20 million,” said the Minister.

“The Ministry initiated an accelerated replacement program in order to meet the critical deadline of April 10, 2019, the arrival of the first cruise ship of the season.

“The consequences of missing that deadline would have incurred a half a million dollar penalty for every visit that the ship could not dock at King’s Wharf. We identified Pre-cast Systems of New Jersey, who had previously supplied us with concrete slabs to create a temporary pedestrian walkway atop the compromised deck at King’s Wharf.” 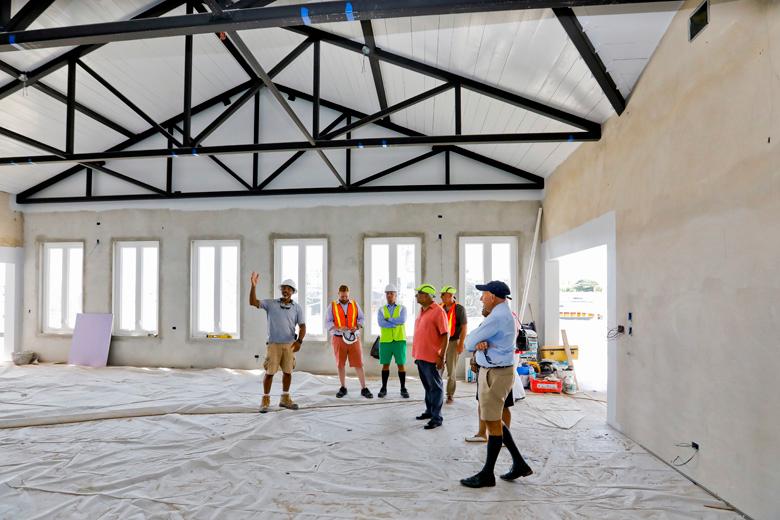 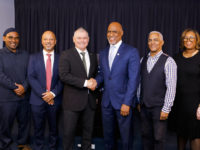 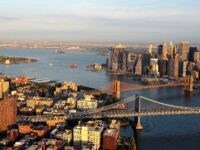 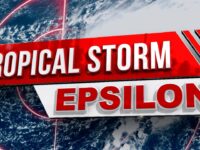 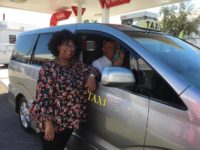