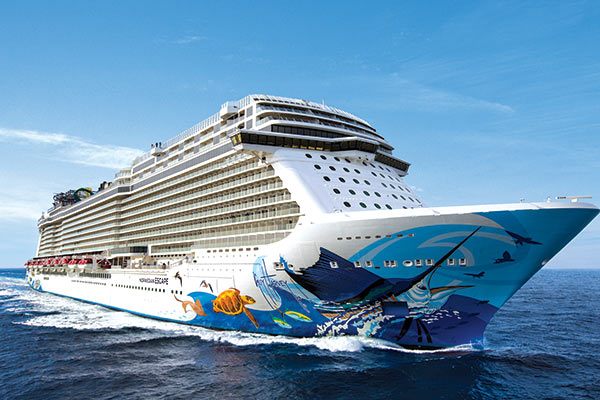 SAN PEDRO, Calif. (KABC) — Nineteen people were disembarked from a cruise ship at the Port of Los Angeles Sunday morning after they reported falling ill just one week after a similar incident on the same boat.

The Los Angeles Fire Department responded to the call shortly after 5am and were medically evaluating the passengers from the Norwegian cruise ship for an “unspecified illness”. The department later added that they checked out the people who said they had flu-like symptoms but none of the patients had a fever or requested to be taken to the hospital for further treatment.

Jason Comet, a passenger on the ship, began feeling sick with stomach cramps on Thanksgiving Day and was isolated in a room for 72 hours. Comet said medical staff on the vessel diagnosed him with acute gastroenteritis.

Last week’s incident involved six people who were medically evacuated after they reported falling ill. Some of those passengers were transported to the hospital but none of them showed life-threatening symptoms. Cruise line officials did not comment on the previous incident.

A spokesperson for Norwegian Cruise Line issued the following statement: “The safety, security and well-being of our guests and crew is our number one priority. As such, we operate at the very highest public health standards. During Norwegian Joy’s Mexican Riviera sailing, a few guests on board experienced a stomach related illness. To mitigate any impact of this rare occurrence, we implemented stringent sanitation procedures. As always, we will continue to monitor this situation.”